The Huracán exudes a sense of drama from every angle, and that’s just as true inside. In the middle there’s a fighter jet-style starter button that complements the angular design of the switchgear, which in turn mirrors the car’s edgy exterior design. Even the centre of the steering wheel has a distinctive hexagonal design that’s continued on the air vents and instrument binnacle.

For all that style, the 12.3in digital instrument dials behind the steering wheel are easy to read and highly configurable, showing you everything from a full-sized map to your music selection. The infotainment arsenal was also updated for the Evo, giving the Huracán DAB, Bluetooth, the option of smartphone mirroring, cruise control, a rear-view camera and a slick 8.4in central touchscreen that replaces the previous car’s buttons and dials on the centre console.

The central touchscreen controls the air conditioning, seat heating and DAB radio stations. It looks slick, but by eschewing physical buttons in favour of a touchscreen, even changing the volume setting is distracting on the move, because a button on a touchscreen is impossible to find unless you take your eyes off the road. Lamborghini has tried to get around this by incorporating shortcuts: for example, you trace two fingers up and down the screen, or tap three fingers anywhere on the screen to mute it. It works in theory, but still proves difficult in  motion. It’s also massively frustrating that you don’t even get one cupholder (the Huracán’s Audi R8 cousin gets two).

The Huracán's interior does feel well screwed together, though. Much use is made of soft-touch plastics, and the car we drove featured forged composite  (high-tech carbon fibre) interior parts to keep weight to a minimum. That said, the cheaper Audi R8 feels just as plush, if not quite as glitzy in its design.

Visibility to the rear is pretty restricted in the Huracán; the chunky, raked rear pillars create big blind spots. The standard electrically adjustable seats are comfortable and very supportive – you don’t need to add the optional hardcore bucket seats. 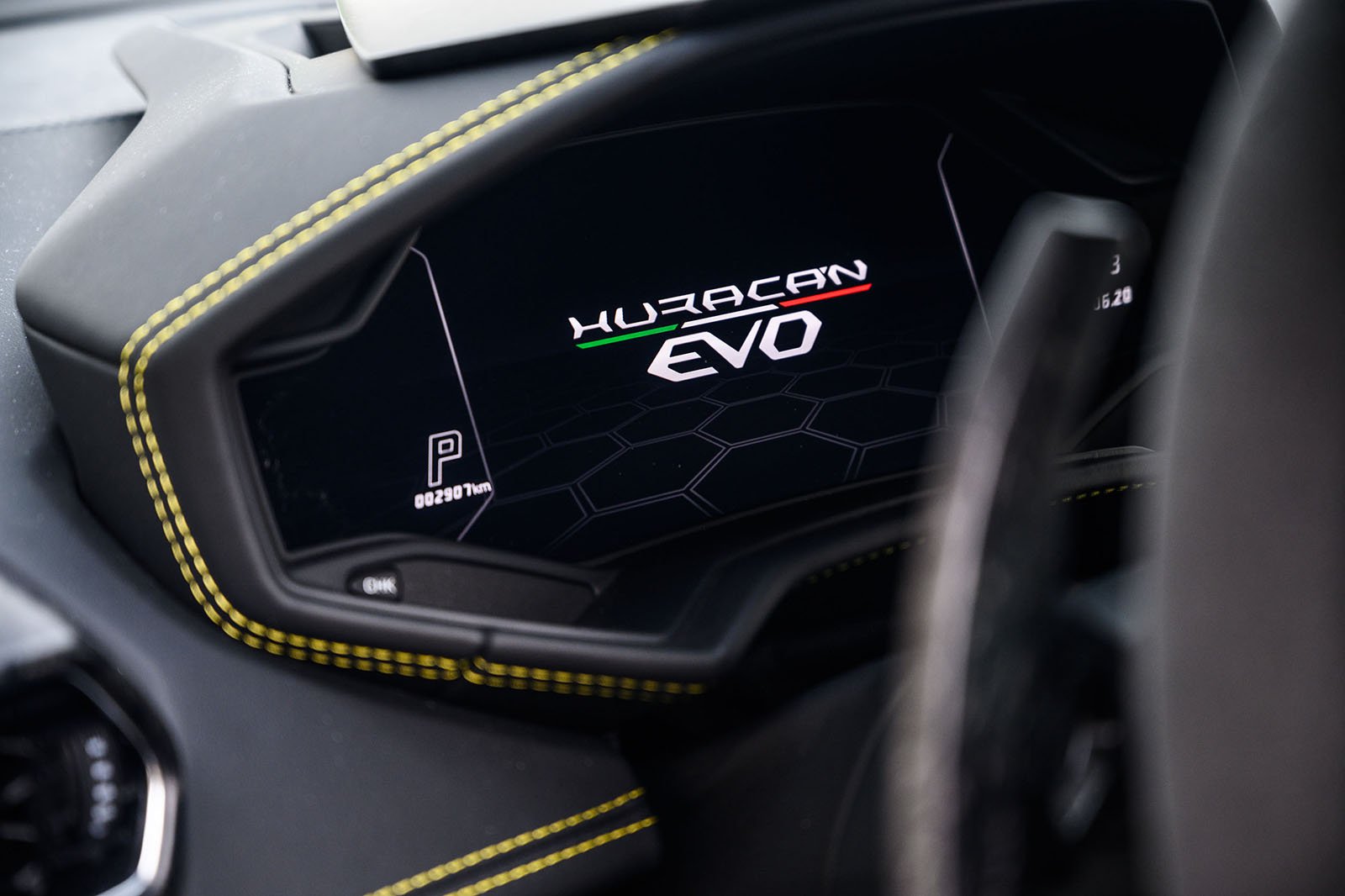