What used Land Rover Discovery 4x4 will I get for my budget?

How much does it cost to run a Land Rover Discovery 4x4?

Buying a used Discovery is not too painful an experience. It costs pretty much the same as a Jeep Grand Cherokee and much less than a Mercedes M-Class of the same age.

Look at servicing, too, and it's much the same story: the Discovery looks pretty good next to the likes of the M-Class and Mitsubishi Shogun. It's a couple of insurance groups lower than the Grand Cherokee, which further helps to keep running costs down.

The diesel's 30mpg also looks perfectly respectable by the standards of big 4x4s, but the V8 petrol returns just 17mpg on the combined cycle, which is well behind rivals from Mitsubishi and Mercedes.

To cap it all, Warranty Direct tells us that, when you need to have repairs done, average Land Rover dealer labour rates are among the highest. 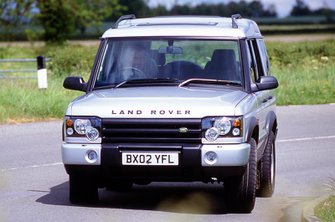