We’re sure most Range Rover Evoque Convertibles will spend their entire lives on the road, but Land Rover has made sure that its new drop-top is just as capable off-road as the hard-topped variant. To cope with the kind of abuse that could entail, it has added several hundred kilos of reinforcement to the Evoque’s underbelly.

The good news is that the Evoque feels solid, with very little of the flex and shake that some convertibles suffer from. Yes, there is still the odd shimmy on very rough surfaces, but it’s better than many rivals out there. Unfortunately, there is a price to pay.

With the additional bracing underneath, the Evoque Convertible weighs in at very nearly two tonnes before you’ve even put a driver behind the wheel. Naturally that blunts both performance and handling. We recorded a 0-60mph time of around 10.5sec for the 178bhp 2.0 TD4 180 diesel, which isn't outright slow, but it is pedestrian enough to require plenty of planning when overtaking on a single carriageway. Both the 237bhp diesel and petrol versions are significantly faster, but even these still need working hard to deliver any real performance.

You can feel the additional weight when cornering quickly, and especially when braking hard. Stamp on the middle pedal and the nose dives noticeably, although to be fair it still scrubs off speed pretty effectively in the process. In the bends, meanwhile, you notice plenty of body lean, and the Evoque Convertible doesn’t feel overly keen to change direction quickly; a BMW 4 Series Convertible is far more agile. Even so, the ride is quite firm at low speeds, thanks in part to the big wheels that come as standard. The ride isn’t helped by the fact you sit so high, amplifying any movements and leading to your head being jostled around, which can be off-putting.

As you pick up the pace the ride smoothes out but it is never totally settled, and those big tyres produce quite a bit of road noise. When up, the well-insulated roof keeps wind noise well supressed though, and when it’s down with the optional wind deflector fitted, there’s not too much buffeting, either.

The automatic gearbox tends to be a bit slow-witted, leading to a noticeable delay when accelerating from a standstill. Once rolling it shifts smoothly, though. 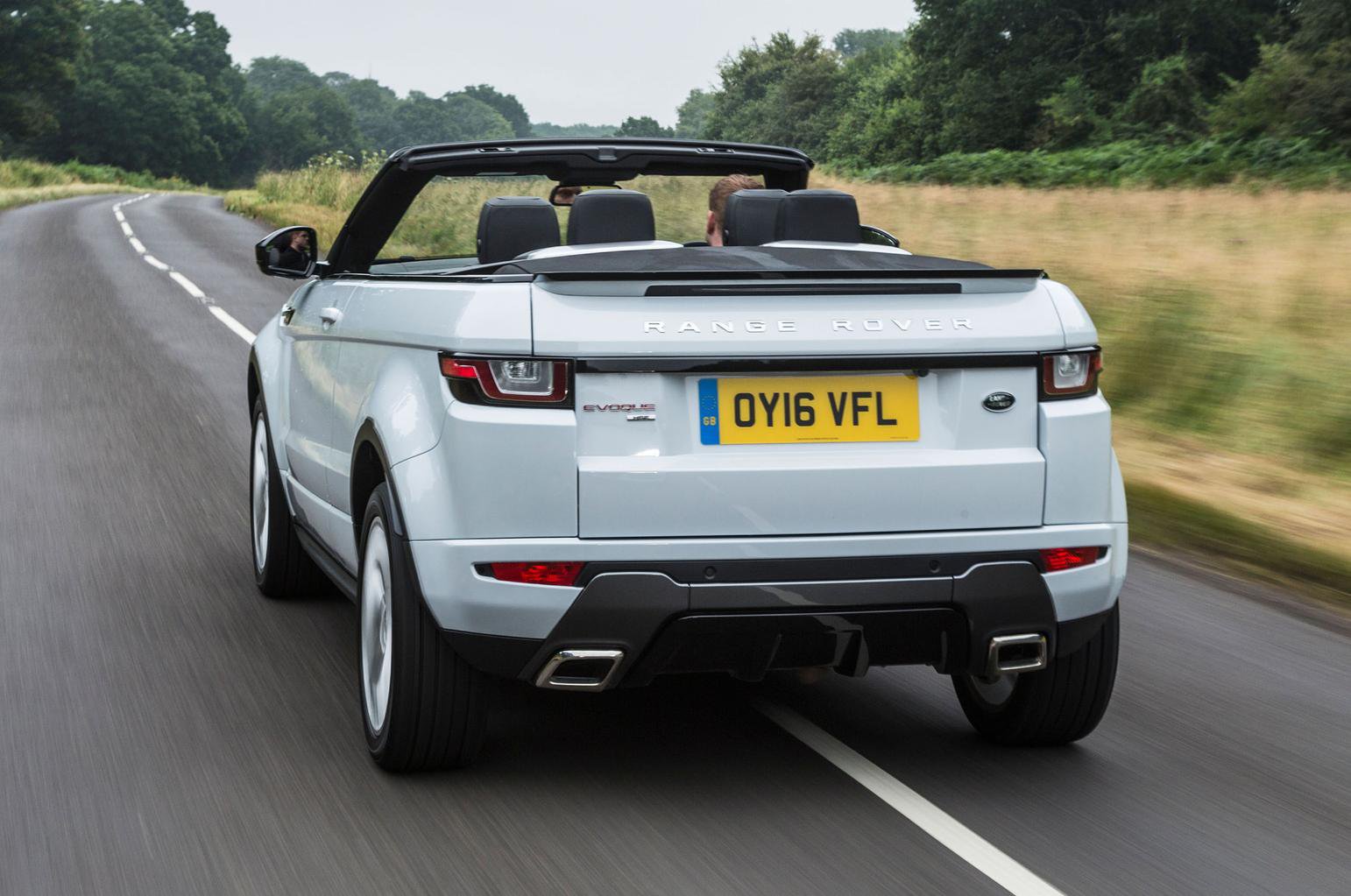