The RX L may have a rather rakish profile for an SUV, but that has little impact on the interior space. Up front, there’s plenty of room for tall adults and the interior feels suitably airy. Big, adjustable door pockets, large cupholders and a number of clever storage cubbies mean you won’t be short of places to put your phone or other paraphernalia.

In the middle row, there’s room for three adults, but the middle passenger will have less head room than the others due to the higher-set middle perch. With no central tunnel in the floor, though, the centre occupant will have plenty of space for their feet. Takumi trim gets the option of two individual 'captains chairs' with their own armrests and cupholders, although that leaves a big, empty space between the seats. There’s no limo-like centre console here.

Even with the middle row of seats slid forwards to increase leg room for those in the very back, the RX L should really be approached as a five-seater with two occasional seats. For a luxury SUV that really can be described as suitable for seven adults, have a look at the Land Rover Discovery. At least the third row of seats is electrically operated as standard.

Still, to accommodate the third row of seats, the RX L is longer than the standard Lexus RX and that has added to its versatility in other ways. Boot capacity has risen by about 50 litres – roughly enough for one extra carry-on suitcase. While there’s not much space for luggage with all seven seats in use, when the third row is folded you can get extra boot space by sliding the second row forwards.

With all the rear seats folded in seven-seat versions, there’s a pretty flat load area that makes it easy to slide long items in. However, the big empty space between the middle chairs of six-seat Takumi models creates a large gap in the extended load bay that smaller items can easily fall into. There are plenty of hooks and tethering points to stop luggage rolling around, and you get a 12V outlet in the boot. It’s ideal for powering a portable vacuum cleaner after returning from a trip to the beach. 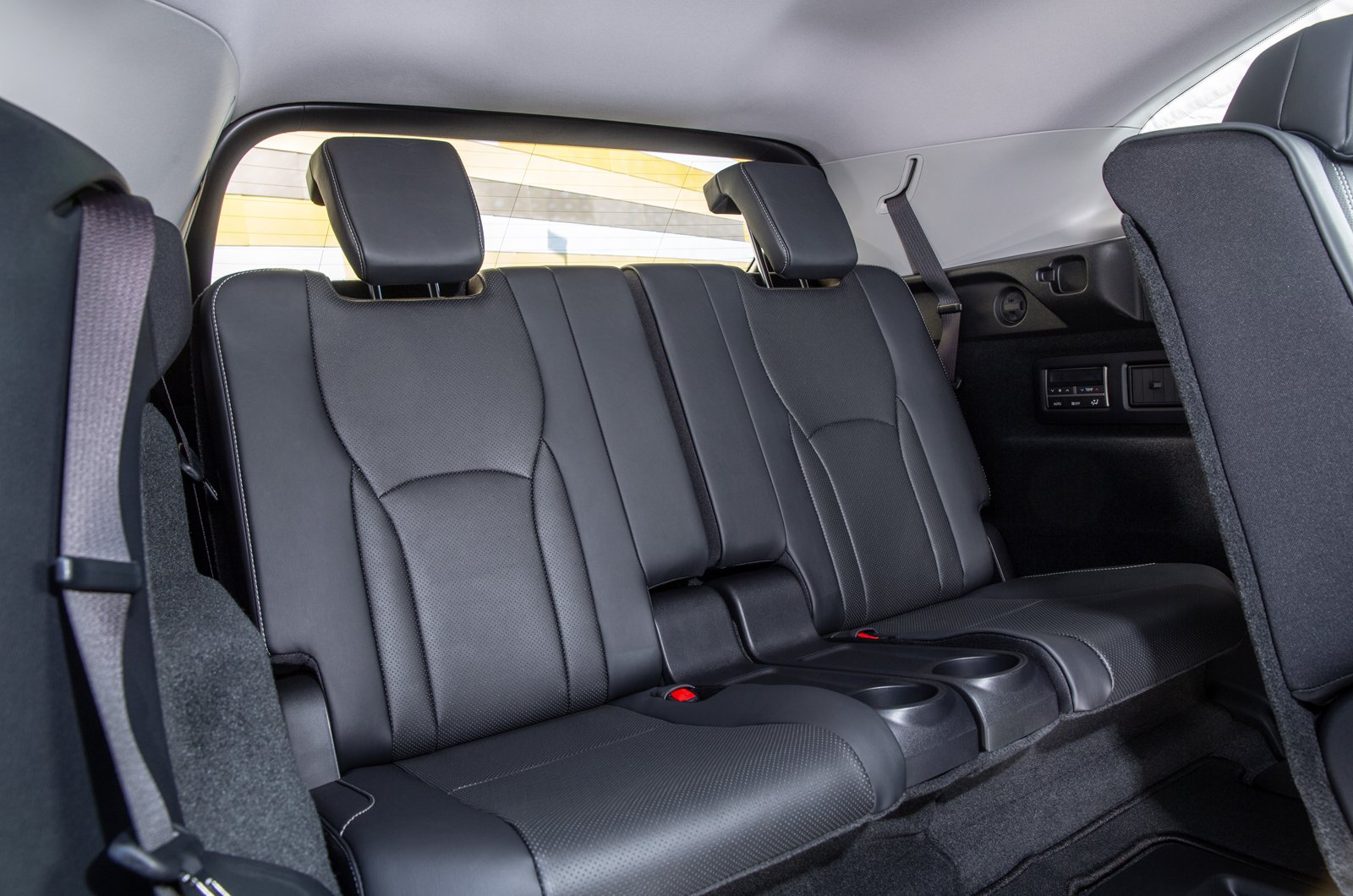