Which used Lexus RX 4x4 should I buy?

So limited is the choice of models that your biggest decision is over what colour you want. The RX was on sale as a new car for less than three years, and throughout that time, it only came with one engine (a 3.0-litre V6 petrol) and one gearbox, a four-speed automatic.

The choice of trims is between standard and SE only. However, the basic car is so well equipped that there's precious little point shelling out the extra for the SE.

All models have an automatic gearbox, climate control, a CD changer, all-round electric windows and electric mirrors, as well as anti-lock brakes, traction control and four airbags. On top of that, the SE has an electric sunroof, leather upholstery and cruise control, but the difference in price between the two models is well into four figures, even in the used market. 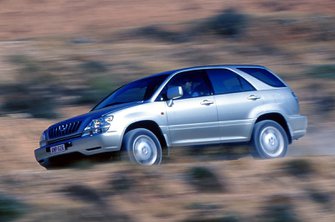