The UX300e has a 54.3kWh battery and an electric motor that powers the front wheels. It delivers 201bhp and 221lb ft of torque, and its 0-62mph time of 7.5sec makes it quicker than cheaper electric SUVs such as the Kia e-Niro and Peugeot e-2008, but it’s significantly slower than a Tesla Model 3 or Polestar 2. In other words, it feels peppy off the line – in fact, if the road is wet, the UX relies quite heavily on its traction control system to prevent its front wheels from spinning up – but once you get up to motorway speeds acceleration does start to tail off a bit.

There are several drive modes to choose from (of which Sport provides the best accelerator response), as well as two energy regeneration regimes, D and B, in which the car will slow you down simply by lifting off the accelerator. In the latter mode you can alter the regenerative effect by using the paddles behind the steering wheel; with the amount of power recovered is increased when the regenerative braking is turned up. Even in its most aggressive mode, though, its effect isn’ t pronounced enough to allow 'one-pedal driving' like the Nissan Leaf's system does.

Perhaps if the regen effect was a little stronger it might make the power reserves of its 54.3kWh battery go a little further – as it is, we’d expect to see around 150 miles of range in mixed real-world conditions. We’ll be putting it through its paces in our Real Range test in the future.

To handle the extra weight added by the electric version’s batteries, the UX has received extra structural bracing, and its dampers have been reworked to maintain optimum weight distribution. But don’t go into a test drive thinking the UX300e is a ‘sporty’ proposition. Its steering is accurate enough, but feels oddly elasticated around the straight-ahead. There’s also quite a bit of body lean if you go thundering into a tight corner and the front end runs out of grip comparatively quickly.

This soft suspension set-up delivers a respectable ride, especially on the motorway, where the car adopts a nice relaxed gait. Around town, while it struggles a little to round off the kicks and knocks generated by sharper-edged potholes and ridges, it’s more comfortable than the Model 3 or Polestar 2. 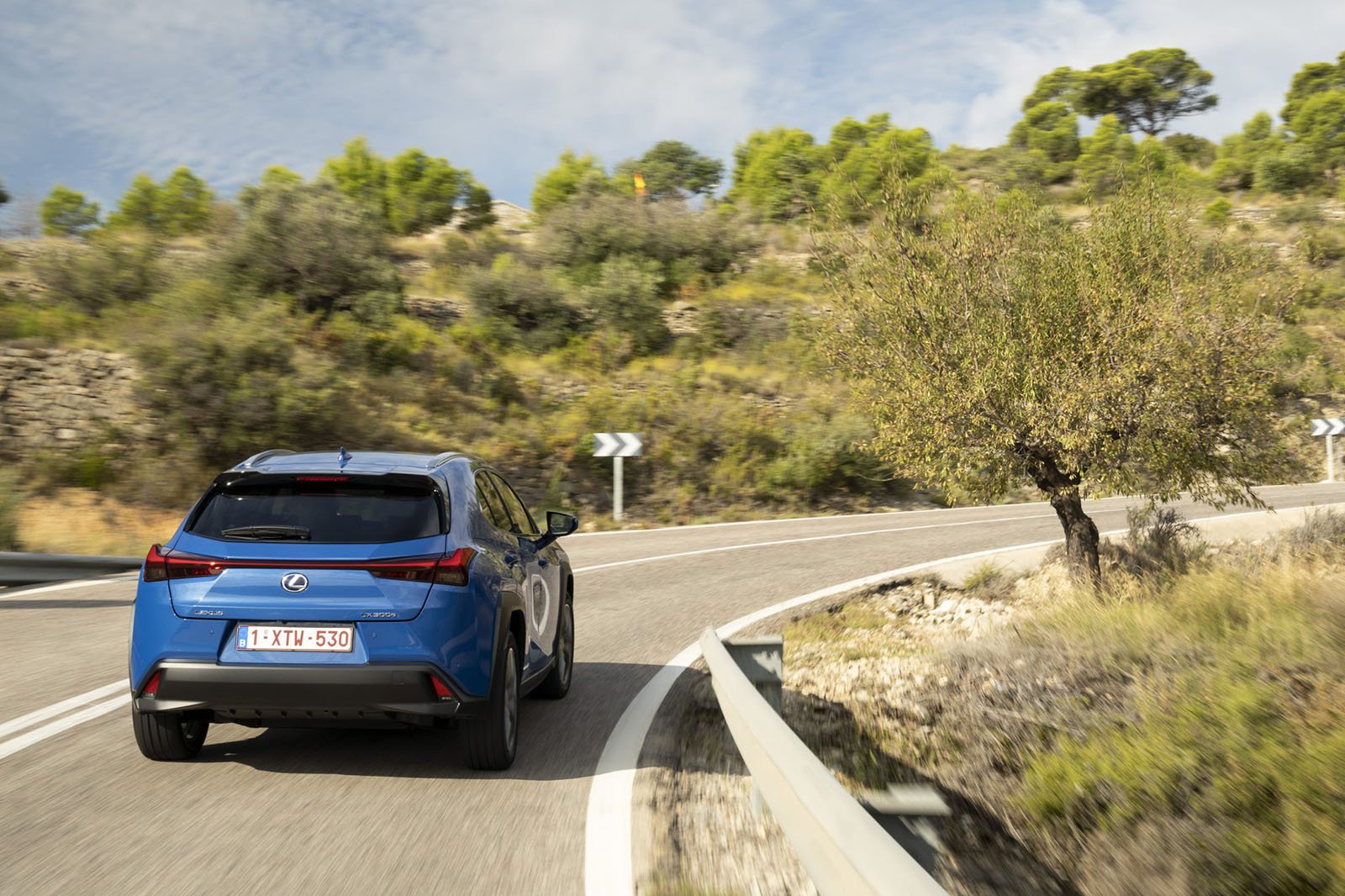