Which used Lotus Elise sports should I buy?

Pick an early car - which is what we recommend - and the choice is very simple. Your Elise will be powered by a 1.8-litre Rover-sourced engine, which knocks out 120bhp. This may not sound like a great deal but the Elise's lightweight design means that performance is excellent regardless. The 0-60mph sprint will still be covered in 5.6 seconds.

The more powerful 111S was introduced a bit later and uses a 143bhp version of the Rover engine, making it even quicker.

After the car was face-lifted (2000), Lotus brought out the Elise 111R. Instead of the old Rover block this version used the 189bhp engine from the Toyota Celica. Predictably, the 0-60mph time was cut to 4.9 seconds. That's plenty fast enough for most of us. 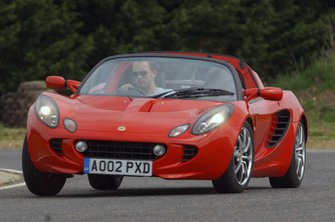