Sadly, the diesel unit is nowhere near as refined as rival engines. It grumbles to life, sends noticeable vibration back through the steering wheel and pedals, and never ceases its gravelly hum, even when you’re up at motorway speeds in eighth gear.

The diesel car never feels particularly brisk, either, whether from a standstill or a rolling start. So, if you want your Ghibli to accelerate like a performance saloon, you need one of the petrol versions; even the 345bhp one feels properly quick, helped by an automatic gearbox that responds sharply when you’re using the (optional) paddles.

What lets the petrol engine down is refinement; it makes the right noises when you rev it, but transmits too much vibration through the floor of the car.

None of the Ghibli's three driving modes, called ICE (Increased Control and Efficiency), Normal and Sport, really fits their billing. Sport primes the gearbox and weights the steering and, on models with the optional Skyhook damping control, stiffens the dampers, but the Ghibli never feels as eager to change direction or as comfortable being pushed as a BMW 5 Series.

Softening the dampers in Normal mode doesn't help the ride, either. In Sport, the Ghibli shimmies and skips sideways over ruts mid-bend, while in Normal the extra breathing space only sends the body shuddering in a more pronounced way, because the wheels pick up on too many scars in the asphalt. 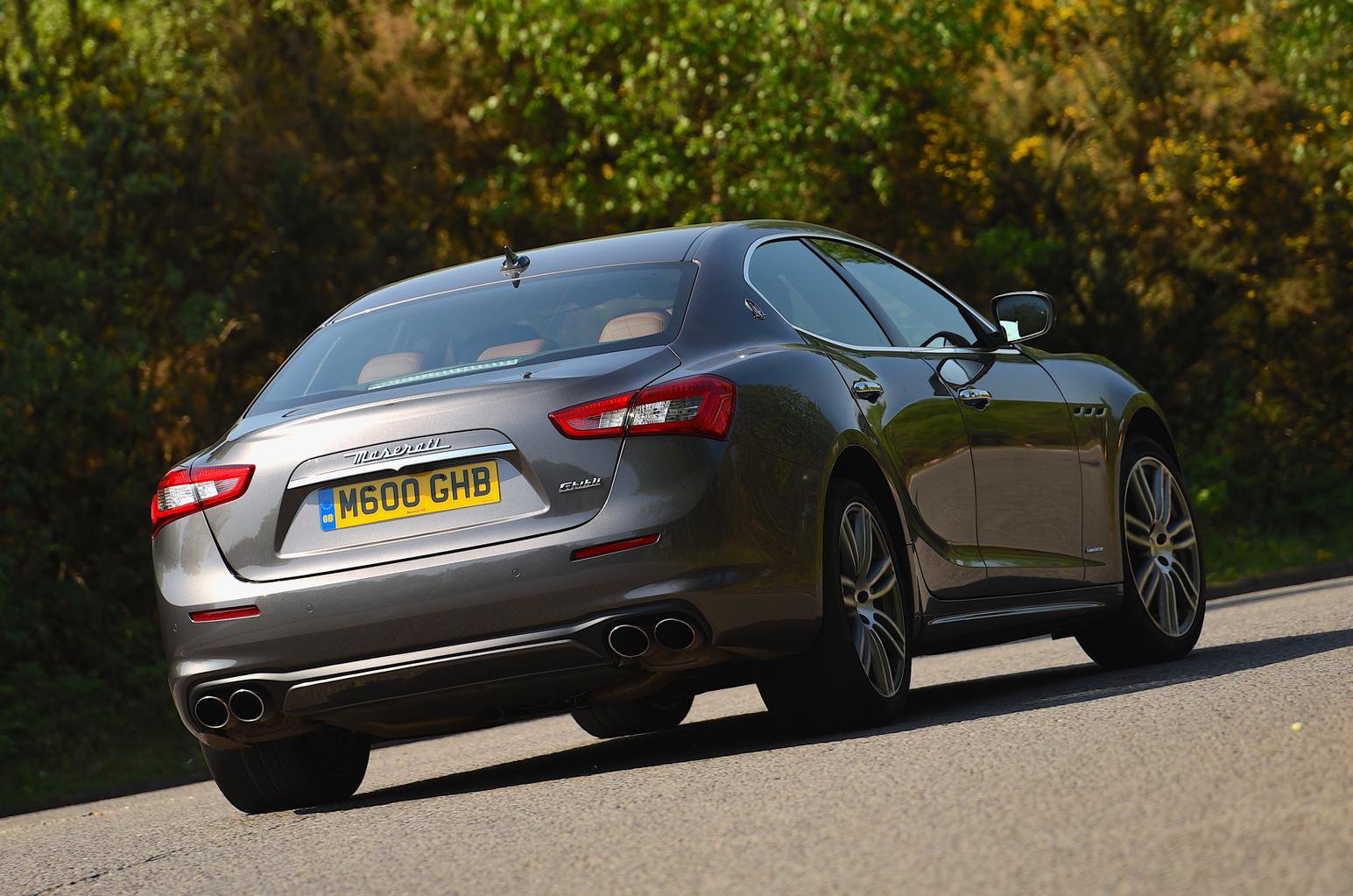