What used Maserati Spyder sports will I get for my budget?

How much does it cost to run a Maserati Spyder sports?

A Spyder retains only 45% of its original value after three years so second-hand buyers will save serious amounts of cash if they invest in one. It could be a wise buy since they are relatively rare and that exclusivity could catch on and make this a sought-after model, keeping values solid in the longer term.

Few Spyders were imported and buying a used Maserati is not the kind of gamble it used to be 10 or so years ago. Prices appear to be stabilising after the initial depreciation period.

Like any luxury car, it's not cheap to run. Unsurprisingly, servicing bills are steep, you'll only get 15mpg and it's in insurance group 20. But, if you're in the market for a Maserati, that probably won't worry you too much. 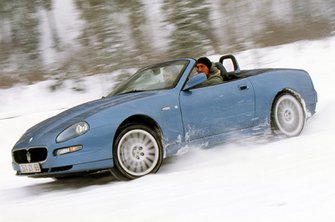