There’s a good range of adjustment to the seat and steering wheel, including height adjustment on all versions, so even tall drivers should be able to find a good posture. The seat cushions are quite hard, though, and aren’t the most comfortable on longer journeys.

Electric seats aren’t available on any of the trims, but that’s in line with most of its rivals. The pedals line up nicely with the driver’s seat, too, for a comfortable driving position.

The windscreen pillars are relatively slim and the side windows large, so your vision forwards and to the side is pretty clear. Rear visibility is less generous, as the 2’s sloping roofline and rear styling conspire to leave you with a smaller-than-average rear screen.

All trim levels give you rear parking sensors, while top-spec GT Sport Nav adds a rear-view camera. That trim level also gives you a head-up display that places your speed, current speed limit and even sat-nav instructions right front of you, lessening the need to take your eyes off the road.

While entry-level SE-L models make do with a simple monochrome display, SE-L Nav versions and above boast an impressive infotainment system that’s one of the 2’s strongest virtues, counting Apple CarPlay and Android Auto smartphone mirroring among its features.

It features a 7.0in touchscreen that’s responsive in use, although some of the icons are fiddly. More intuitive, though, is the large, conveniently positioned rotary controller that sits between the front seats; it’s a much less distracting method to scroll through the various options, and is simple to use on the move.

The soft-touch materials on the dashboard feel surprisingly classy while the leather-wrapped steering wheel and gearknob sit nicely in your hands. Some other bits of the interior feel lower-rent, though, including the scratchy plastics in the storage area by the gearlever, and the fake carbon-fibre on the inside of the doors. 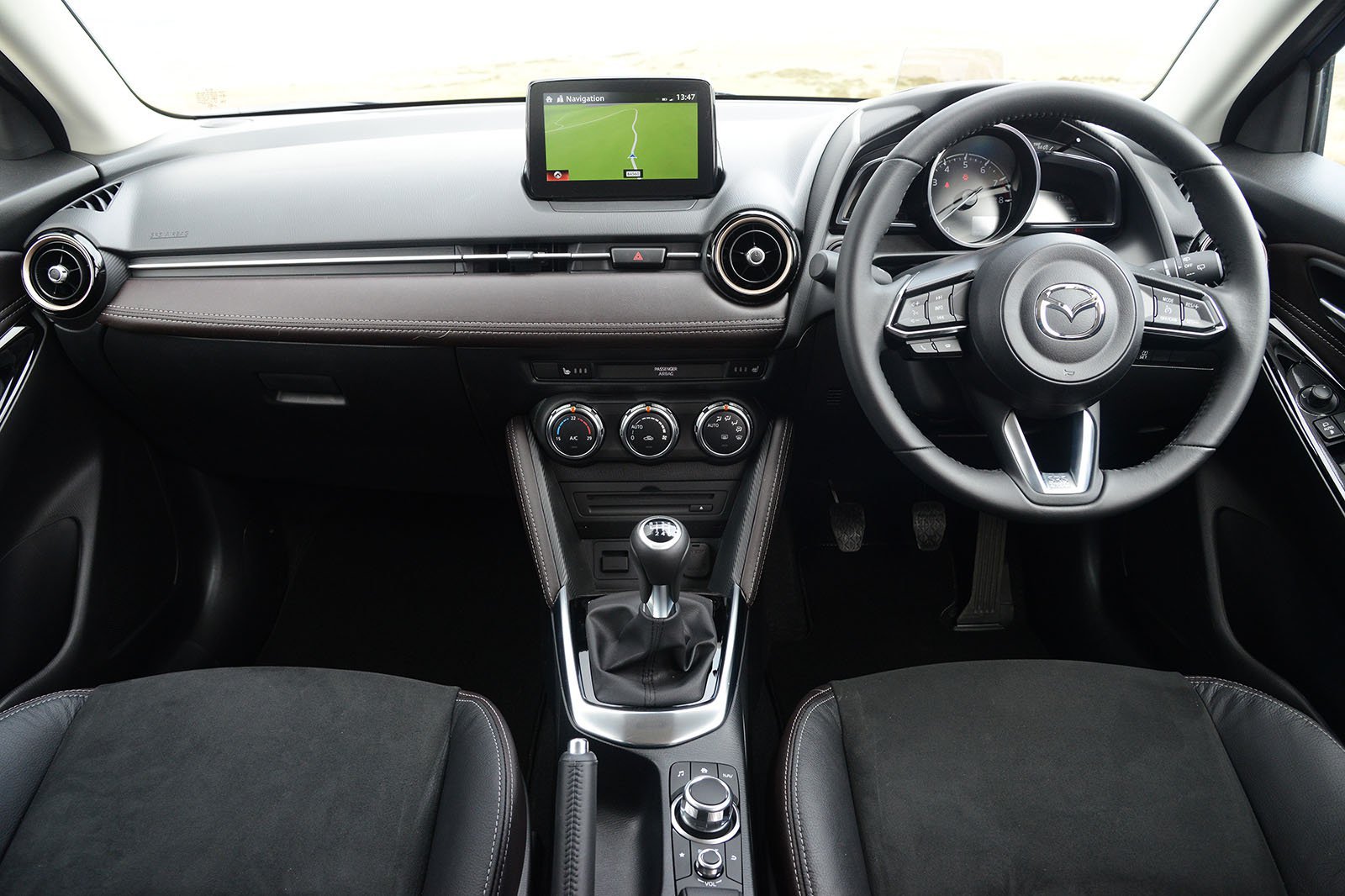