What used Mazda 2 hatchback will I get for my budget?

How much does it cost to run a Mazda 2 hatchback?

The 2 is reasonably cheap to buy from new, but fairly strong residual values mean that used prices aren't as much of a steal as many would like.

Still, you can console yourself with the fact that, whichever engine you choose, running costs will be pretty good. The smallest engine, the 1.25 petrol, returns an average of 44.8mpg, which only narrowly beats the 1.4's 42.8mpg. Even the 1.6 will provide a respectable average of 42.2mpg. The diesel is by far and away the most frugal on paper, though, returning 62.8mpg.

The 1.6 is the most expensive version to insure, being in group 6. Both 1.4 petrol and diesel units range between groups 3 and 4, while the 1.25 petrol engine is the cheapest to cover, in group 2.

Servicing costs are reasonable, but you'll pay as much to maintain your 2 as you will with some of Mazda's bigger cars. 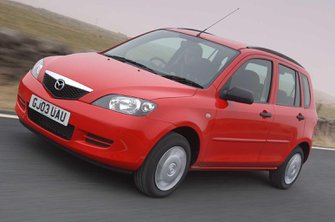