Which used Mazda 323 hatchback should I buy?

Find a post-June 2001, 2.0-litre turbodiesel, and you'll have a refined yet swift hatchback - and the best model in the range. Although the engine's power was reduced by 10bhp at that point, the whole range benefited from a face-lift with a new bonnet and grille. An even later post-November 2001 GXI model comes with electric sunroof, side airbags and traction control.

A 1.3-litre petrol engine was also added to the range in 2001, but with just 72bhp, it's the weakest of the seven engines, and life on the motorway can be a struggle. The 96bhp 1.6-litre is a shrewder choice and is also available with a four-speed auto as well as the standard five-speed manual. 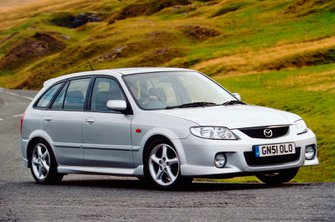