Which used Mazda Premacy estate should I buy?

Even the 1.8s are reasonably flexible, but if you regularly travel with five on board, it's worth spending a bit more and getting the 2.0-litre petrol. As for the diesel, it offers plenty of low-end shove, but can get breathless at higher speeds. It's also noisy all the time, whereas the petrols are refined.

All models are fitted with six airbags and three-point seatbelts for everyone, but diesel cars miss out on the traction control system fitted to petrols.

Other standard equipment includes all-round electric windows, an alarm and remote central locking, but GSi, GSE and Sport trims have climate control instead of the basic air-conditioning fitted to other models. GXE and GSE-trimmed versions have seven seats, while the rest have five. 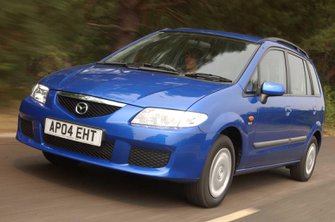