Compared with that of the McLaren 720S, the sill line of the GT’s carbon-fibre tub has been lowered to make it easier to swing your legs inside, and the seats are set higher to make the drop into the interior less severe. It works, too, but it’s worth remembering that a conventional coupé, such as a Bentley Continental GT, with normal doors and a wider entrance, is far more accommodating.

Likewise, while the seats might have a touch more padding than those of the 720S, they still feel pretty extreme, despite being electrically adjustable and coming with adjustable lumbar support if you add the must-have Luxe Pack. Indeed, we could only travel for a couple of hours before we had to get out and have a proper stretch.

The view forwards or back over your shoulder is terrific; while most rivals suffer from sizeable blind spots, the GT has slim pillars and loads of glass, so it’s a doddle to see out of and place on the road. That said, with those massive hips and a narrow rear window, reversing can be a little tricky, so we’d advise adding McLaren’s Practicality Pack. It’s not too expensive and gives you a rear view camera, front and rear parking sensors, electrically heated and folding door mirrors, Homelink (to remotely control electric gates and garage doors), a luggage bay privacy cover and a handy system that lifts the front suspension so you can drive over speed bumps without scraping the nose.

The GT features McLaren’s latest infotainment system, which is claimed to be faster and easier to use than that of the 720S. We found it to be fiddly, though, with small icons that are difficult to accurately hit on the move. The touchscreen also seemed very slow to respond to inputs, making the physical shortcut buttons located below the screen a lifesaver. 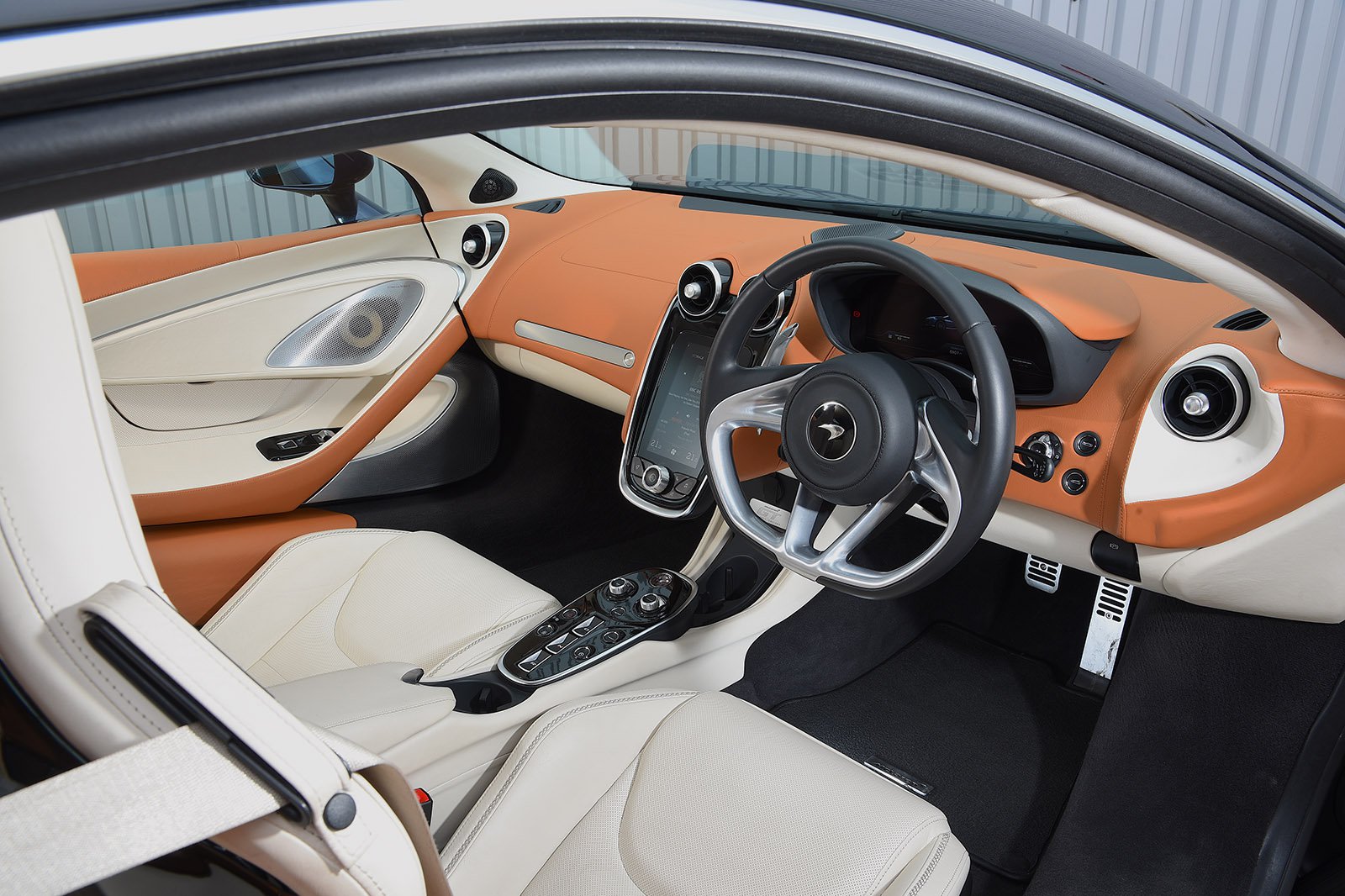