Up in the front there's a good amount of head and leg room available, so, even if you're pushing past six-feet tall, you'll fit. There's also plenty of width on offer to spread yourself sideways. It's roughly a match for the Porsche Panamera in this regard, and way roomier than the Aston Martin Rapide.

In the rear, the GT 4-door trounces the Rapide for space and, whether you opt for the standard two-seater rear seats or the optional three-seater bench, there's enough space but for two, but three adults would be nigh on impossible. The Panamera has more leg room, though, and a much nicer seating position that feels more relaxing over a long journey. And a curious thing, considering the GT 4-door is meant to be about luxury: there's no rear armrest with the standard seats. You only get one as part of the seating upgrades available; without it you rest your arm on a couple of hard, plastic cup holders.

One of those upgrades is the 'Lounge package'. Along with the luxuriant armrest, this adds rear climate controls, a touchscreen to access the infotainment system and even temperature controlled cup holders.

Where the GT 4-door is good is its boot space. The tailgate provides a wide aperture (although the load lip is high) and there's enough space for seven carry-on suitcases. That's one more than even the Panamera estate can manage (the Sport Turismo), and again, sorry Aston Martin, considerably more than a Rapide will accommodate. The only issue is that the GT's rear seats don't split and fold as they do in the Panamera, unless you option the three-seat bench. 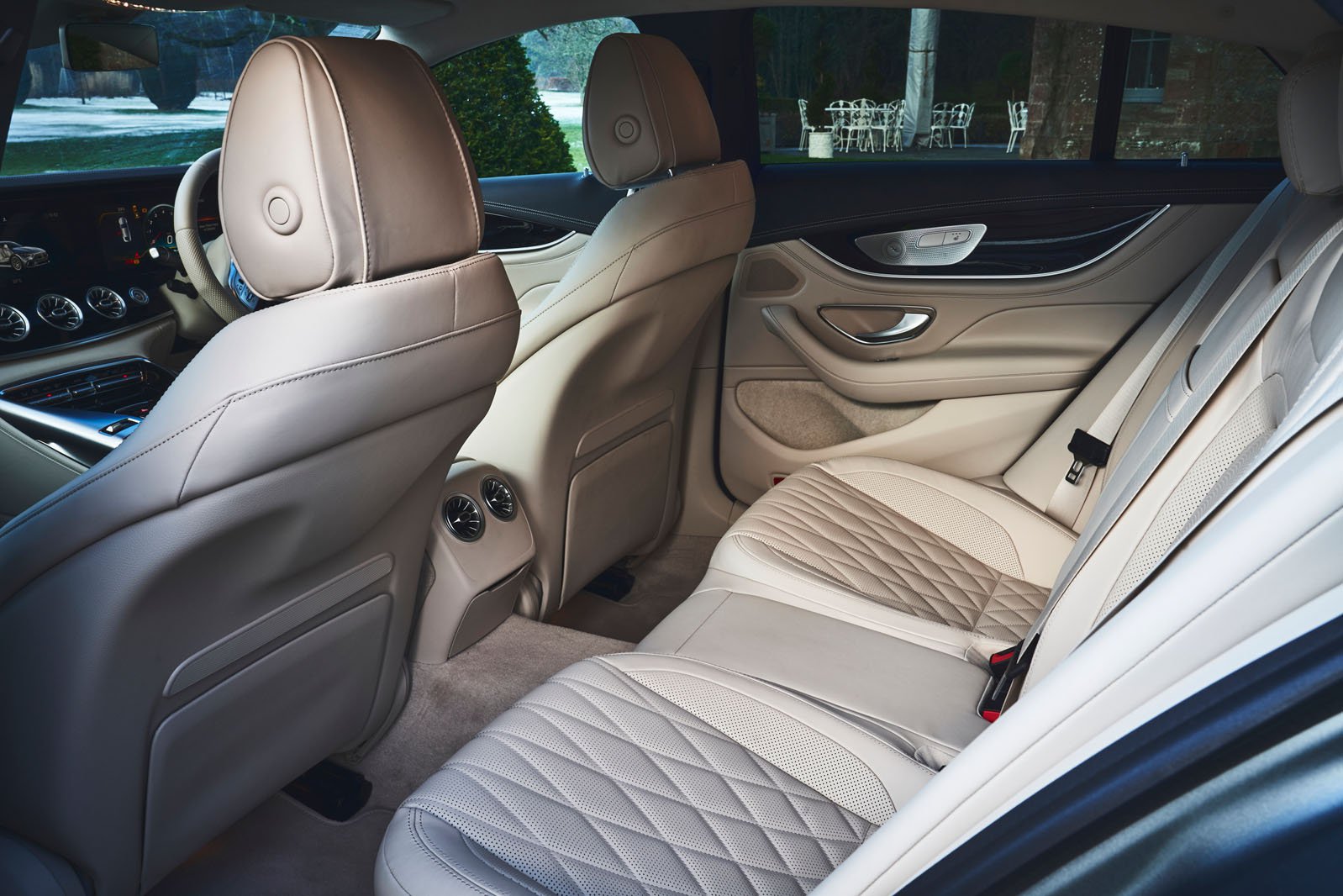