The interior of the GT Roadster looks almost as dramatic as the outside, thanks to its bulbous centre console that fences off the driver from the passenger. The material quality is sadly lacking, though.

Some of the plastic panels are lightweight – the stability control panel on the GT R is flimsier than an OJ Simpson defence plea – and the faux-metal trims on the centre console, which again are plastic, are seriously low-rent for such a high-value car. Oh yes, and you even get plastic 'leather' and fake suede seat trim on the GT C. McLaren, Porsche and Audi all do it much, much better.

On the centre console, you’ll find a myriad of buttons and switches to change the character of the car. Among other things, you can adjust the responsiveness of the accelerator, the speed of the gearshifts and the loudness of the exhaust.

Fortunately, changing these settings isn't as complicated as it looks at first glance, but the oddly positioned gear selector – it's closer to your elbow than your hand – makes swapping from park to drive or reverse an act of contortion.

The infotainment system is standard Mercedes fare. That means most major functions are easy enough to use, and it's a more up-to-date Mercedes interface than the one Aston Martin borrows for its DB11 Volante, thanks in part to a larger, clearer 10.3in screen. That said, the touchpad controller isn't as intuitive as the rotary dial you get in a BMW M8 Convertible or Audi R8 Spyder, and the software isn't as slick. Add the Plus Package and you'll get an upgraded Burmester stereo with 10 speakers and 640 watts.

The standard digital dials, arranged on a 12.3in screen, are easy to read and can be set-up in various styles. There’s also lots of seat and steering wheel adjustment to help drivers of different sizes get comfortable, and the seats themselves are supportive – especially the AMG bucket seats that are available with the GT R.

With the roof up, looking through the small rear window, visibility isn’t great, so when reversing you'll still be glad of the standard rear parking sensors and rear-view camera. That long bonnet – the end of which you can’t really see – means you’ll be relying on the standard front parking sensors, as well. The LED headlights are usefully intense, though. 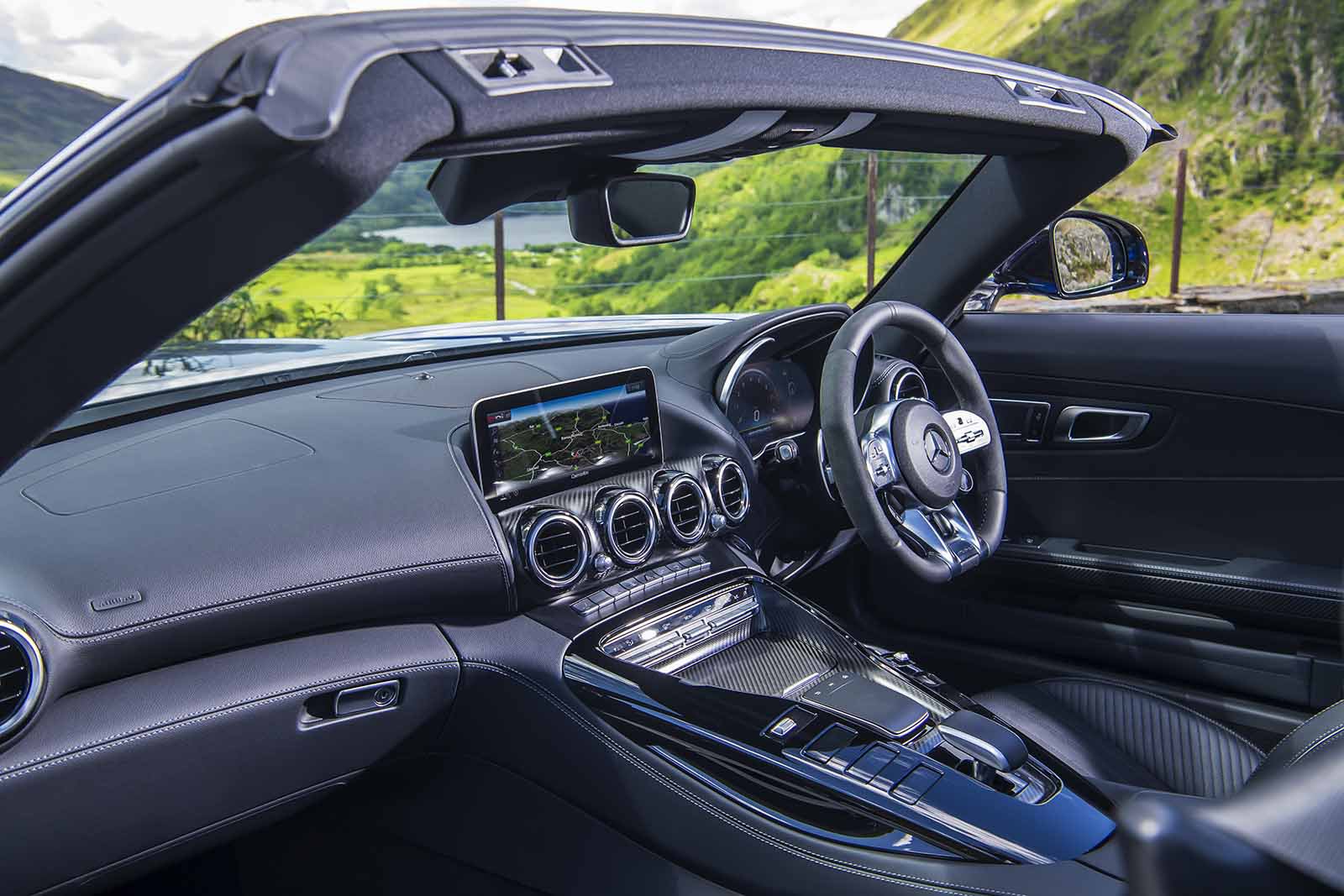