There’s very good space around the E-Class Coupé’s front seats, but the real test of a coupé is how much rear space it provides. Naturally, due to its sloping rear end, space is more restricted than in an E-Class saloon, but two average-height adults will be able to fit. They just won’t want to be there for very long. An Audi A7 seats two adults more comfortably, but the E-Class Coupé is about on a par with a BMW 6 Series, and has more space than an Audi A5 or BMW 4 Series.

Boot space looks generous on paper - Mercedes quotes 425-litres. However, in reality (and this is another common trait among coupés) the space is quite flat and has relatively narrow access. However, the rear seats can be split 40:20:40 as standard and folded down to open up the space further, which is a big plus.

In the front Mecedes provides a generous cubbyhole underneath the front armrest between the front seats, and a decent-sized door pocket in each door. In the back there are a couple of cupholders between the rear seats, and an armrest one each side, but no side pockets. That the floor is raised in the middle doesn’t matter given there are only two seats. 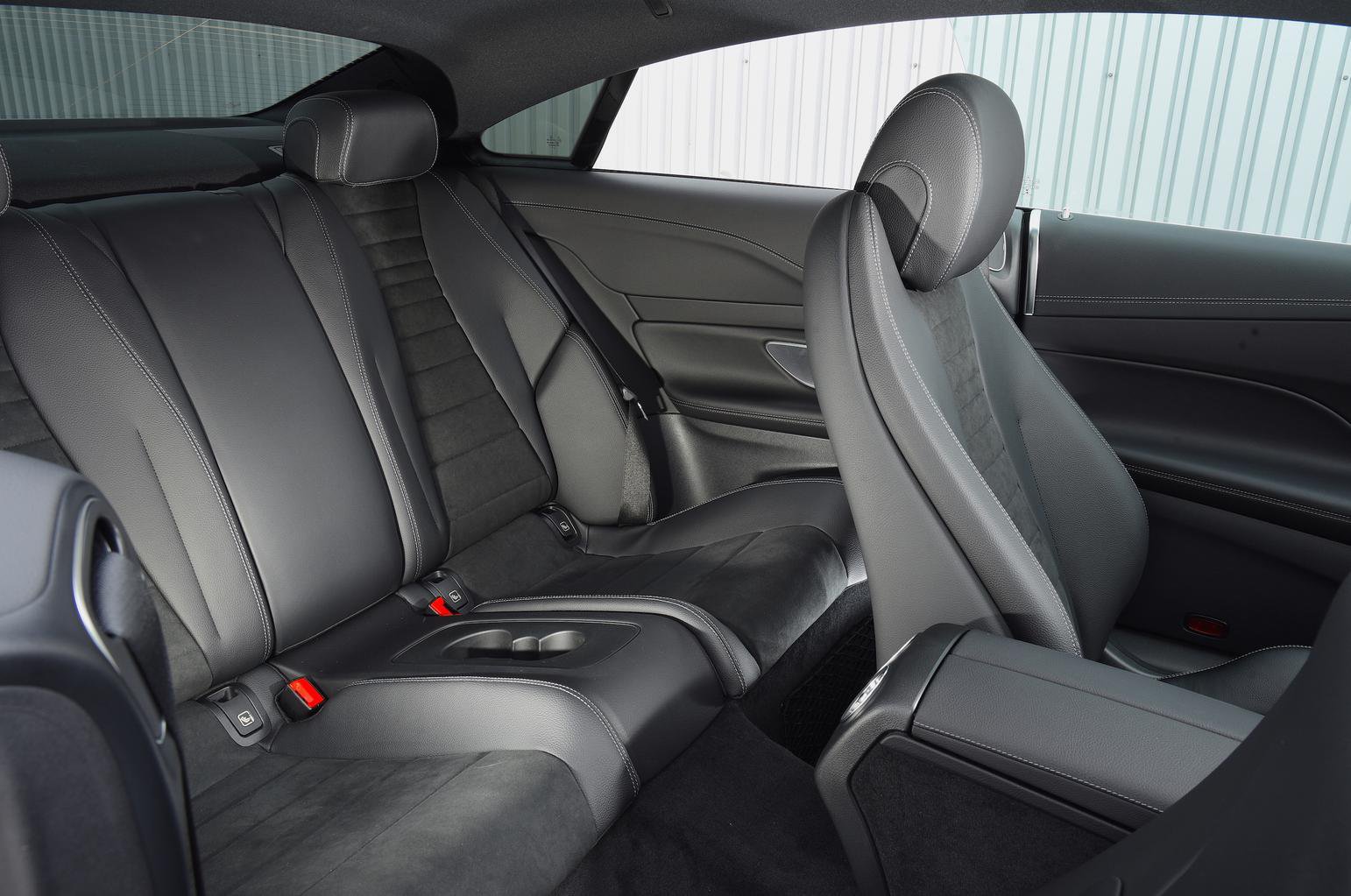