Which used Mercedes E-Class estate should I buy?

Of the eight engines available, the diesels are by far the best options.

The 168bhp E220 CDI is a great starting point to the range, and the most common on the used market. Although it's not fast, it has enough power for a car of this size. The 187bhp E280 CDI is more enjoyable to drive, and a good trade-off between power and economy. There's also an E320 CDI with 221bhp, but it's not that common.

The majority of E-Class examples are automatics; manuals are less desirable unless fitted to the smaller-capacity engines.

Sport models get lowered and tuned suspension, upgraded alloys and full leather trim. In mid-2008 the Executive SE edition was added, based on the Classic but including upgraded wheels, exterior and cabin trim. 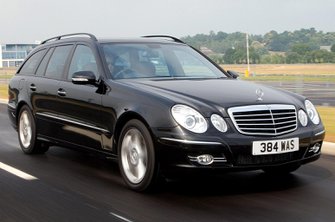