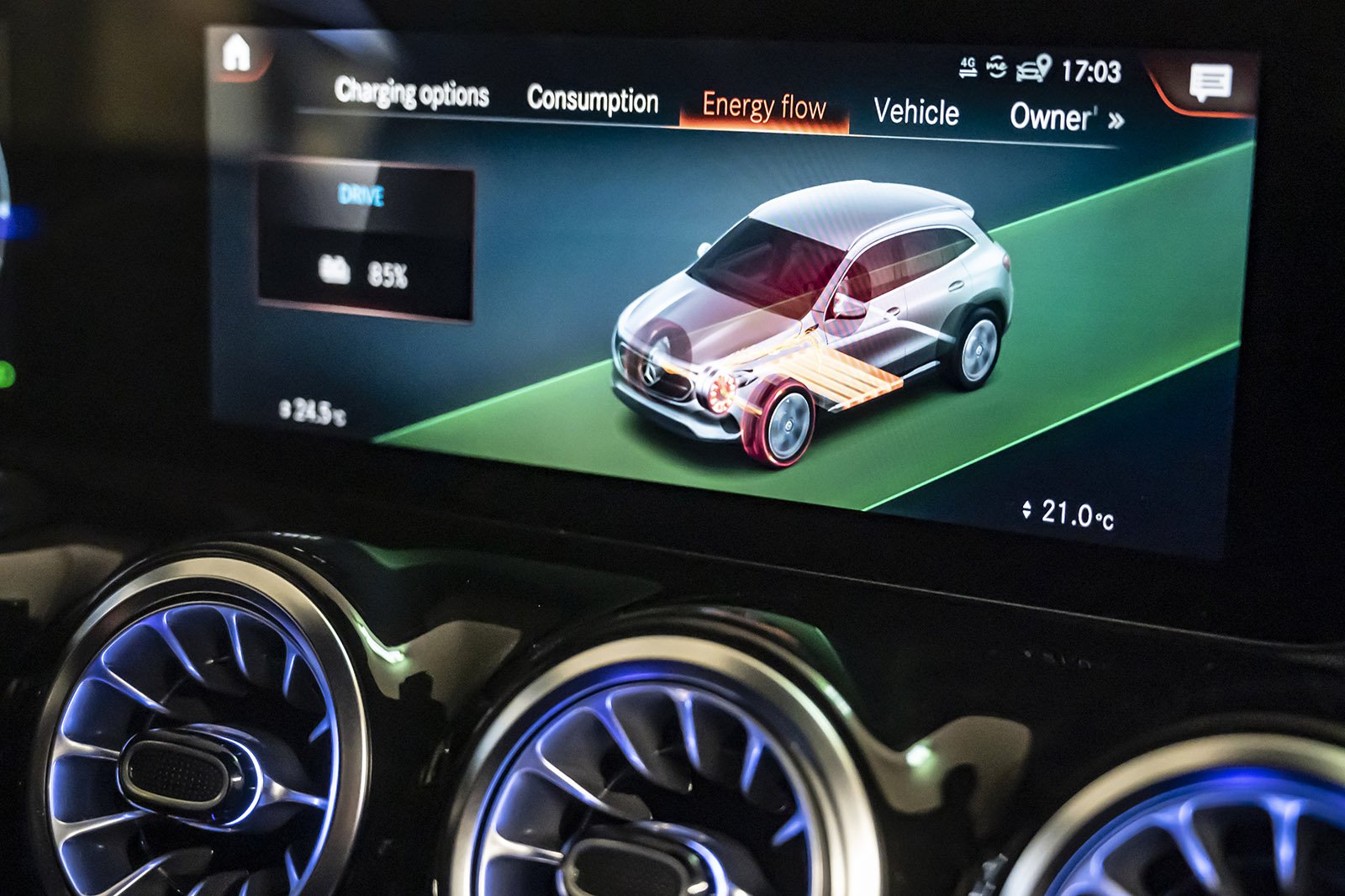 The Mercedes-Benz EQA is quite a bit more expensive than rivals like the Kia e-Niro and Peugeot e-2008. It also costs the same money as the Tesla Model 3, and that’s an altogether more compelling electric car – indeed, it’s the best you can currently buy. The Volvo XC40 Recharge Pure Electric is more expensive than the EQA, but that too is a more impressive EV than the EQA, and forthcoming cheaper versions will be even more competitive with the Mercedes.

That money does get you a lot of kit, though. Two trim levels are available at launch; entry-level Sport gives you 18in alloy wheels, heated front seats and automatic climate control as well as the tech bonanza that we described earlier. It’s not a big jump in price to AMG Line, but the only real benefit of doing so is that you get some slightly sportier styling inside and out.

We’d stick with Sport trim and instead consider adding some of the optional packs, such as the Driving Assistance package to get adaptive cruise control and some extra safety features, including a system that prevents you steering into something in your blindspot, and one that helps you swerve to avoid an accident.

A decent roster of safety equipment is fitted as standard, though; Automatic emergency braking, a driver drowsiness monitor, and blind spot monitoring with a rear-cross traffic alert all feature, as do systems that can stop you drifting out of your lane and that can read the speed limit and display it in the instrument panel. The latest second-generation version of the Mercedes-Benz GLA, on which the EQA is based, hasn’t been safety tested by safety experts Euro NCAP yet, though.

When it comes to charging times, the EQA is reasonably competitive. It has an 11kW on-board charger as standard (some rivals only provide 7kW), with which an 11kW home wallbox will give you a 10-100% charge in five hours and 45 minutes.

When it comes to fast charging, the EQA can charge at a maximum speed of 100kW, a rate that delivers a 10-80% charge in 30 minutes. Bear in mind that the Tesla Model 3 can charge even faster, though,  and has the huge advantage of getting access to Tesla’s superbly maintained and widely available Supercharger network.

Though neither the EQA nor its GLA sister have yet featured in the annual What Car? reliability survey, the A-Class hatchback (which shares mechanical components with both cars) has. Its score isn’t inspiring, though; it finished in 9th place out of 12 cars in the family car class. As a brand, too, Mercedes came a disappointing 26th out of 31 manufacturers, with Audi and BMW finishing higher.

Still, all EQAs get a three year, unlimited mileage warranty (better than the XC40’s three-year/60,000-mile cover), while the battery is covered separately by an eight-year or 100,000-mile warranty.