Before we start going into detail about how comfortable the EQC is and how competently it goes around corners, we reckon you’ll probably want to know how many miles it’ll do between charges. Well, according to the latest, and supposedly more real-world official WLTP tests, the EQC can manage 259 miles before it conks out. In our Real Range tests, though, which involve a mix of motorway, country road and city driving, it achieved 208 miles on a full charge. For context, in the same test the Tesla Model X managed 233 miles, the Audi E-tron 196 miles, while the Jaguar I-Pace leads the charge (sorry) on 253 miles.

You certainly won’t have any complaints about its acceleration, though, because the EQC can hit 62mph from a standstill in just 5.1 seconds. That makes it faster than most hot hatchbacks or, more to the point, the Audi E-tron. The I-Pace and Tesla Model X are faster still, but you’d have to be a real speed freak to care.

Indeed, you’re probably far more likely to be concerned about ride comfort, which is something the EQC does well, up to a point. On the average motorway the ride is mostly calm and comfortable, and it takes the initial sting out of potholes. That's because the set-up is quite soft and absorbent, but it doesn't deal with the aftershock very well. The result is that, around town or on a country road, any unevenness causes the EQC to pitch and wobble ceaselessly, which can get quite annoying. That's why the better-controlled I-Pace (especially when fitted with standard 18in wheels) or E-tron would be a better choice if ride is important to you.

However, the EQC is very quiet — quieter than its main rivals. There’s barely any whine from the electric motors when you accelerate or decelerate, and just mild wind noise on the motorway. Even road noise is but a distant background murmur, leaving the only fly in the ointment as the suspension: you can hear it boom away over bumps.

One thing’s for sure: the EQC isn’t a great choice if you like going quickly around corners. Unlike the I-Pace, which is remarkably agile for an SUV, or the Tesla Model 3, which is one of the best-handling electric cars, this EQC doesn’t appreciate being hustled. Corner with any gusto or ask it to change direction quickly it sways about, before running out of front-end grip sooner than you might imagine. Drive normally, though, and it's perfectly adequate, and the steering is light, precise and well-suited to town driving; it doesn’t give you a brilliant sense of connection with the front wheels during more spirited driving, though. 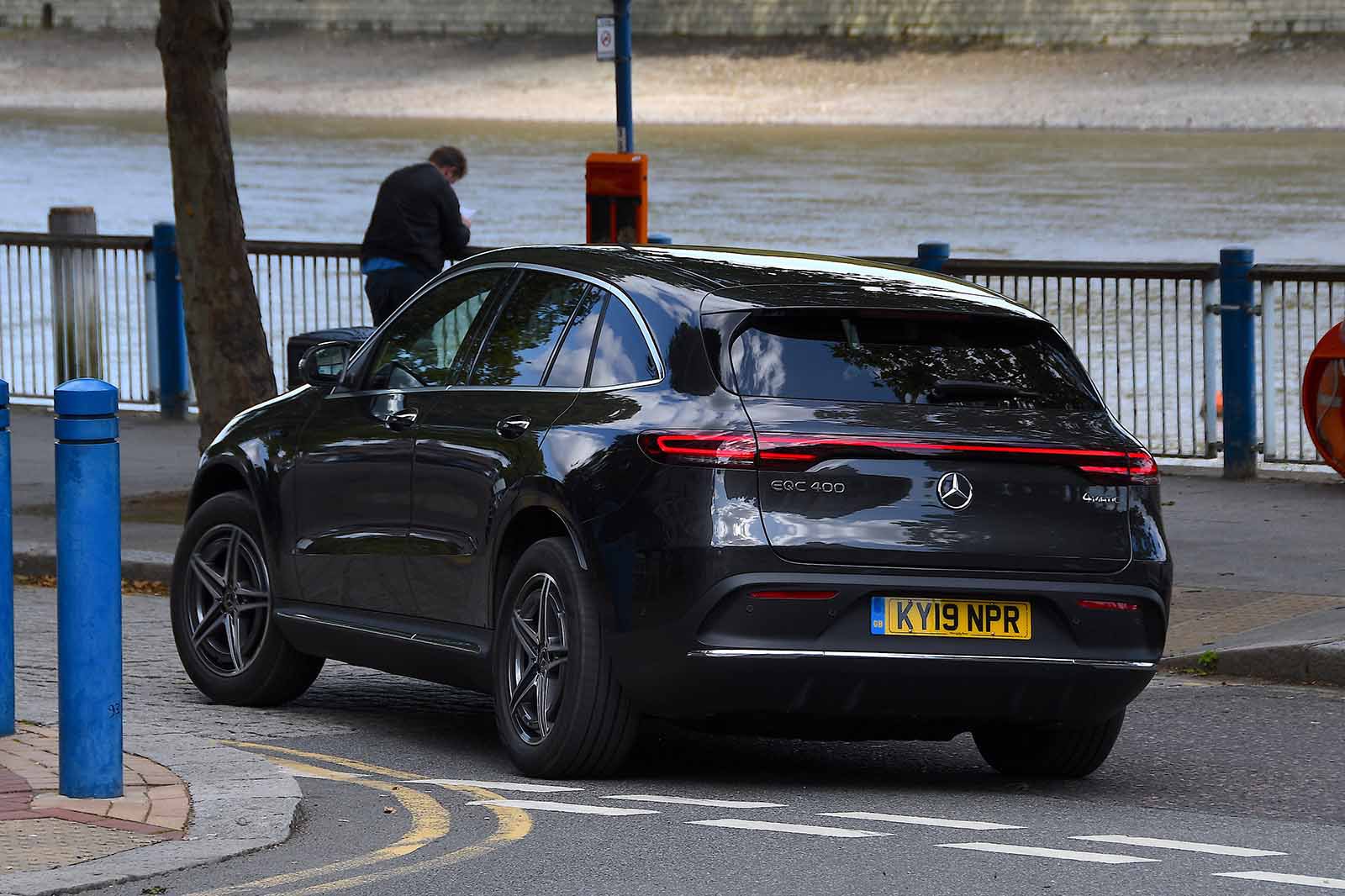 Sportier and quicker than the regular E-tron, but range could...