What used Mercedes G-Class 4x4 will I get for my budget?

Check the value of a used Mercedes G-Class with What Car? Valuations

How much does it cost to run a Mercedes G-Class 4x4?

The G350d is on paper the most fuel efficient, with an official combined figure of  28.5mpg, while the older G350 CDI gets 25.2mpg. Hairier versions will obviously drink more and emit more: think 17.8mpg for the supercharged G55 AMG model, but this was improved to 20.5mpg for the slightly more efficient turbocharged G63 AMG.

It’s worth remembering that all G-Class cars registered before the tax changes of 1 April 2017 came into force will be charged annual road tax based on that very high CO2 output. Those registered after will pay a flat rate of tax and a supplementary luxury surcharge tax that applies for five consecutive years, between years two and six of the vehicle's age. You can find out more about road tax costs here.

Insurance costs are naturally high, and servicing can be very expensive, especially if carried out at the main dealer, which is recommended. It is required every 9000 to 12,500 miles depending on trim. 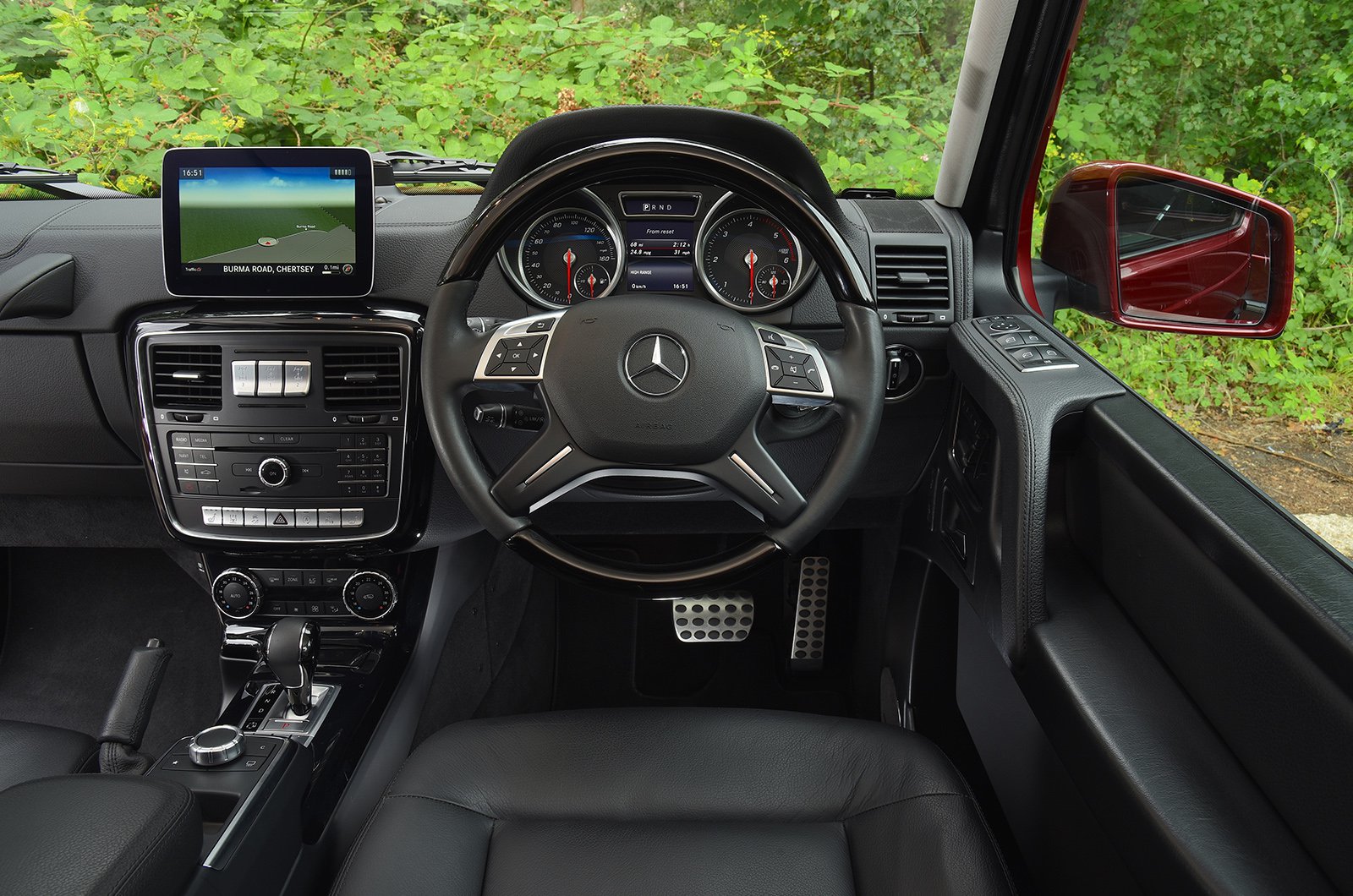