Pick-up list prices only tell you so much, because the majority of them are either leased by businesses or bought outright for cash, with VAT deducted. Focusing on the latter, the X-Class is more expensive than most rivals, including the Toyota Hilux, Ford Ranger and Volkswagen Amarok. The last of those rivals is particularly noteworthy, given that it only comes with a six-cylinder diesel engine.

Most people driving pick-ups run them as company vehicles, and tax is set at a flat rate, so the X-Class will be the same price as any other light commercial vehicle (which includes all of its rivals) in monthly payments. As such, fuel economy will be a bigger concern. Thankfully, according to official fuel economy figures, there's very little between the X-Class and all of the aforementioned rivals.

And Mercedes includes a lot of standard equipment on the X-Class. Entry-level Pure is aimed at commercial drivers and is only offered with the 220d engine. We prefer the Progressive trim level, which you can have with the 220d or 250d engine. It also adds alloy wheels and niceties such as automatic wipers and a leather steering wheel and gearlever. The range-topping Power is the sole model to offer the 350d engine has plenty of extra luxuries, but is very expensive to buy and has the worst economy in the range – although by less than you might expect.

The X-Class is one of the safest pick-ups you can buy. Euro NCAP safety testing returned a  five star verdict – a rare occurrence in this class – and the X-Class scored particularly impressively for adult occupant safety. The pick-up comes with plenty of standard safety equipment that many rivals don’t get, including autonomous emergency braking and lane-departure warning. 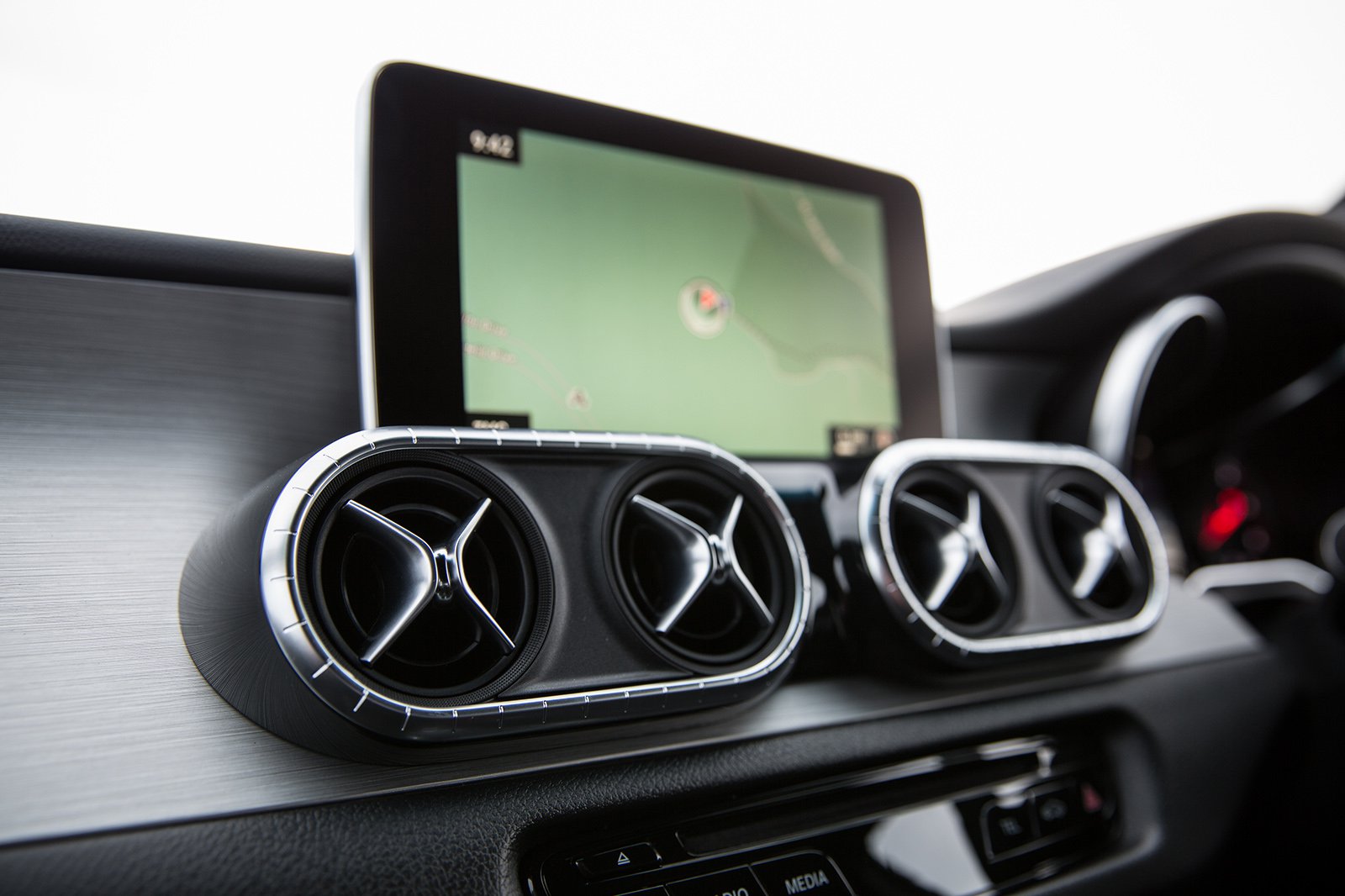