By the standards of small electric cars, the 5 is rather spacious. There’s plenty of head and leg room up at the front for tall adults, and it’s pretty wide, so they won’t be clashing elbows on the central armrest, either. The front door bins are usefully big and there’s storage underneath that central armrest, but the shelf in front of the rotary gear selector is a bit small. You’ll probably end up sticking your phone in a cupholder instead.

Rear space is more generous than it is in a lot of the competition, too, from the Honda E and Mini Electric to cars such as the Peugeot e-208 and Renault Zoe. There's certainly enough head and leg room for a couple of six-footers to fit, even when the front seats are slid back. An MG ZS EV is the more spacious option, though, while conventional estates, such as the Ford Focus and Skoda Octavia, are also more accommodating. At least the 5 has a flat rear floor to make seating three in the back a bit easier.

Boot capacity is slightly down on the ZS EV and significantly less than the Focus and Octavia estates. That said, the space on offer in the 5 is comparable with the Kia Ceed Sportswagon PHEV and the big-booted Nissan Leaf, so the usual family accoutrements, like a large buggy, should fit. There’s a sizeable loading lip to contend with, though, and no height-adjustable boot floor, either. The rear bench folds with a typical 60/40 split. 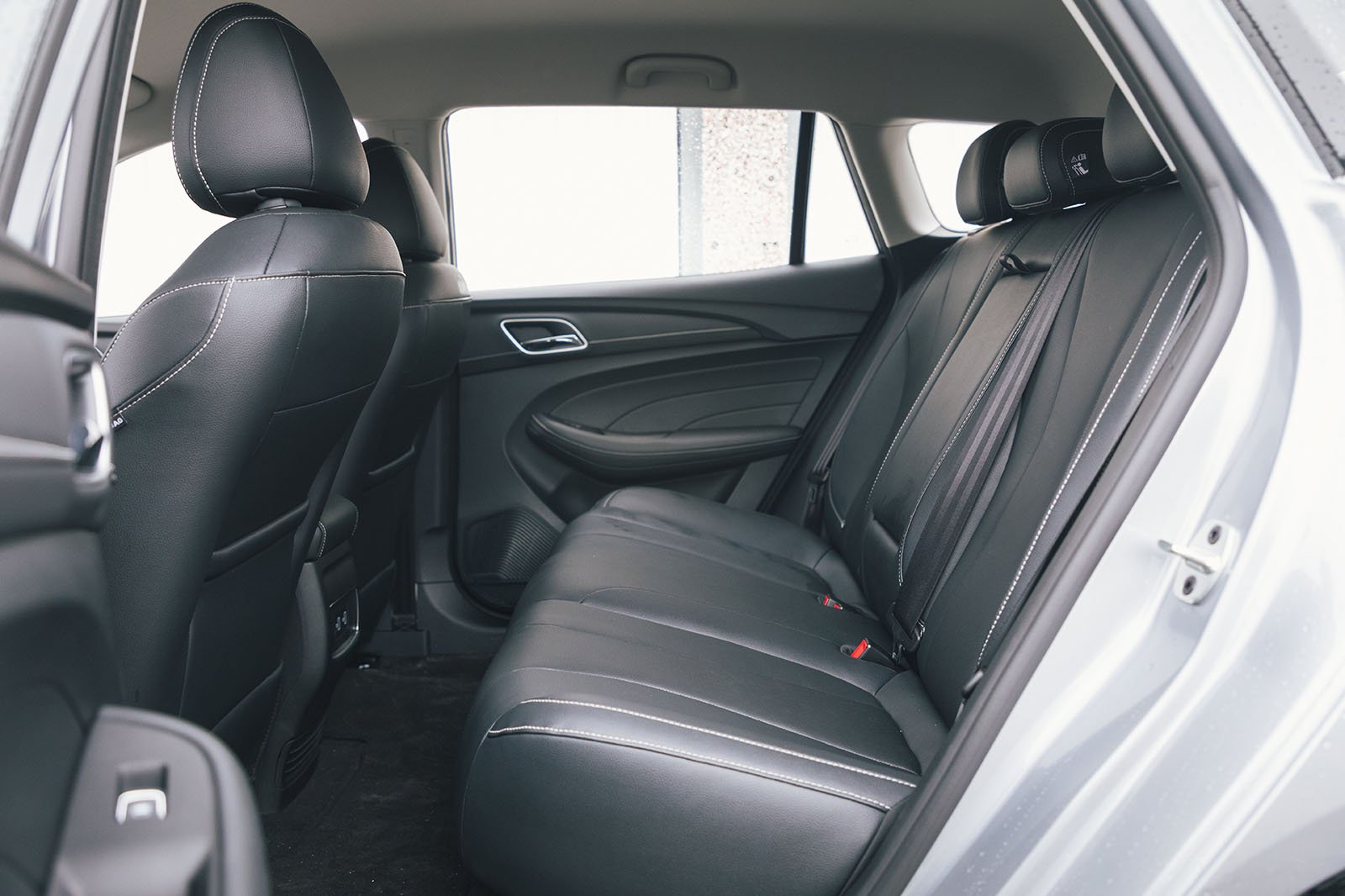