One of the weakest areas of the petrol-powered ZS is its sluggish performance, and this electric version is much, much quicker. The official 0-62mph sprint takes a very respectable 8.5sec, and you never feel like you need any more zip, even on faster A-roads. The fact that its Kona Electric rival is even quicker will potentially have most buyers simply shrugging their shoulders.

While speed is very much in its favour, in most other respects the ZS EV is merely okay to drive. Its steering isn’t as good as a Nissan Leaf’s because, while geared predictably, its artificial feel doesn’t give you much insight into what the front wheels are up to. Yes, you can change the weight of the steering via selectable driving modes, but doing so just makes it heavier, rather than more engaging.

You wouldn’t call the ZS EV fun in many other respects, either. Its battery pack adds around a quarter of a tonne of extra weight compared with the regular ZS, so the EV unsurprisingly doesn’t feel quite as light on its toes as its petrol-powered sister. That said, none of the ZS EV’s rivals are exactly joyous to drive; you won’t find the Renault Zoe discernibly better, and while the Kia e-Niro is tauter and more agile, it’s far from sporty.

Ride quality doesn’t appear on the ZS EV’s list of strengths, either. It’s relatively soft over potholes, but in a similar vein to the Zoe, it bounces about over uneven roads. The e-Niro is noticeably firmer, yet being better controlled, it’s more comfortable overall.

The ZS EV is also not a quiet car on the move. Okay, there’s no petrol or diesel thrum or clatter, but you’ll hear more motor whine than you will in its rivals. The worst part, though, is the amount of wind and road noise that’s generated at 70mph.

There’s better news, though, in the one area that MG really has excelled, even compared with most major EV players: the predictable response of the ZS EV's brake pedal. You can easily judge how much pressure to apply if you want to slow down smoothly, whereas the regenerative braking systems in many other electric cars wreak havoc with that predictability, causing you to either press the pedal too hard or not hard enough. The Zoe is one of the worst for this on-off response.

It probably won’t surprise you to learn that the ZS EV’s range is nothing exceptional by today’s standards. Officially, 163 miles is possible (as measured in WLTP tests), while, for context, the e-Niro can manage 282 miles and the Renault Zoe 186 miles. It’s also worth noting that no electric car has yet managed to match its official WLTP range in our own real-world Real Range test, which we’ll be putting the ZS EV through in the coming months.

If you regularly do long journeys, especially on the motorway, this probably isn’t the car for you. However, because most daily commutes are less than 40 miles, the ZS EV is still a thoroughly realistic proposition for many families – particularly those with access to another car.

What about its charging time? The ZS EV can take up to 50kW from a public CCS point, giving a 0-80% top-up in around 40 minutes. If you charge up at home using a Type 2 connector from a 7.2kW wall box, as most owners will, the car's 44.5kWh battery takes roughly six and a half hours to charge up fully from empty. 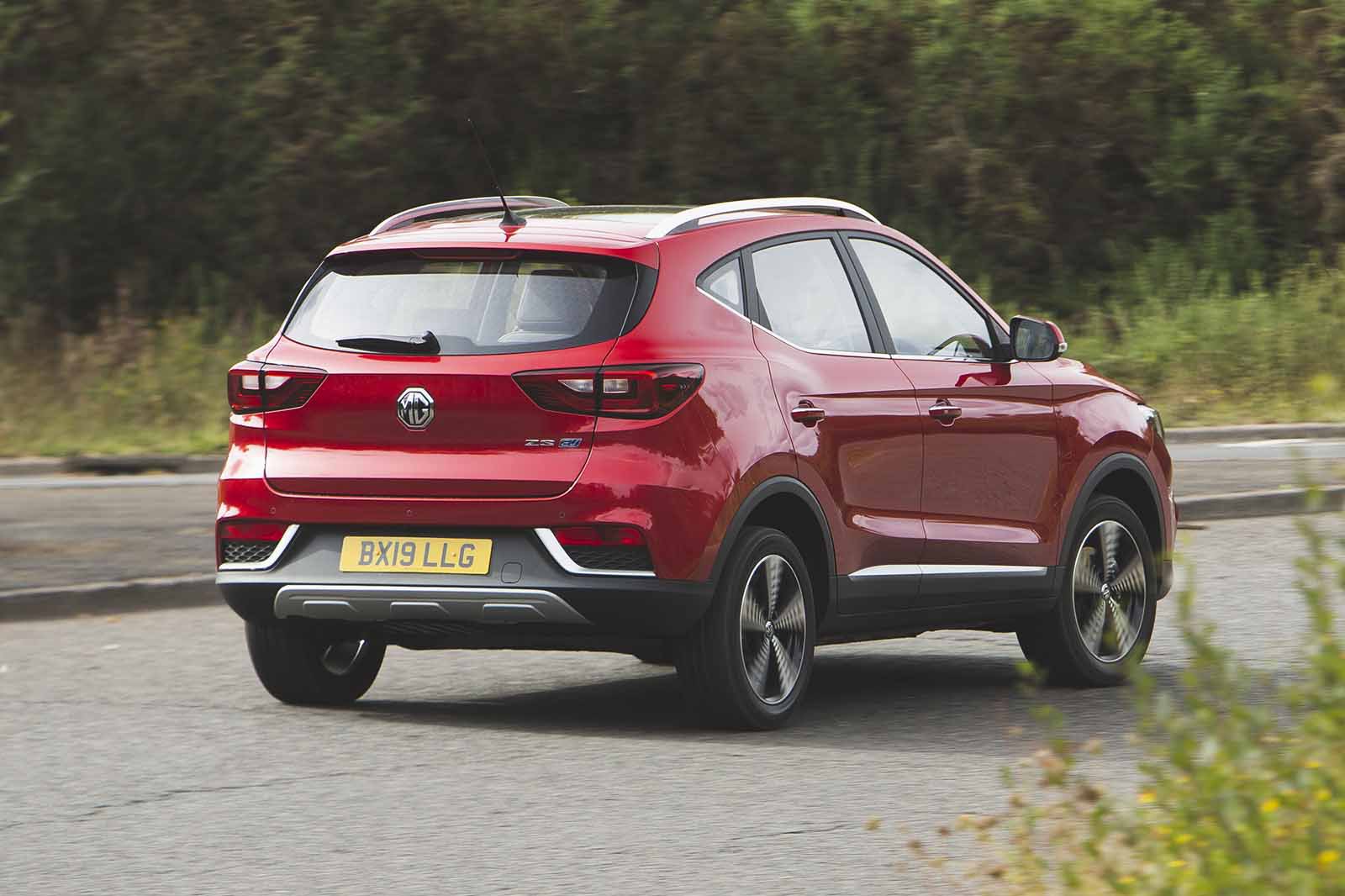