Let’s start with the good. Minis have always been famed for their “go-kart-like handling”, and you’ll be pleased to know the Countryman JCW manages to maintain some of that reputation, despite being so much bigger than the brand’s other models. Body control is impressively tight and there’s plenty of grip when you throw it into corners.

However, unlike the smaller Mini hatch, which handles such behaviour in its stride, the Countryman betrays its considerable extra weight with noticeable body lean on especially winding roads. The T-Roc R manages to remain more composed, feeling more like a hot hatch than a bulked-up SUV.

The steering is also quite heavy, especially at the lower speeds that are typical of town driving. This can make getting in and out of a parking spot more of a chore than it really should be.

The 302bhp turbocharged engine is, unsurprisingly, pretty pokey, and you can feel the punch of its healthy low-down torque when pulling away at a roundabout, for example. It never feels quite as fast as the official performance figures suggest, though, and doesn’t quite display the outright zip you’ll experience find in hot hatches such as the Honda Civic Type R.

The JCW comes with sports suspension that’s set up quite firmly and potholes and expansion joints send a pronounced thud through the car, the large 18in wheels doing little to cushion the shock. With a driver’s seat that’s set quite low to the ground, the road’s imperfections seem exaggerated as their impact passes through the bodywork.

We have yet to try the optional adaptive suspension, which softens or sharpens the ride on demand, in collaboration with the JCW’s three driving modes. The latter are standard, though, and allow you to determine the accelerator response, the steering weight and, most importantly, the exhaust noise. Sport mode sharpens everything up and unleashes an exaggerated rasping noise from the exhaust, while Green mode holds back on the accelerator to help save fuel.

The eight-speed ‘sports’ automatic gearbox is pleasingly quick to respond, and slicker than the auto ‘boxes found in the German rivals. Put your foot down and it jumps into life with minimal delay, so doesn’t leave you frustrated like you would be in the more expensive Audi SQ2. You also get steering-wheel-mounted paddles to let you take control of the changes yourself, which also react sharply. 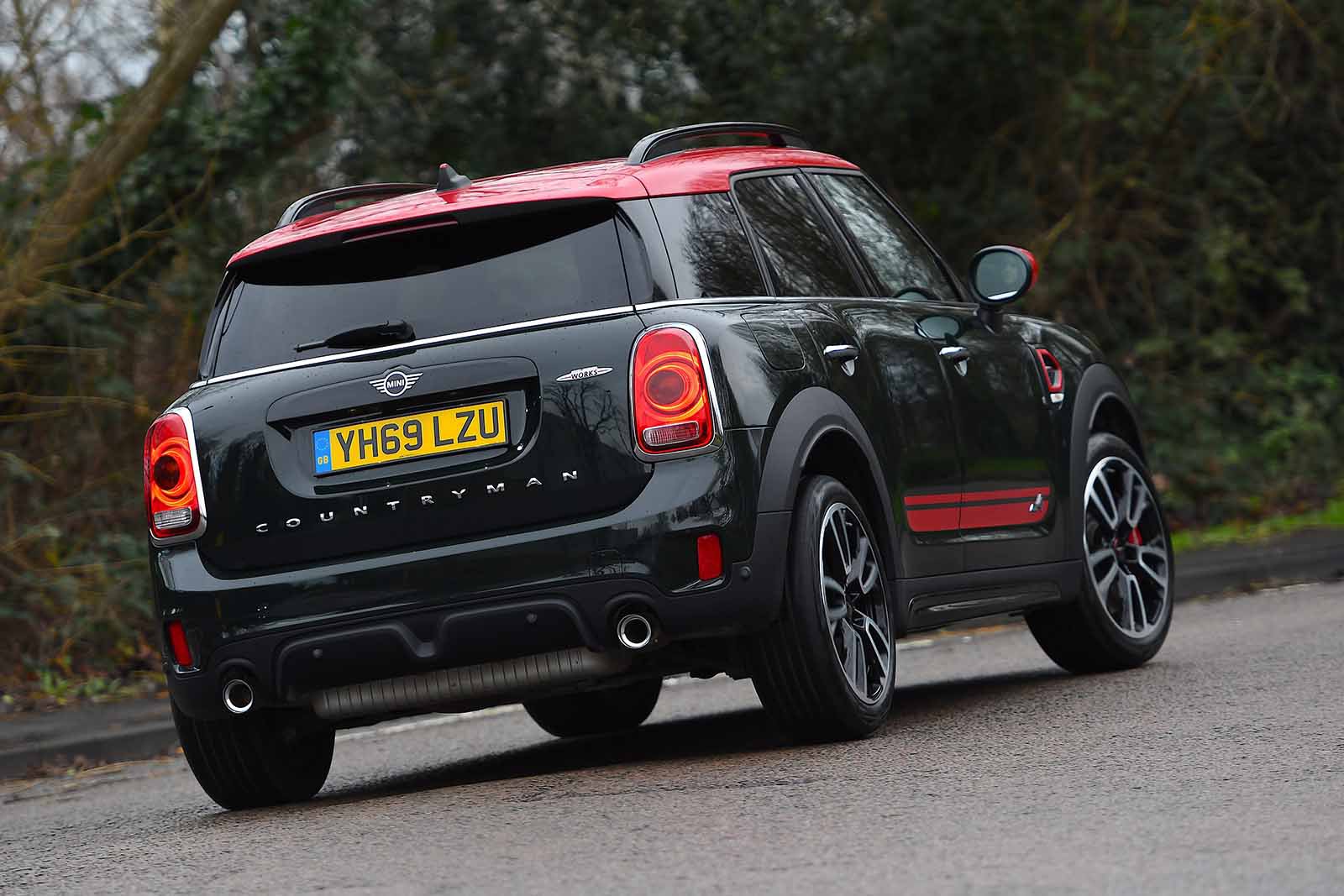 Sharp looks and a quality interior backed up by comp...