The Mini has the best front leg room of any premium small car we’ve tested, thanks to front seats that slide back a long way. There’s plenty of head room up front for most drivers to get comfortable, too, although you’ll find more in a Volkswagen Polo.

Unfortunately, useful cubbies are few and far between; the door pockets are quite narrow and the glovebox is square but shallow. However, beneath the USB and charging sockets there's a space for your phone to sit without sliding about on the move, and there are two sizeable cupholders in front of the gearlever. There’s also a small net pocket in the passenger footwell that will hold pens or other small items.

You can add a central armrest that doubles up as a phone-docking port, complete with wireless charging, should you tick the right combination of option boxes.

The Mini beats the rival Audi A1 for rear head and leg room, but its bench is restricted to only two passengers. That does mean there’s more shoulder room for each of them, though, so they’ll be fairly comfortable. They may find access something of a pain, though, having to duck beneath the low roof and past front seats that leave a narrower access gap when tilted forward than can be found in some three-door rivals.

The seats are comfortable, though, thanks to the angle of its backrests, and there are three cupholders in the back that will take a standard 500ml bottle or a large takeaway coffee cup.

As you might imagine, the five-door model gives much easier access and a third seat in the rear, but the Polo is far roomier in the back and would be a wiser choice if you regularly carry rear seat passengers. 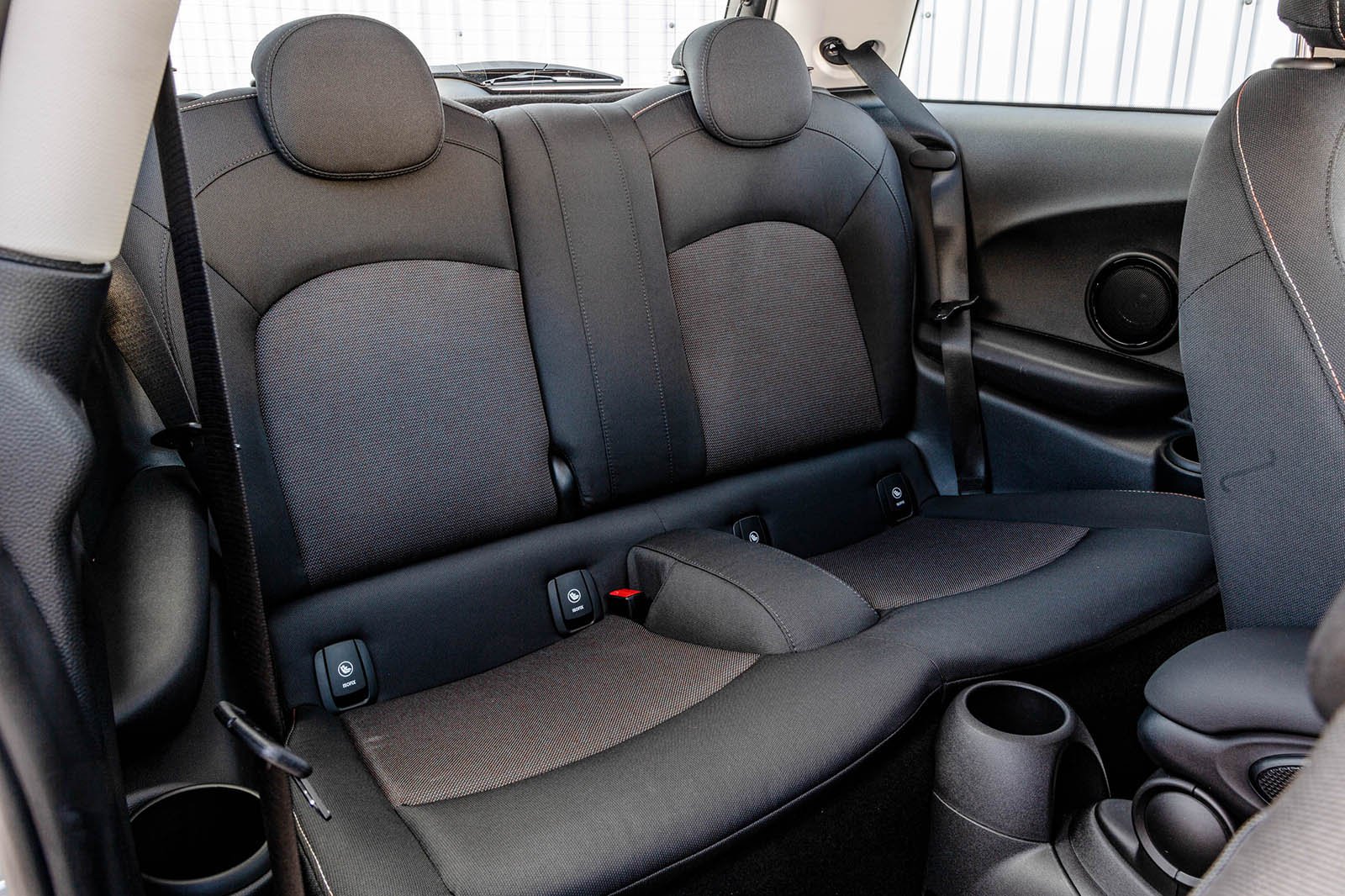 Pulling a lever on the shoulder of the front seats allows the seatback to fold forward and the whole seat to slide if you give it a bit of a shove, providing access to the back. However, while the seatback returns to its original position, the base does not; you have to slide it back to its previous position independently using the fore/aft lever beneath, and this is frustrating if you regularly carry rear passengers. Meanwhile, front passenger seat-height adjustment is included in both the Comfort Pack options.

The rear seats fold in a 60/40 split, which includes the cushioned divider than sits between the two seats. Simply pull the toggle on the shoulder of the seats and they topple forward easily.

The boot isn’t as big as that of the Seat Ibiza, Ford Fiesta or Skoda Fabia, but it’s still just about large enough for a big weekly shop. It's also square and you don’t have to lift items too far off the floor to get them over the load lip.

To maximise the available space, you can also lock the rear seatbacks at a right angle, squaring up the boot to help accommodate boxier items. However, there’s a considerable step over the seatbacks when folded. 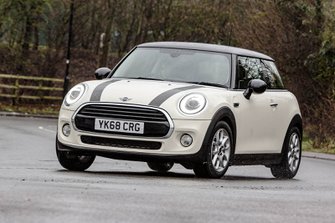