What should I look for in a used Mini Hatchback hatchback?

The Mini isn’t a particularly practical car, but it’s small size and premium image make it an ideal vehicle for those who want a classy small car to use in town. However, the Mini could also be had with some large alloy wheels that certainly look good, but are susceptible to kerb damage. Repairing alloy wheels can be expensive and a bit of a hassle, so make sure you aren’t paying for blemishes caused by a previous owner.

Sports suspension and large alloy wheels can make the ride a bit twitchy, so look at the list of options to find out if the car has sports suspension, or ask your Mini dealer to check the spec for you. 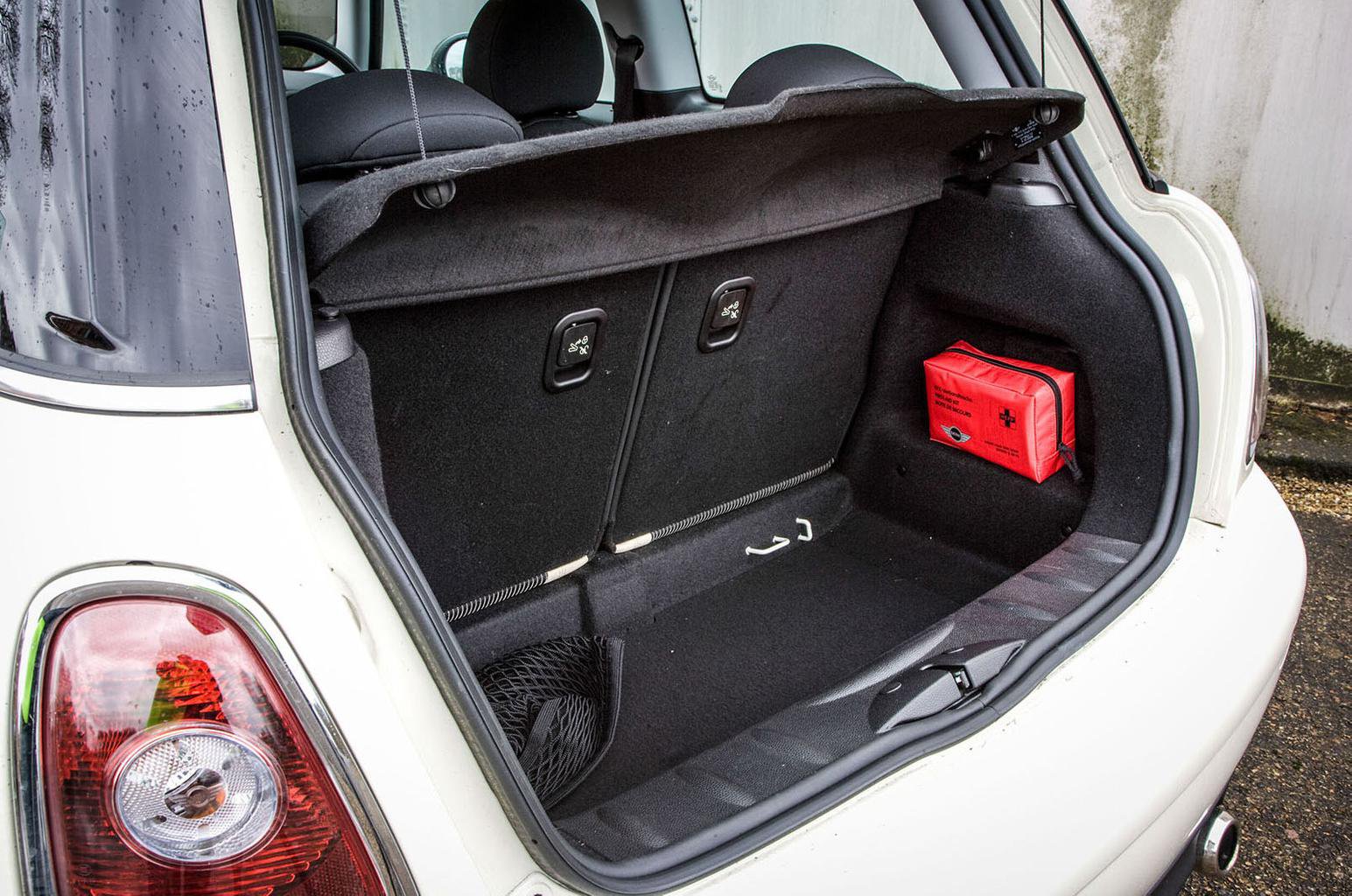 What are the most common problems with a used Mini Hatchback hatchback?

Early Cooper D Minis used a 1.6-litre diesel engine shared with Peugeot and Citroen, and the turbos on these engines can fail due to oil starvation because the oil supply to the turbo can be blocked with carbon. To fix the issue, you’ll need to replace the oil pump, pick up, pipes and turbo, which is an expensive job. The 1.6-litre diesels from 2008 onward use modified parts that prevent this problem.

There are reports of the six-speed manual gearbox failing and needing to be replaced, along with concerns about the clutch, which has been known to require expensive repairs.

The stop-start system has also been known to malfunction and stall the car at junctions – and dealers often struggle to diagnose the fault. The system has also been reported to stop working altogether, leaving an error message on the dashboard, which can only be fixed by a dealer.

The cabin and dashboard have also suffered from rattles and creaks. Some owners have insisted on having new dashboards fitted, but this doesn't always solve the problem. The speakers can also rattle and distort, and in some cases can fail completely and need replacing.

Also, we’ve seen numerous reports of problems with the air conditioning system. Make sure you test it by first setting it to maximum heat, and then switching it to cold and note how quickly the temperature drops. If the system is working correctly, it should go from hot to cold in seconds.

The windscreen is very susceptible to chips and cracks so check it carefully.

This generation of Mini hatch didn’t feature in our latest reliability survey due to its age, but the current car didn’t fare too well, coming in both 12th (diesel) and 15th (petrol) positions out of 21 other small cars.

Mini as a brand came in 22nd place out of 321 manufacturers which isn't a particularly stellar result.