Although the ASX comes with a hearty 148bhp under the bonnet, don’t expect it to match the performance of the equally powerful 1.5 TSI Seat Ateca or Skoda Karoq; while the Ateca and Karoq (and most rivals for that matter) use turbochargers to boost engine power, particularly at low revs, you’ll find no such device on the ASX.

Its engine will still pull from 1500rpm, but with far less vigour than any turbocharged rival. So you’ll need the engine spinning past 4000rpm if you want to swiftly overtake slow-moving traffic or blast up to speed on a short motorway slip road, which makes it more taxing to drive. And the ASX's ultimate performance is more in line with smaller 1.0-litre rivals; if you stick to the manual gearbox, 0-62mph takes a reasonable 10.2sec. Opt for the auto and the pace slackens to a downright sluggish 12.5sec.

Hit a series of potholes, especially at speed, and the ASX doesn't soak them up very effectively and jostles you around as it struggles to retain composure. If comfort is your priority, the Nissan Qashqai or Skoda Karoq are much better options. 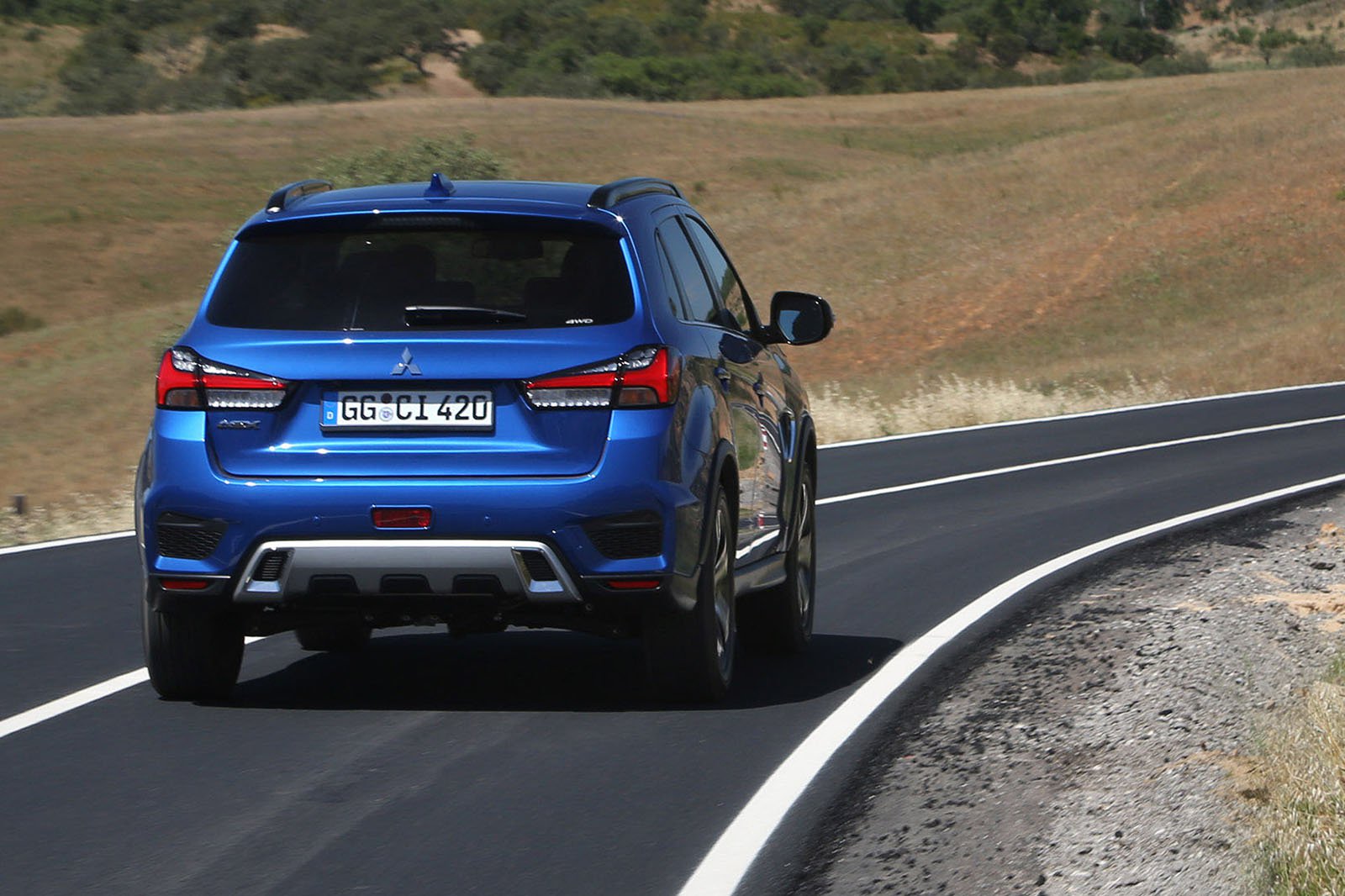 While the ASX doesn't impress with a cushy ride, its handling isn't sharp enough to make amends. It doesn't feel anywhere near as agile as the Seat Ateca, for instance. In fact, turn in to a corner moderately briskly and you’ll feel it leaning more markedly than most rivals will. To make matters worse, mid-corner bumps upset the ASX and push it slightly off your chosen line.

But the aspect of its handling that lets it down the most is the steering. It’s light enough to be easy in town, but it doesn't build enough reassuring weight in bends. Even if you’re driving slowly the steering’s vagueness can make it tricky to place the ASX exactly where you want it, and when you're cornering at faster speeds it suffers from terrible kick-back over bumps, which causes the steering wheel to squirm away in your hands. Grip levels are reasonable, but the front end will wash wide earlier than it will in many of its rivals.