With no bargain basement model, Outlander prices start at a higher figure than those of the Peugeot 5008 and Mazda CX-5. However, few rivals offer four-wheel drive and an automatic gearbox while matching the Mitsubishi on price. Residual values aren’t as good as those of many rivals, though.

Official fuel economy for the petrol Outlander is in the low 30s, but this can easily drop to less than 30mpg if you’re pressing on. Its CO2 emissions figures are also very high given the size and performance of its engine, so company car users are best going for the Outlander PHEV.

Service intervals for all Outlanders are 12,500 miles or 12 months. The Mitsubishi Servicing Plan – which fixes the price of the first three scheduled services – is worth considering, but isn’t as cheap as schemes offered by many rivals.

There are only two trim levels to pick from if you’re looking at the regular petrol Outlander. Entry-level Design gets 18in alloy wheels, automatic headlights and wipers, cruise control, heated front seats, keyless entry and start, a rear-view camera and privacy glass.

Top-spec Exceed adds luxuries such as an electric driver’s seat, leather upholstery and a powered tailgate, but we’d argue that it’s not worth the extra expense.

Mitsubishi finished 13th as a brand in the 2019 What Car Reliability Survey. We don’t have any specific data on the conventionally powered Outlanders, though.

Every model comes with a five-year/62,500-mile warranty, a 12-year anti-corrosion warranty and three years’ pan-European roadside, home and accident assistance. 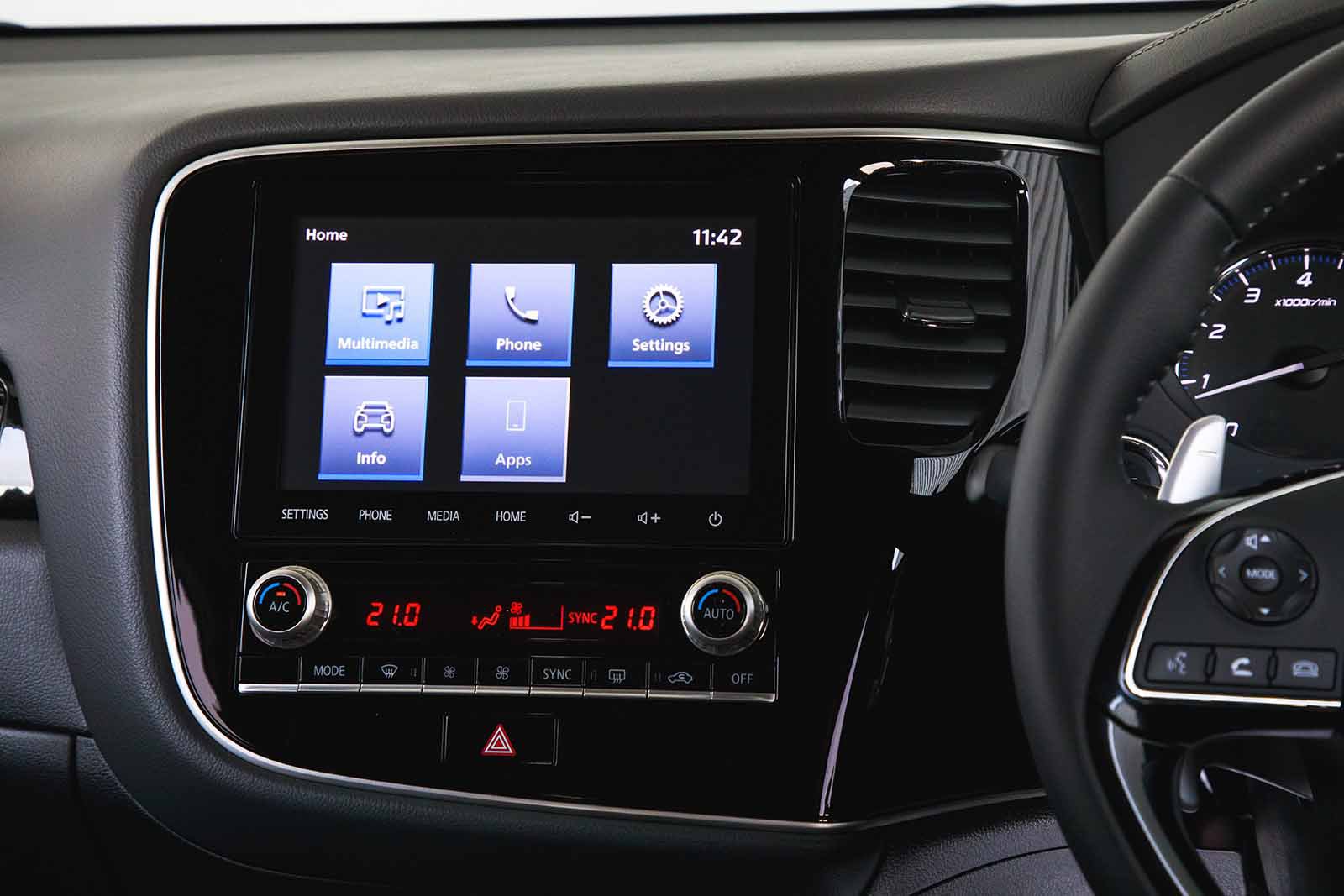 The Outlander received the maximum five stars in its Euro NCAP safety tests, but its specific category scores weren’t as high as for some rivals. The tests have also become more stringent since being applied to the Outlander back in 2012 .

All versions come with stability control and seven airbags, including one to protect the driver’s knees, but you can’t have automatic emergency braking (AEB) on non-PHEV Outlanders. Security kit is comprehensive; Thatcham Research awarded the Outlander five out of five for guarding against being stolen and three out of five for resisting being broken into.