Audi's executive coupe has always fallen short of its rivals, but a new, more efficient diesel engine could make the A5 Ultra much more competitive next to rivals like the BMW 420d... 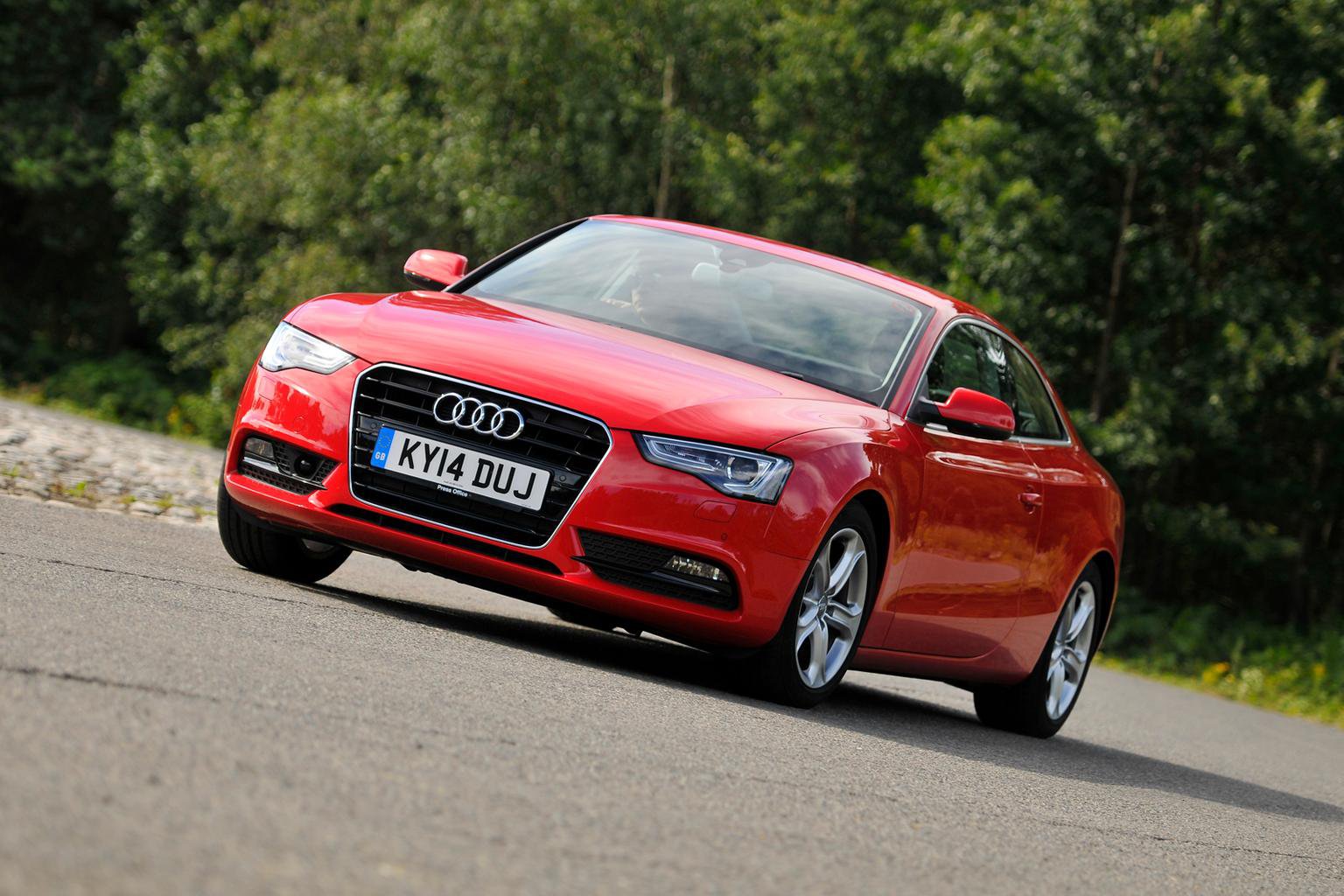 The Audi A5 has always trailed behind the rest of the executive coupe class, suffering from offset pedals and stable but uninspiring handling. However, the new 161bhp Audi A5 Ultra 2.0 TDI should be a more refined and efficient diesel option, replacing the A5 2.0 TDIe, and being offered alongside the existing 2.0 TDI 177 model.

There are some things that you’ll want to know up front about the A5 Ultra. First, it’s available with a manual gearbox only. Second, you can have it in base SE trim only. Finally, it’s exactly the same price as the 175bhp 2.0 TDI 177 (which is available with an auto, and in popular, chrome-adorned S Line spec), but don’t be fooled by the higher output of the standard 2.0 TDI – the performance figures are nearly identical, so you’re not really sacrificing any real-world pace for the Ultra’s better efficiency.

Of course, the lower emissions also make the Ultra the cheapest company car option in the A5 range, with its output of 109g/km putting it in the 17% tax band – three bands lower than the 120g/km A5 2.0 TDI 177.

Refined, easy to drive smoothly, and generally a pleasant way to travel. The diesel engine revs freely and without becoming overly harsh if you accelerate hard, as most four-cylinder diesel engines do. It’s also flexible enough that you can use low revs around town without feeling like you need to change down a gear. You’ll need to change down if you want it to get a move on because the pace doesn’t really pick up until the engine spins up to around 1700rpm, after which there's a progressive surge of power and enough oomph for useful overtaking ability.

The new motor continues to pay dividends in terms of cabin refinement, because it’s impressively quiet around town and on the motorway, where you’re more aware of the rush of tyre noise than any engine thrum. A light clutch and relatively precise, oily-feeling gearshift also goes to make the A5 Ultra enjoyable even in clogged urban roads.

So it’s even more of a shame that the old A5 foibles still marr the Ultra. There’s often a noticeable vibration through the steering wheel and pedals, although that is not nearly as frustrating as how offset those pedals are – enough that it means you sit at an awkward angle and can end up with an aching back on long journeys.

Handling is also relatively forgettable. While the steering is consistently weighted and there’s plenty of grip, the front-wheel-drive only A5 Ultra feels like a heavy car that is prone to washing wide through fast corners and feels more at home on the motorway than it does on a B-road. It just doesn’t feel responsive and exciting as a BMW 420d does, and as you'd generally hope of a sporting coupe.

Ride comfort is perfectly acceptable. The Ultra rides on 17-inch alloys and gets lowered suspension to reduce drag and improve economy, but it still feels softly sprung and so it sponges up cracks and potholes fairly effectively. Only rippled surfaces or sharp-edged potholes unsettle it.

Everything feels well put-together, the dials are easy to read at a glance and the overall appearance of the interior is appropriately plush. Look a little closer, however, and you notice that some of the clicky-feeling air-con switchgear feels a bit cheap, and even some of the plastics around the centre console falls short of the dense, textured finishes that you get in newer rivals.

Still, the only option you’ll want to add is the Technology Pack for £1695, which brings a USB-input and dedicated iPhone connection, as well as sat-nav. Everything else is there, including a 10-speaker sound system, Bluetooth, digital radio, colour screen, heated leather seats, cruise control and separate air-con controls for each front passenger and the back seats.

You won’t use the rear-seat air-con facility very often, though, because not many people would want to be sat back there. Head- and legroom are tight enough that even children are likely to find it quite uncomfortable and claustrophobic.

At least the boot is a good size, and the rear seats fold to leave a smooth, if sloped load-bay.

If you’re set on an A5, then yes. Even as a private buyer, the Ultra’s smoother-revving engine and better refinement makes it the best diesel in the line-up – the pick of the range overall, in fact. As a company car buyer, the decision is even easier because it’s the cheapest model, as well as the best to drive.

Unfortunately the A5 is still a flawed car that is nowhere nearly as good as the BMW 4 Series, but if you’re set on it, the Ultra is the one to go for.