BMW is entering the four-door coupe sector with its new 4 Series Gran Coupe. It's designed to tempt buyers away from the rival Audi A5 Sportback... 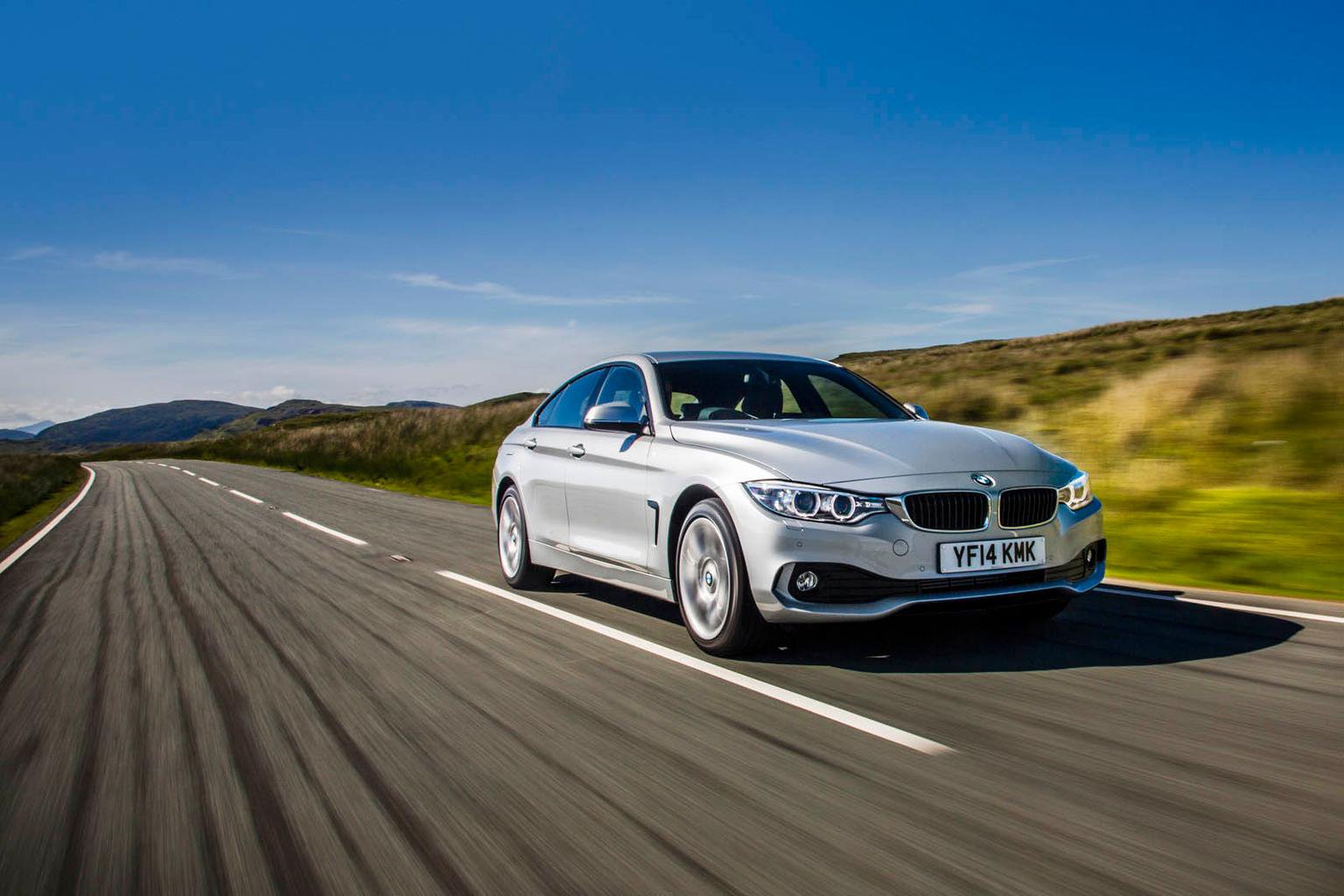 The 2014 BMW 4 Series Gran Coupe is a car built to fulfil a pretty specific set of requirements laid out by thrusting executives the world over.

You see, they want cars that look sleek, but which can also carry that business A-Team to that crucial company rescue meeting. A two-door coupe just isn’t going to cut it – that's why the Audi A5 Sportback has been such a success.

BMW is also mindful of the tricky headlines it received in the last bad winter a few years ago, which is why the 4 Series Gran Coupe is available with four-wheel drive (badged xDrive).

BMW’s four-cylinder diesels are not exactly silky when they start up. There’s a noticeable grumble from under the bonnet at idle, although once you’re moving the engine spins quickly and smoothly enough.

The 420d Gran Coupe gets into its stride at fairly low revs and is certainly punchy enough when you surf the wave of pulling power that really starts from around 1700rpm and continues until near the redline.

We tried both the manual gearbox and the auto, and if it were our money we’d say go for the self-shifter. The manual gearbox is accurate enough, but the auto is incredibly smooth and does a great job of choosing exactly the gear you want. The auto also makes the car emit less CO2, use less fuel, and also improves acceleration.

All of the cars we tried were fitted with the optional (£750) adaptive M Sport suspension, and this certainly gives a great balance of ride quality and sharp handling. The 420d Grand Coupe deals with bumpy back-roads and faster roads with equal ease.

Its steering is light, quick and accurate too; it makes parking easy and inspires confidence at speed.

As we’ve mentioned, engine noise fades once you’re moving, and there’s very little wind noise, despite the presence of frameless windows. You’ll notice that there’s a degree of road noise, though.

The xDrive system is notable because it is largely unobtrusive when you’re just going about your day to day business. It simply makes the car feel like a normal 4 Series but with incredible traction.

Its benefits will become much more apparent the first time there’s ice on the road, at which point it will be invaluable. That’s why so many people are choosing it.

It may not look it but the Gran Coupe is actually the same size as the regular 4 Series coupe, give or take a couple of millimetres in height.

However, space is perfectly good. Up front, a driver and passenger of above-average height would be able to sit comfortably, and there’s room for three adults in the rear seats too. Legroom in the back is acceptable and only those taller than six feet are likely to have any issue with headroom.

The dashboard is identical to that in the coupe, so it’s clear and easy to use, and it all feels well built if no longer quite class-leading for quality.

Open the tailgate (which is automatic as standard) and there’s a 480-litre load bay, which can be extended to 1300 litres with the seats folded down.

There’s also the usual phalanx of acronyms designed to stop you having a crash, and yet more designed to protect you if you do manage to get it seriously wrong.

If you want a car that mixes a good dose of style with decent practicality, this version of the 4 Series Gran Coupe pretty much hits the nail on the head.

It also drives well and, according to Government figures at least, will do almost 60mpg.

If you’re a business user, the CO2 output of 129g/km and 21% company car tax banding are attractive, too, although the equivalent A5 Sportback is cheaper, emits less CO2 and uses less fuel. However, it isn’t as good to drive.