More for you |
2020 What Car? Reliability Survey: MPVsBest and worst older cars for reliability: MPVsWhat can we do about our faulty Ford?2015 Ford C-Max: full pricing and specsDeal of the day: Ford C-Max
Home
First drive
2014 Mercedes B180 CDI Eco review
first drive 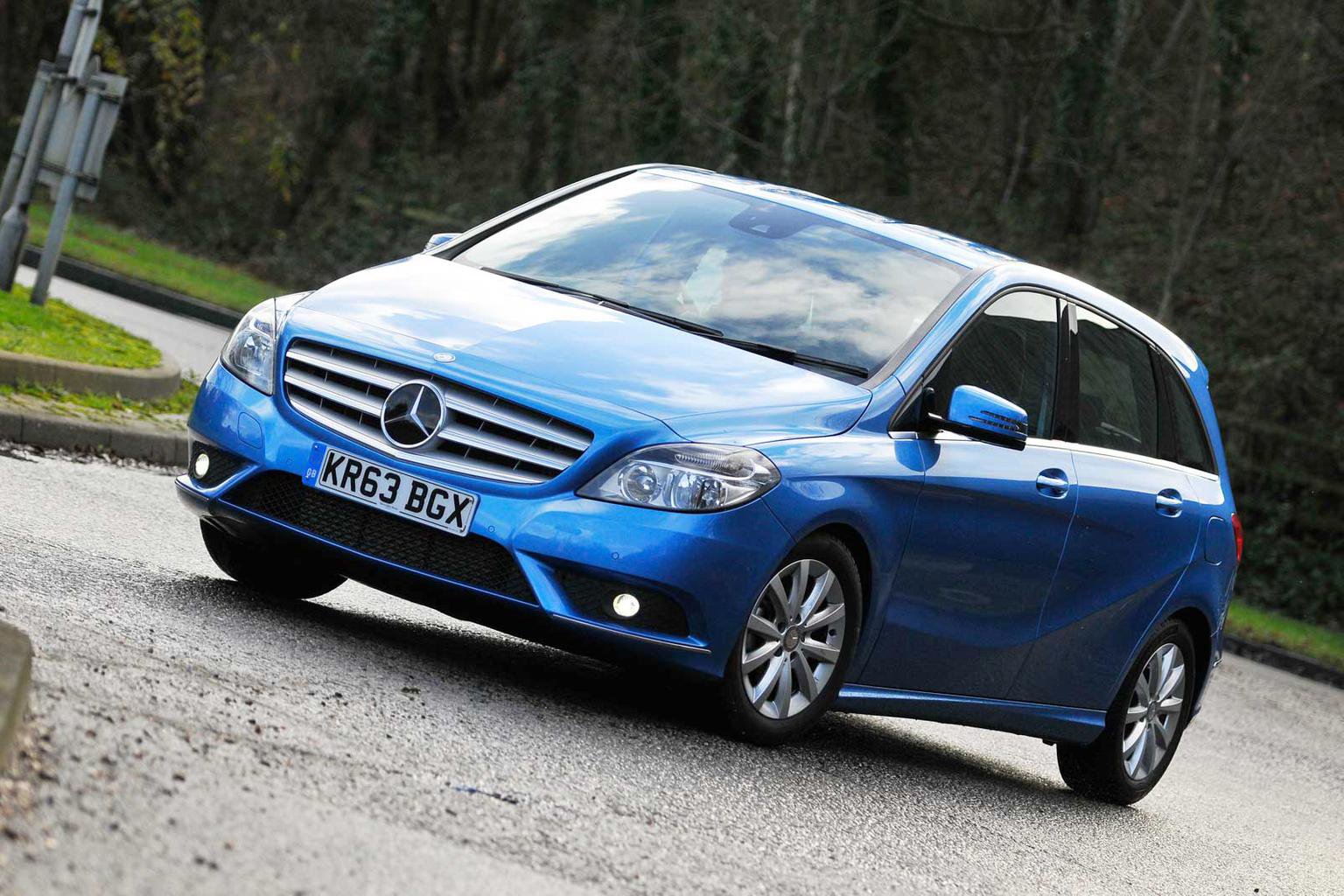 The Mercedes B180 CDI Eco is now the most efficient version of the B-Class family car. CO2 emissions of just 98g/km means it undercuts the next cleanest B-Class by more than £250 a year in company car tax.

This new model should be of interest to high-mileage private buyers, too. True, it’s £1000 more expensive than the entry-level B180 petrol, but the latter won’t be anywhere near as cheap to fuel – the B180 CDI Eco’s official average fuel economy is 74.3mpg.

Mercedes has managed to sneak the B180 CDI Eco under the 100g/km CO2 threshold by fitting lower suspension, improving the aerodynamics of the grille and underbody, using low-rolling-resistance tyres, and shrinking its fuel tank by 10 litres.

The Eco has the least powerful engine in the B-Class range (a 107bhp 1.5-litre diesel), and that's quite obvious from the shortage of response at low revs. You need at least 1800rpm on the dial before the B180 delivers a proper surge of acceleration, and pulling away smoothly isn’t easy, either, because you don't get much feel at all through the light and springy clutch pedal.

The refinement of the engine is also disappointing. Compared with rivals such as the Audi A3 Sportback 1.6 TDI, it sounds very gruff around town, although it does quieten down on the motorway. The tyres on the Eco version also reduce road noise compared with other B-Class models.

Ride comfort is hit-and-miss, too. Like all B-Class models, the B180 CDI is quite firm, so it thunks sharply over bigger potholes or very eroded surfaces, though it's calm enough elsewhere. It’s still nowhere near as composed as a Volkswagen Golf, though.

The steering fails to impress, too. It’s light enough around town, but outside the city limits it feels too vague around the straight-ahead, and weights up inconsistently as soon as you apply lock.

Still, you're unlikely to fancy pushing the handling limits in the B-Class, as the slack body control has it leaning noticeably in corners, and it loses traction and the front wheels and washes wide very easily in anything but dry conditions. It's not in any way alarming or difficult to drive quickly down a b-road, but it's nothing special either.

You also gets Mercedes’ Active Park Assist system as standard, which can take care of the steering when you're parallel parking, leaving the driver to control the car's speed.

Standard safety kit is comprehensive, too. As well as seven airbags, the B-Class gets a system that monitors how alert the driver is, plus a system that can warn you of potential collisions.

There’s loads of adjustment for both the driver and front passenger, which means anyone should be able to get comfortable. Two adults will be just as happy in the back, too, because the space on offer is better than in either an Audi A3 Sportback or a BMW 1 Series.

The 488-litre boot is another reason you might consider a B-Class over more traditional family hatchbacks – it has a good 100 litres more space than rivals from Audi and BMW. What’s more, the optional £515 variable seating turns the rear bench into a modular set-up, adding even greater practicality.

Sliding the rear seats forward in this set-up shrinks rear legroom, but increases the boot space to a substantial 666 litres – that’s officially more space than you get in a BMW X5. This option also adds a front passenger seat that can fold flat, allowing seriously long items to be loaded.

If you don’t need all the space that the B-Class offers, then you should stop reading here and look at the cleanest diesel versions of the Audi A3 Sportback and BMW 1 Series instead. Both will cost you less in company car tax, and both are much better to drive.

True, the B-Class is considerably more practical than both of the above German rivals, but if space if your priority, you'd be better off looking at a VW Golf Estate. It's much better to drive than the B-Class and has a much bigger boot, too.

Buy the VW in 1.6 TDI 105 SE spec and you’ll get just as much kit, plus luxuries such as adaptive cruise control as standard. The Golf Estate’s annual cost for company car users is nearly identical to the B-Class, and private buyers will be spending £1200 less.

It might be roomy, well-equipped and efficient, then, but there are better options than the B180 CDI Eco.