The Countryman has been a runaway sales success for Mini, and now the time has come to update its sporty SUV to keep pace with its rivals. We test the face-lifted Cooper S and D ALL4... 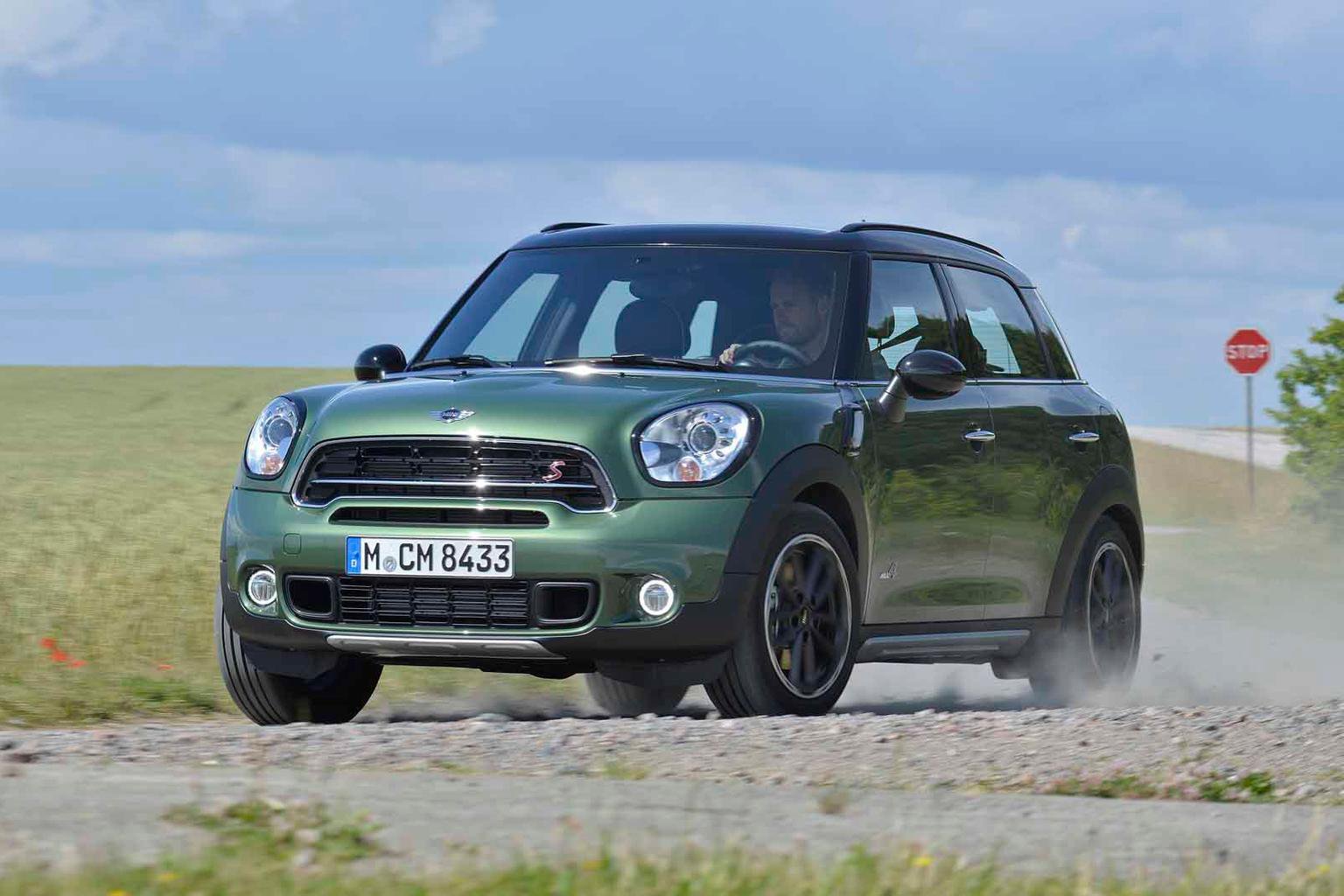 It’s fair to say the Mini Countryman wasn’t met with universal praise when it was launched in 2010, but since then Mini has sold more than 350,000 worldwide, proving there's a big market for a more practical Mini.

So for its mid-life makeover, predictably, not much has been changed. All the engines in the range now meet the stricter Euro 6 emissions regulations, and all of them emit less CO2 than they did before.

There are styling tweaks, of course, with optional gloss black inserts around the headlights and down the wings, a fresh grille design, and lighter alloy wheels.

Poor refinement was a major issue on the previous car, but Mini claims to have solved this problem by adding extra insulation in the roof, under the floor and if the front footwells, and by changing the shape of the door mirrors.

What are the 2014 Mini Countryman Cooper S and Cooper D like to drive?

In a word, noisy. Despite the brand’s best efforts to stifle the wind and road noise in the cabin, the revised Countryman is still nowhere near becoming a refined cruiser.

Even at 65mph, wind noise rushes over the mirrors, the roof and windscreen, and it’s a constant irritant on motorway journeys. Combined withlots of road noise, the big Mini is actually one of the least relaxing small SUVs on the market. The 1.6-litre turbo petrol engine tends to drone, too, although the diesel unit in the Cooper D is relatively muted at a steady cruise.

Things are particularly bad over coarse surfaces, forcing you to turn the volume up on the stereo or raise your voice you want whoever is sitting beside you to hear what you're saying.

The extra power has made little difference to the Countryman's real-world performance, and although its claimed acceleration times are impressive – especially compared with other small SUVs – the Cooper S still feels a bit lethargic compared with similarly priced hot hatches such as the Ford Focus ST and Skoda Octavia vRS.

You need to work the petrol engine hard before it feels fast, and when you do rev it it becomes thrashy and strained. The diesel, meanwhile, never feels that rapid.

Pushing the toggle switch marked ‘Sport’ sharpens the throttle response and adds weight to the steering, and the twin exhausts crackle and pop when you lift off in the Cooper S.

Yet despite trying to inject a playful side to its character, the Countryman rarely feels sporty. Yes, the steering is quick on turn-in and fairly accurate, which makes the Countryman feel darty and nimble, and there’s plenty of grip, too. However, there’s a fair amount of body lean in corners and you rarely feel encouraged to drive it particularly fast.

The Cooper S rides on standard 17-inch wheels, and the result is a ride that is firm at best. The S thumps over sharp ridges and potholes, and scruffier B-roads shake up those in the cabin, and set the steering wheel squirming in your hands, and the tyres fight to follow cambers in the road.

The Cooper D gets 16-inch alloys as standard, so the ride is slightly more forgiving, but it's still firm.

The Countryman's cabin has been given a few minor updates for 2014. The dark grey speedo and rev counter from the hardcore John Cooper Works version are now fitted as standard across the range, and there are new chrome highlights on the air vents.

However, for a car that commands a premium price (without any options, the Cooper S ALL4 costs a hefty £23,125) the cabin materials don't have the same high-quality sheen as those in the latest Mini hatch. The retro design looks appealing, but the small buttons for the climate controls are fiddly.

The plastics covering the dash are hard, and the vents feel particularly low-ren – especially when compared with the interior of rival SUVs, such as the Audi Q3. The front seats are also fiddly to adjust, so it's hard to find a comfortable driving position.

More positively, there's lots of interior space, with plenty of head- leg- and elbowroom, and sliding rear seats mean you can swap rear legroom and for boot space. The load bay itself has a false floor, and the seats fold in a 40:20:40 split, but the boot is shallow and an odd shape, so the type of luggage it can carry is limited.

The Countryman may have been a global success, but it remains a diffcult car to recommend – especially in high-powered, four-wheel-drive petrol trim.

While its cleaner than before, the previous problems with ride and refinment still remain very much there.

True, the Cooper S ALL4 has few natural rivals, except for perhaps the Nissan Juke Nismo, and if you have you're heart set on a high-powered petrol Countryman we'd go for this over the pricier JCW.

Still, rivals such as the Audi Q3 1.4 TFSI are similarly priced, better to drive and more spacious inside, albeit without the added bonus of four-wheel drive. If you need a Mini with a practical edge, though, consider the excellent five-door hatch which has recently gone on sale.