The Seat Leon gets a new, more powerful 1.4-litre petrol engine, which can deactivate two of its four cylinders when cruising to save fuel. We try the estate version... 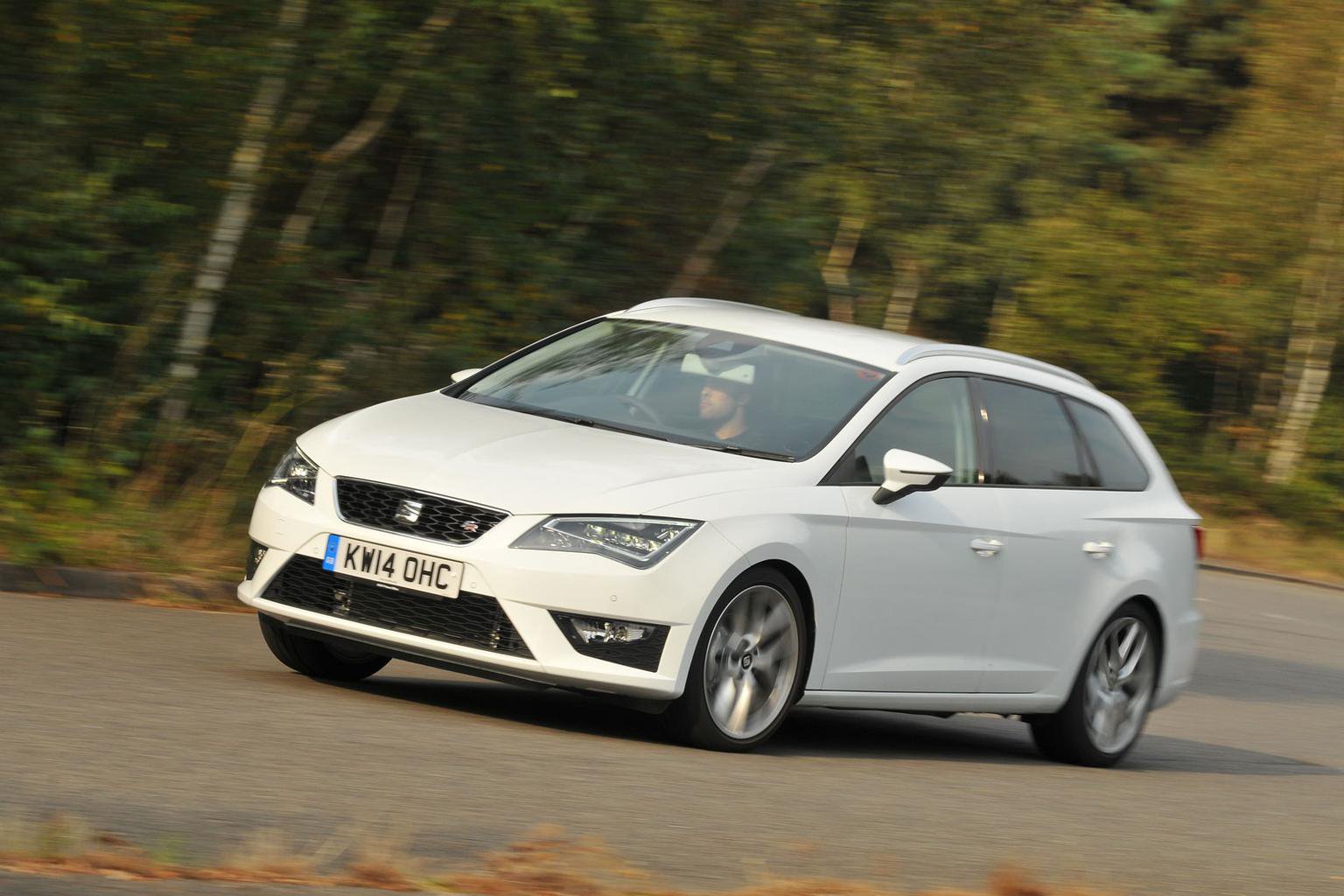 The Seat Leon ST has only been on sale a matter of months, but the Spanish brand has already decided to upgrade one of the engines.

The 1.4-litre turbo petrol used to have 138bhp, but that’s been boosted to 148bhp, and the engine also gains the ability to shut down two of its four cylinders when cruising at a steady speed.

It’s this Active Cylinder Technology (ACT) that’s helped cut CO2 emissions from 122g/km to 109g/km, while also improving official fuel economy by almost 7mpg. Is that worth the £600 increase in price?

The extra power isn’t that noticeable. Still, that’s far from a criticism, because the 1.4 turbo engine is incredibly flexible, pulling strongly from low revs and revving freely until well beyond 6000rpm.

Keep a steady throttle and the engine will automatically go into two-cylinder mode, where it uses considerably less fuel than if all four cylinders were running. The only clue to all this is going on in the background is a slight pause in acceleration when you need to build speed again.

The new ACT engine is available only in range-topping FR trim, which means sports suspension comes as standard. This is good news for handling, because the relatively stiff set-up helps keep the ST’s body upright through corners.

It’s not such great news for ride comfort, though. Things are never horrendously firm or crashy, but you feel every little bump as it passes beneath the car – not ideal in what’s primarily designed to be family transport that is meant to be comfortable first and sporty second.

Those bumps also transmit plenty of suspenion boom into the cabin, and there's a reasonable amount of road noise from the large alloys when you're up to motorway speeds, too. It's a pity because the engine is silky smooth and quiet unless worked hard.

The ST’s boot is almost as big as a Skoda Octavia Estate’s, so there’s a massive 587 litres of space with the rear seats in place. Better still, the load bay is a usefully square shape, while the standard height-adjustable floor allows you to divide the space in two to keep fragile items away from heavy ones.

With the boot floor in its highest setting, there’s virtually no entry lip to negotiate, and when the seats are folded down the extended load area is almost flat. That said, the floor in the VW Golf Estate is easier to adjust.

Dropping the rear seats is easy because they have spring-loaded seatbacks that automatically clamshell down onto the seat bases when you pull conveniently positioned handles located in the boot.

The rest of the car is much the same as the hatchback version, so drivers of all shapes and sizes should have no issues getting comfortable; there's plenty of adjustment in the seat and steering wheel, while all-round visibility is decent enough.

There's also a generous amount of headroom in the back, with lots of light flooding into the cabin from all angles. True, the cabin isn’t quite a classy as a VW Golf Estate’s – you'll find some matt plastic where the Golf offers metallic or gloss 'piano black' trim – but it still looks and feels smart and solid compared with most other rivals'.

In fact, in some ways, the Leon ST’s dashboard is easier to use than the Golf's, because the Seat's main touch-screen infotainment system is positioned at the top of the fascia (rather than halfway up it) so you don't have to tilt your head as far down to see the display, and there are less buttons to negotiate on the steering wheel.

The Leon ST remains one of our favourite estates – it’s practical, fun to drive and good value for money.

However, as great this new ACT engine undoubtedly is, it’s hard to recommend over the 1.6 diesels, which are cheaper and will return much better fuel economy in the real-world – even though they aren’t as quick or nearly as refined.

The fact this new engine it available only in sporty FR trim also counts against it, because it means you're forced to put up with a uncessesarily firm ride and a higher price.

If you're set on Leon ST and want a petrol, then consider the less powerful 123bhp 1.4 TSI. It does without the clever ACT technology and isn't as quick, but it's available on more softly sprung SE trim, and it's also around £2200 cheaper to buy.

We look forward to trying the ACT engine in the hatch and SC models though, where the sporty set-up won't count against it.