The Skoda Rapid Spaceback Greenline is the most efficient model in the range, with emissions of 99g/km and official economy of 74.3mpg... 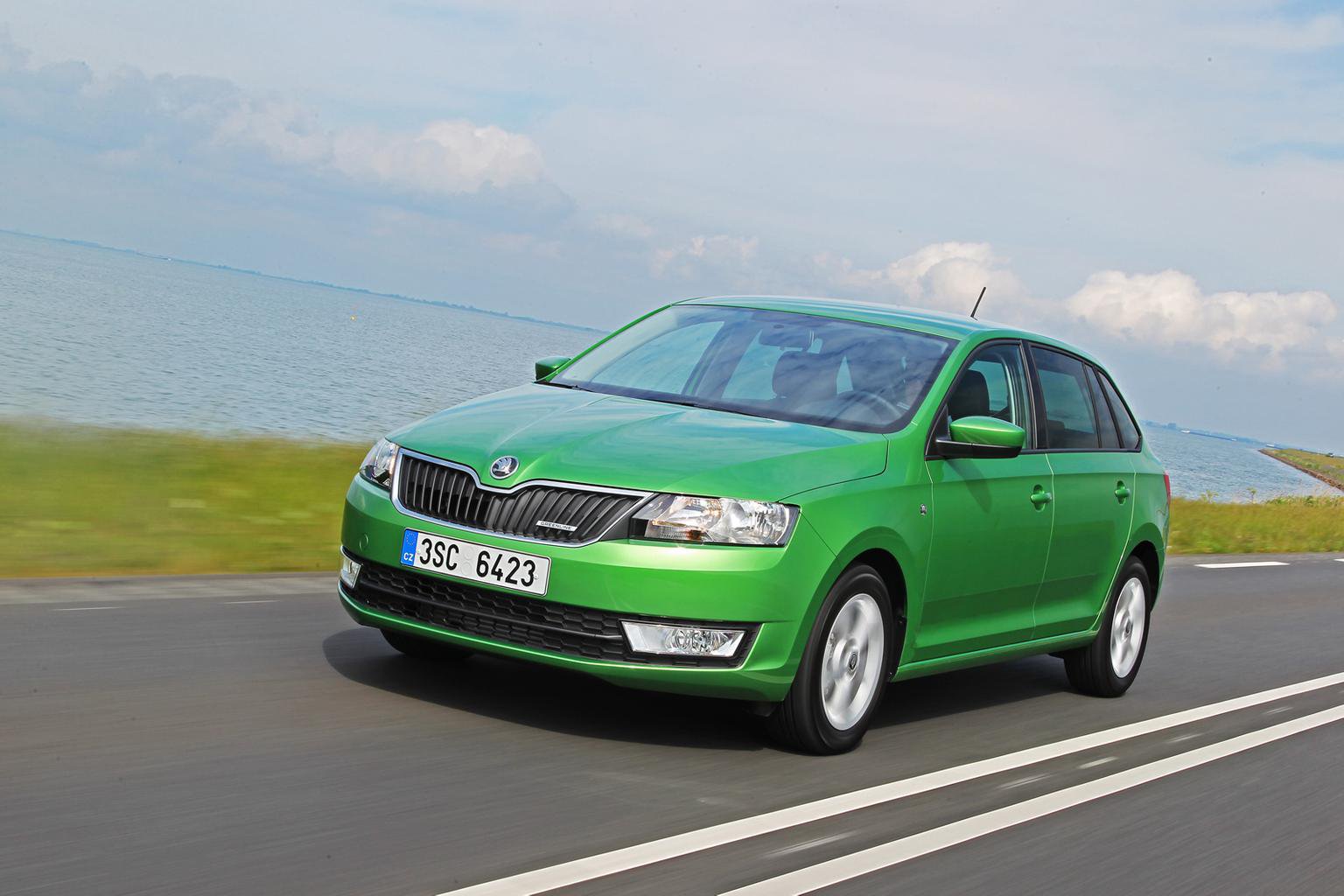 The Skoda Rapid Spaceback has always been an oddity in the Skoda range. Despite its name and estate-like shape, it actually has a smaller boot than the regular (and cheaper) Rapid.

This new Greenline version beomes the most economical in the range, offering CO2 emissions of 99g/km and official average of 74.3mpg.

It comes with several features intended to aid economy, including 15-inch alloy wheels (fitted with low-rolling-resistance tyres), engine stop-start and an energy-recuperation system. It also gets Greenline badging, front foglights and a trip computer.

What is the 2014 Skoda Rapid Spaceback Greenline like to drive?

The Rapid Spaceback Greenline's engine is a tweaked version of the 89bhp 1.6-litre diesel offered in other models in the range.

The tweaks that drop the CO2 emissions from 114g/km to 99g/km are small enough that they don't have a massive impact on how the car drives. Acceleration times and top speeds remain unchanged, and the car handles and rides in the same way as the rest of the Rapid Spaceback range.

This means it corners well enough, with little in the way of body roll through bends. The steering is also decent, as it's both accurate and predictable, yet light enough to aid low-speed manoeuvres.

The ride is an issue, though, as it is becomes decidedly unsettled over even relatively minor imperfections, and really quite crashy over bigger bumps and potholes.

The 1.6-litre diesel engine is pretty gruff in other Rapids, but it's even worse in the Greenline – it's very noisy at tickover and at lower speeds, and while it quietens down slightly at motorway speeds, the lack of sound deadening means there's lots of road and wind noise.

What is the 2014 Skoda Rapid Spaceback Greenline like inside?

There's plenty of headroom for all passengers, and those in the back get more kneeroom than in many of the Rapid Spaceback's rivals.

There's a decent amount of boot space compared with rivals such as the Seat Leon and Kia Ceed, too, with 415 litres on offer, and 1380 litres with the seats folded. The Spaceback falls down when you start to compare it with other models in the Skoda range, however, because its boot is smaller than both that the standard Rapid's and the not-much-pricier Octavia.

The other downside is that this is a car built to a tight budget – and it feels it. The interior plastics are hard and unglamorous, so the Spaceback is nowhere near as classy inside as a Kia Ceed or a Seat Leon.

The Greenline is based on S trim, which means you get air-conditioning, remote central locking, electric front windows, a height-adjustable driver’s seat and an alarm. You also get a trip computer, which doesn't feature on S models.

The new Greenline doesn't address any of the Rapid Spaceback's major shortcomings, and while cheaper models in the range (principally the 1.6 TDI S and 1.2 85 S) do at least have price on their side, the Greenline isn't especially good value.

As a private buyer looking for an economical diesel, you'd be much better off looking at the cheaper (and more efficient) Kia Cee'd 1.6 CRDi 1 or the the Seat Leon 1.6 TDI S, which is a much better car, is equally frugal and costs just £355 more than the Skoda to buy.

The Greenline doesn't make much sense for company car drivers, either, because as a 20% rate taxpayer you'll pay less for the Kia and just £1 more a month for the Leon.