Kia's updated family hatchback gets new styling and technology, but keeps its 'value for money' character... 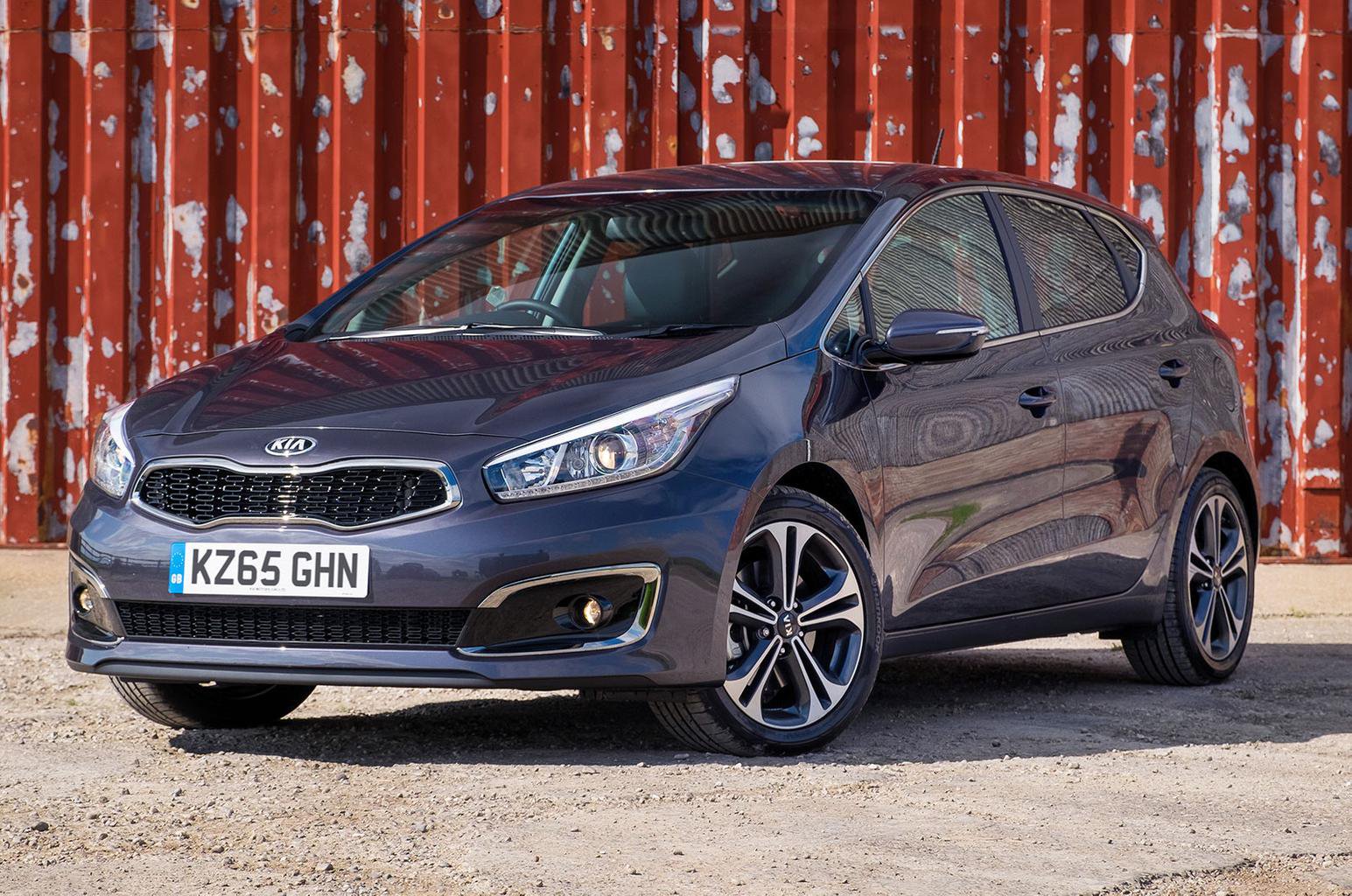 As mid-life updates go, the one Kia has applied to the Ceed hatchback is pretty comprehensive. As well as new front and rear bumpers outside and an upgraded interior inside, this latest version of the Ceed also gets new engine options and new safety technology, too.

It's all aimed at keeping the Ceed competitive in a segment that's overflowing with quality rivals, especially in the form of the recently facelifted Ford Focus, Volkswagen Golf, and Hyundai i30. They will shortly be joined by the new Vauxhall Astra, too.

The 1.6-litre diesel model we're driving here is currently the best-selling Ceed in Europe, and it's expected to maintain that position. Its peak power output has been upgraded from 126bhp to 134bhp, while pulling power remains the same as before, at 221lb ft. As well as the standard six-speed manual gearbox, buyers can also now opt for a new seven-speed dual-clutch automatic option, which we're testing here.

There wasn't a lot wrong with Kia's old 1.6-litre diesel Ceed, but it did feel a bit less powerful than its 126bhp would suggest. The modest upgrade to 134bhp has certainly helped, though, with performance now that bit livelier. The engine is relatively quiet and pulls well from low down in the rev range, although it does begin to sound strained above 3500rpm, as you might expect.

The Ceed's steering is light and direct, although doesn't offer much feedback. The car's brakes take some getting used to and don't feel as sharp as those in rivals such as the Golf and Focus, but their stopping power is adequate. Even so, this version of the Ceed isn't the best choice for keen drivers; it's competent, but never delivers the driving thrills of the best rivals.

Kia's new seven-speed automatic transmission functions well in automatic mode, and can be switched to a manual mode by using the steering wheel-mounted paddles. There's some hesitancy when the automatic 'box selects a lower gear, but it's never a major irritation.

At more than 70mph, some road noise finds its way into the cabin. At lower speeds, however, the cabin remains quiet. As for the ride, it's a little firm but comfortable enough.

We've always praised the Ceed's value for money and that theme continues here. Entry-level cars get air conditioning, a DAB radio with Bluetooth and electric windows while more expensive trims come with luxuries including heated seats, sat-nav and a comprehensive suite of driver assistance technologies.

The Ceed's interior hasn't changed drastically, but subtle improvements to the quality of materials make it more appealing than before. Among those upgrades is a new digital instrument cluster, which can be configured by the driver to show a variety of driving data.

Elsewhere, there are more soft-touch materials, while the seats remain relatively comfortable and supportive. There's plenty of space inside the car, too; enough for four adults to tackle longer journeys in comfort, along with a relatively big boot.

With these latest updates, the Ceed makes a better case for itself than ever before. Its new exterior look, coupled with the higher-quality interior and more powerful engine, moves the Kia closer to its big-name rivals on merit, even if it doesn't quite surpass them on driving experience.

The biggest thing in the Ceed's favour, though, is value; it still costs considerably less than an equivalent VW Golf or Ford Focus.