Our 2013 Car of the Year receives new tech and a facelift as part of a mid-life refresh. Is the Audi A3 Sportback still our favourite premium-badged family car?... 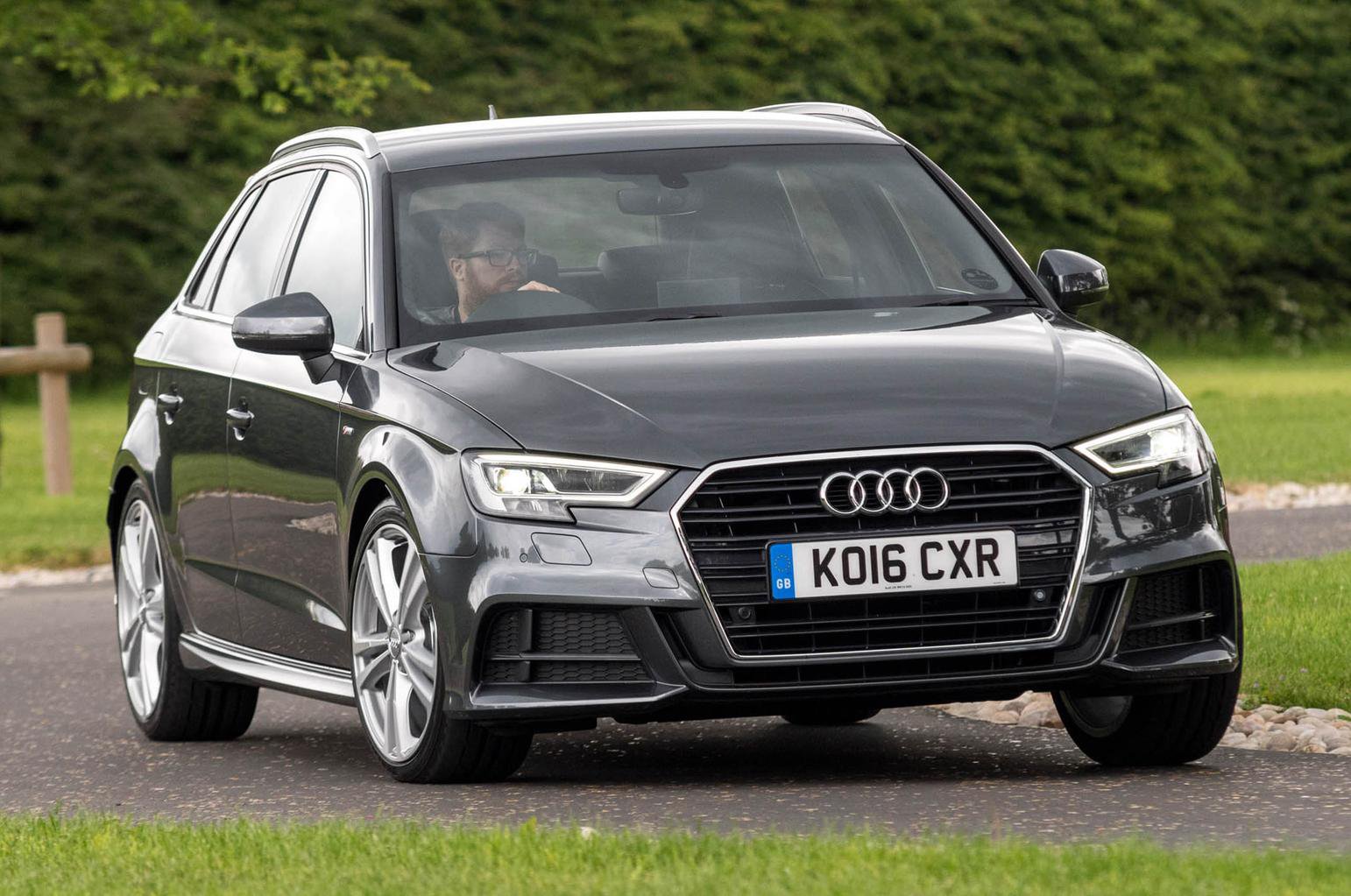 The Audi A3 has proved a huge success over the last 20 years; in fact, it’s the German brand’s biggest-selling car. And it’s easy to understand why, because it has always offered a classy interior, strong engines and enough practicality for most scenarios.

But after three years on sale, the current A3 has gone under the knife in order to keep it well ahead of newer rivals, including the Mercedes-Benz A-Class and BMW 1 Series. Although at first glance it looks much the same as before, there are new head and tail-lights, a sharper, broader grille and some new colours and alloy wheel choices.

Technology from Audi’s more expensive models has also filtered down to the A3. You can have a fully configurable 12.3in Virtual Cockpit screen in place of conventional instrument dials, plus there’s some new safety kit and extra online connectivity. Two new engines – 1.0- and 2.0-litre turbo petrols – also join the range, but here we’re looking at the most popular engine, the 2.0-litre diesel with 148bhp.

Audi might have made quite a few changes to the A3, but it has left the suspension and 2.0 TDI diesel engine well alone. That's a good thing, because it means the engine remains smooth and quiet; you can barely hear it at all when cruising. 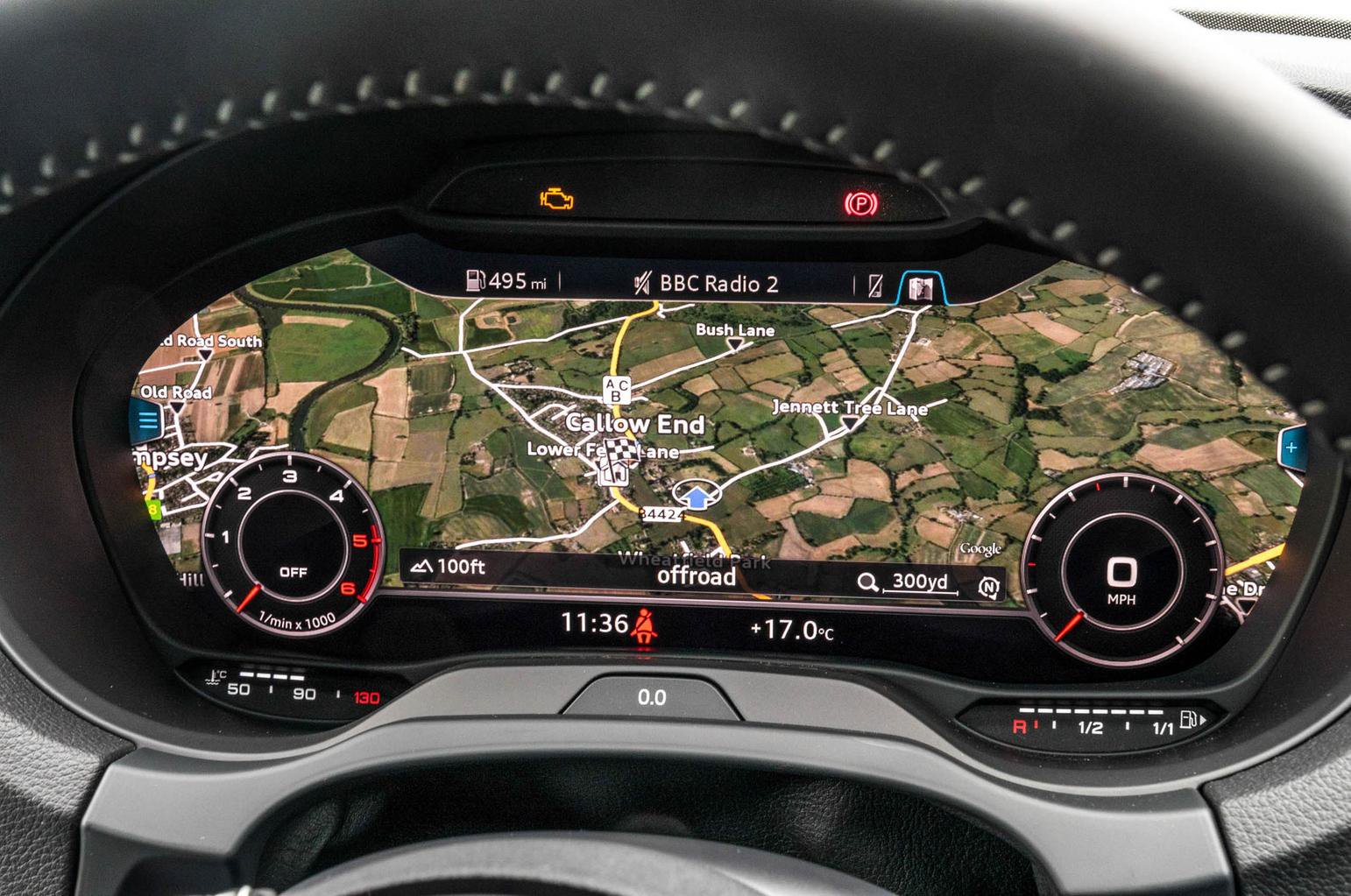 It also remains pleasingly muscular, offering plenty of pull from around 1400rpm. If you need to make swifter progress, acceleration continues strongly well beyond 4000rpm. The steering is precise and nicely weighted, too, unless you select Dynamic mode, in which it becomes too heavy. 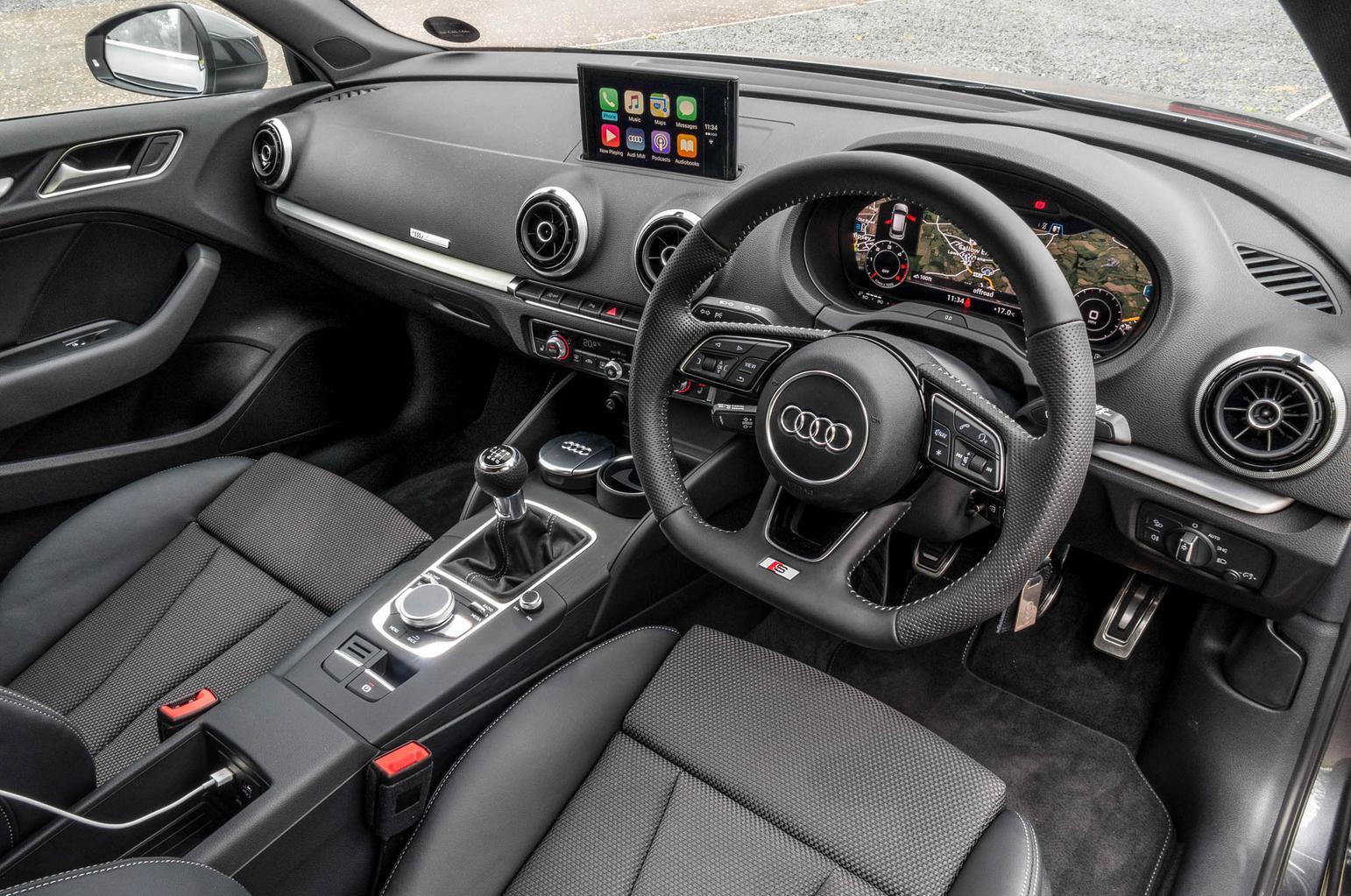 The A3 certainly handles as tidily as ever. Cornering grip is good, it's keen to change direction and it's even quite good fun compared with softer hatchbacks, such as the Volkswagen Golf. However, we'd avoid the sports suspension popular S line models come with as standard. This, combined with 18in alloys, makes the A3 fidget on all but the smoothest of roads. Thankfully you can opt for standard suspension free of charge no matter which trim you choose.

The driving experience may not have changed, but there’s plenty to talk about in here. Once behind the steering wheel, it’s impossible to ignore the optional Virtual Cockpit fitted to our test car. This 12.3in screen is the same one that features on the TT and A4, and sits behind the steering wheel where you'd otherwise find traditional analogue instrument dials.

Using buttons on the steering wheel, you can switch between traditional-looking – but digital – dials or displays that prioritise the sat-nav, radio, trip computer or telephone. It’s impressive in how it can convey so much information so clearly and attractively. 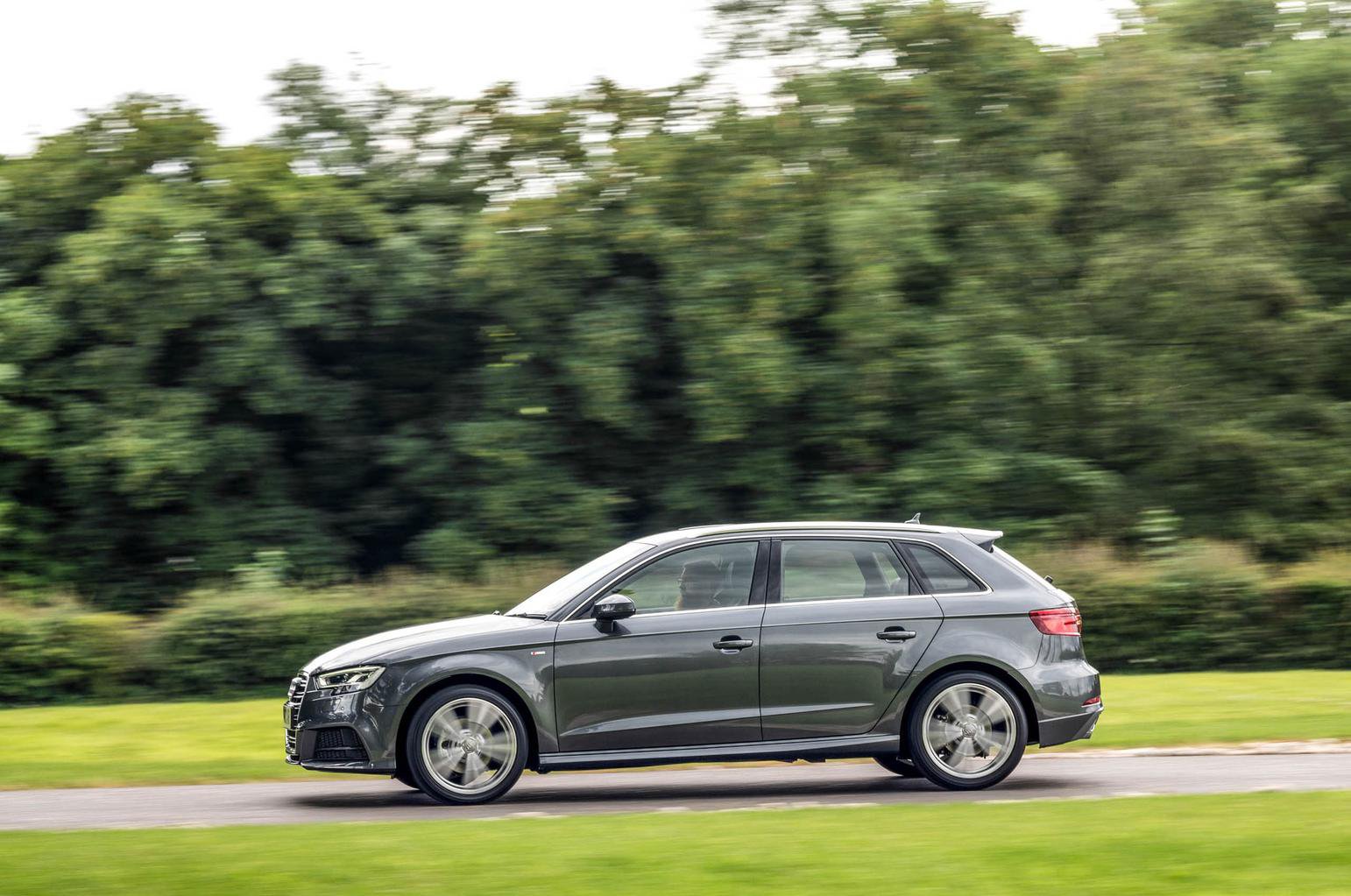 Apple CarPlay and Android Auto connectivity are also included. After plugging our iPhone in, it took just a couple of inputs from the MMI controller between the seats to get it to connect to the car. If you prefer, or don’t have a compatible phone, you can still sync your phone up using Bluetooth for more limited functionality.

You also have the option of the Audi's 'phone box', which can boost your phone’s signal and charge it wirelessly (if your device be compatible). You can even use the free Audi MMI connect app to access streaming services and transfer your calendars to the car. 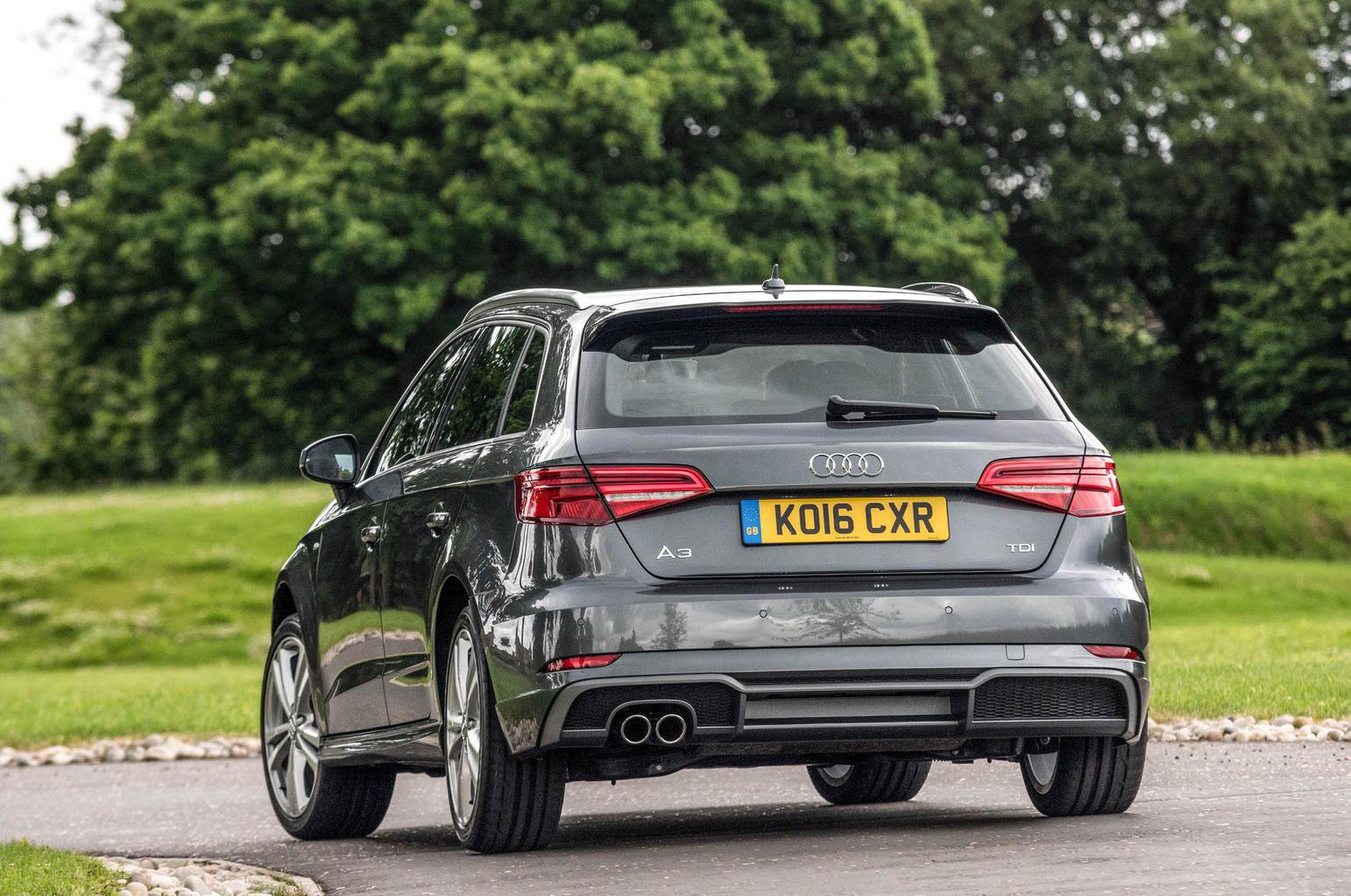 The A3 can be made safer than ever, too. You can now have a rear cross-traffic assist – a system that warns if you’re about to reverse into another car's path – and even a traffic jam assist, which can take care of accelerating, braking and steering for you.

As for practicality, the Sportback may be better than the BMW 1 Series but still isn’t the most spacious of hatchbacks for rear seat passengers. Head room could be better and your knees are closer to the front seatbacks than they would be in, say, a Skoda Octavia. Boot space is better than many rivals though, and is on par with that of the Golf.

Audi has managed to keep the A3 well ahead of newer competition despite making very few mechanical changes. The 2.0 TDI engine is unchanged but still among the best diesels out there. We’ve no doubt that many potential buyers will be wooed by the improved connectivity and fresh new technology.

As impressed as we are by the new gizmos, there are still a few caveats to A3 ownership. We would advise against sports suspension, for example, and some of the high-end versions are quite pricey. Even so, it remains our premium-badged hatchback of choice.