More for you |
VIDEO: New 2020 Jaguar F-Type V8 reviewCan I buy a car on finance and then pay it off? I can't use my £68,000 sports carUsed test: Jaguar F-Type vs Mercedes-Benz SL Best and worst sports cars for less than £60,000
Home
First drive
2016 Jaguar F-Type S Coupé manual review
first drive

Jaguar's mid-range V6 S F-Type has been given a manual gearbox for the first time. Does that make it even more engaging to drive?... 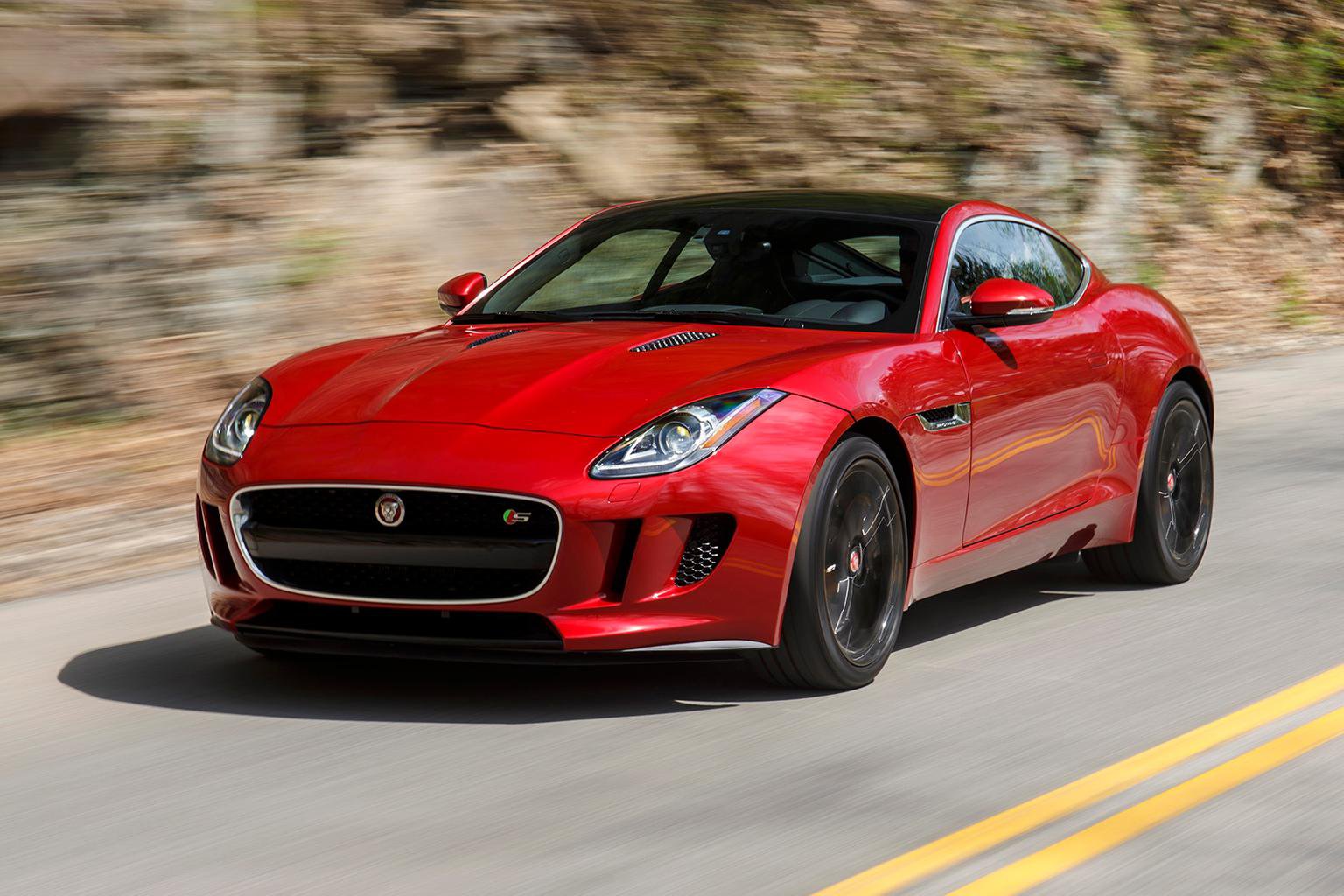 There are few cars as desirable as the Jaguar F-Type Coupé. Its sleek looks and raucous exhaust note are enough for many, but those after an enjoyable drive are also treated to sharp handling and a compliant ride.

For us, the sensible money lies with the entry-level V6 Coupé, because it's priced right, still goes like stink and handles more predictably than the range-topping V8 R. In fact, we like it so much, it won its Coupé price point at our 2015 What Car? awards.

However, in order to broaden its appeal even further, Jaguar is adding both all-wheel drive and manual models. AWD is limited to the R and S F-Types, while a six-speed manual gearbox can be paired exclusively with the entry-level V6 and mid-range S. It's the latter we're driving here.

So is this new manual model good enough to justify its extra price over our favourite and become our pick of the F-Type range, and is it now a better bet for keen drivers than a manual Porsche Cayman?

What's the 2015 Jaguar F-Type S Coupé Manual like to drive?

The V6 S certainly isn't short of power, but you have to work it harder than the V8 to get the most from it. That's no hardship, given the V6's superb noise and smooth, linear power delivery.

The six-speed manual gearbox doesn't have the slickest action, but it isn't notchy enough to mean missed gears at vital moments. The clutch pedal is nicely weighted, too. There's more of an issue with the gearlever's position, which is slightly higher up than ideal, with two cupholders positioned just in front proving to be an obstacle should they be occupied.

The F-Type Coupé's body is stiffer than the Convertible equivalent's, and that has a positive effect on handling. It changes direction with slightly more urgency, while swapping the F-Type's steering system from hydraulic to electrically assisted for this new model hasn't been detrimental either. It remains accurate and well weighted if a bit lighter off centre.

There's plenty of fun to be had on a winding B-road, yes, but a Porsche Cayman still turns in harder, remains even more composed through bends and its engine feels more slick.

F-Type S models get adaptive dampers as standard, and selecting Sport mode stiffens them up. But while doing this also sharpens the throttle response by a useful amount and makes the sports exhaust louder, the steering becomes a little too heavy for our tastes and the ride, while remaining well controlled, becomes very firm over ruts and bumps.

As with all Coupé models, there's quite a bit of road noise at high speed, but the F-Type's sleek lines help keep wind noise to a minimum.

What's the 2015 Jaguar F-Type S Coupé Manual like inside?

Space and quality aren't effected in the new F-Type, which means there's still lots of room for two people in the cabin, and a decent amount of space in which to store phones, wallets, keys, a couple of drinks and a small bag if not much else.

Some of the switchgear plastics fall short of the sort of quality you'd like for a coupé costing this much, but on the whole the various surfaces with which you come into contact are soft-touch, dense or covered in high-quality stitched leather.

The most notable change is to the F-Type's infotainment system. The main screen is now of a more colourful design and divided into a far easier to hit quarters, while the general responsiveness has been improved.

However, beyond the home screen, it remains the same, and there are some smaller buttons that are frustratingly tricky to hit while driving. Furthermore, the Coupé's boot is bigger than the Convertible's in size, but remains really only capable of taking a couple of weekend bags.

Everything else aside, the manual gearbox does offer genuinely more involvement for those who feel isolated by automatic gear changes. The gearlever might prove awkwardly positioned for some, but overall it helps give the F-Type another positive dimension.

We're yet to drive the entry-level V6 manual, but based on our experience of it in the S, we'd still recommend the base V6. It's some £8000 cheaper, makes the same enticing noise with an optional sports exhaust added and won't be a whole lot slower on public roads. The keenest drivers will still find more reward running a manual Porsche Cayman, however.

Even so, you shouldn't discount Jaguar's eight-speed automatic gearbox altogether. It better suits the F-Type on long journeys and makes it cleaner and more frugal. Test drive both before you buy.