If you're in the market for an affordable small car, how about the special-edition Suzuki Swift 1.2 VVT SZ-L, which offers plenty of bang for your buck?... 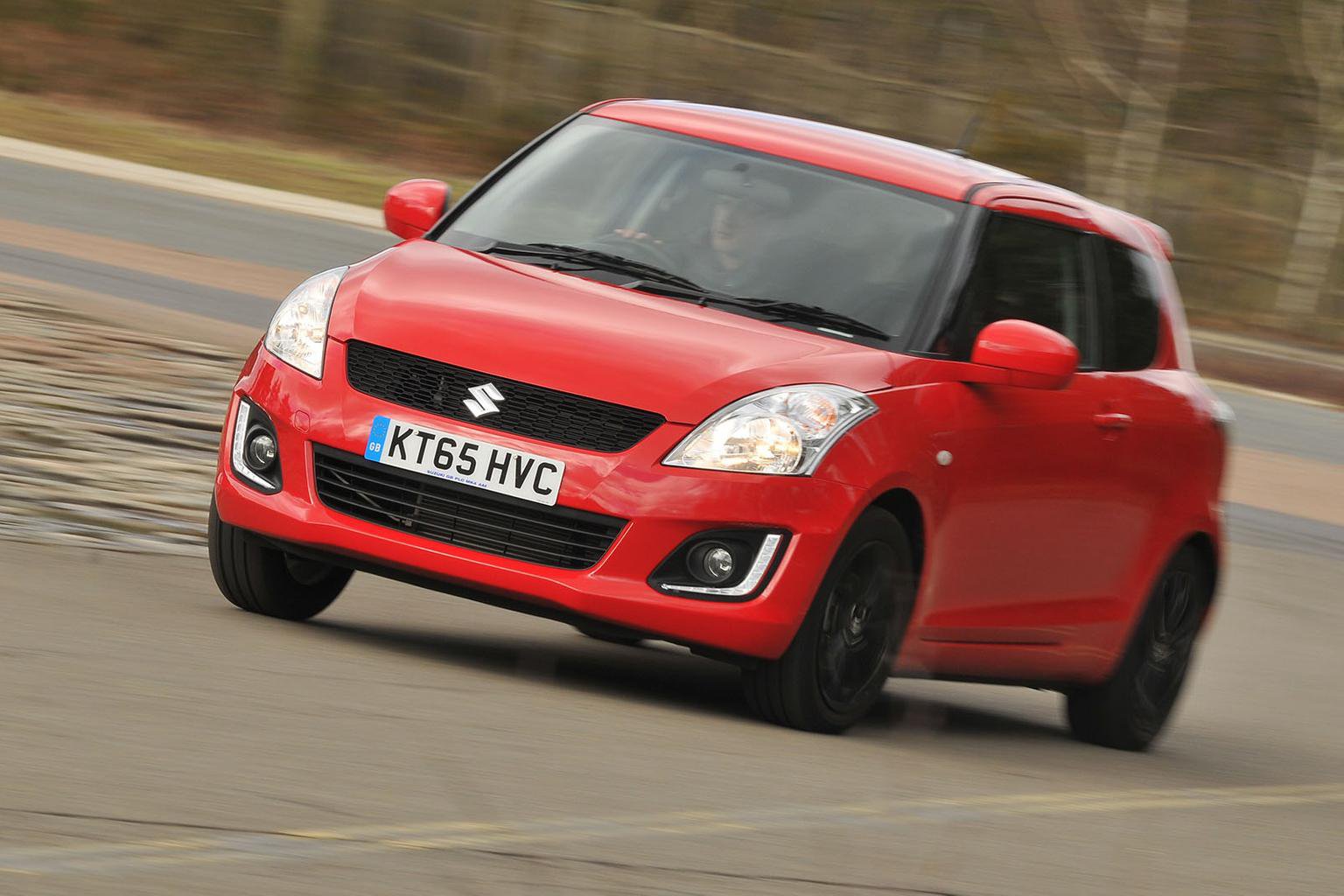 It’s always worth keeping an eye out for special editions of regular models, as they can be packed with extra kit. That’s exactly the case with this new Suzuki Swift 1.2 SZ-L.

It's based on the mid-trim SZ3, so you already get seven airbags, a USB connector, Bluetooth, air-con and electric front windows. However, for an extra £500 – taking the SZ-L to £10,999 for this three-door model, or £11,499 for the five-door – you also get sat-nav, a DAB radio and cruise control.

Not only that, but there are styling upgrades as well. The SZ-L has a rear spoiler, gloss-black 16in alloy wheels and, inside, silver stitching on the seats and the Swift's sports steering wheel.

The only engine option is the non-turbocharged 1.2-litre petrol unit, fitted with a five-speed manual gearbox. CO2 emissions are high for the class at 116g/km, but road tax is still only £30 per year. Our real-world fuel economy test of 51.7mpg was a good showing, too, being not far off Suzuki’s official claim of 56.5mpg.

For the same budget, you could also look at the entry-level Hyundai i20 1.2 S or, for less still, a top-of-the-range Dacia Sandero TCe 90 Lauréate.

In its lower gears, the Suzuki feels relatively lively for town driving, but out on the open road in the higher gears it starts to struggle. Adequate performance is available, but you need to really stretch the engine into its upper rev range to exploit this. That said, the Hyundai i20 is similar, but the turbocharged Dacia manages to provide a bit more low-end shove.

The good news is the Suzuki’s engine sounds smooth when you rev it and the gearbox is light and easy to use. The absence of a sixth gear for cruising means you can hear the engine buzzing away at 70mph, though, along with some wind noise from around the door mirrors. Over coarse roads, this is accompanied by some road roar.

The Swift rides pretty well, smoothing out smaller undulations better than the two rivals and managing larger bumps without resorting to resounding crashes through the cabin. There are better-riding cars, though, such as the Ford Fiesta and Volkswagen Polo, but they’ll cost you several thousand pounds more.

The little Suzuki also handles securely, while managing to be quite entertaining. There’s lots of front-end grip as you turn in to corners, and because it’s well damped, it remains stable mid-turn, even if you hit a rut or ridge. Only the steering lets the side down. It’s direct enough, but with poor feedback through the wheel, it's not particularly intuitive.

As the fundamentals remain the same as any other Swift, the same pros and cons remain. Up front, there’s plenty of space and enough adjustment to suit most shapes and sizes. This includes a height-adjustable driver’s seat and steering wheel, but unlike the Hyundai i20, the wheel doesn’t move in or out for reach as well. The seats are supportive for all but quick cornering, when poor side support forces you to hold on tight to the steering wheel.

It doesn’t deliver the rear seat space of an i20, but by the standards of the class it’s still reasonable. Leg and head room are fine for a couple of average-sized adults on short trips, and the recessed sides give good elbow room.

In practical terms, it’s the boot that is the Swift’s Achilles heel. It’s only really big enough for a few large shopping bags, with an awkwardly high loading lip, and while 60/40 split-folding seat backs are standard, they leave a large step when folded. That can be inconvenient when you’re loading bulky items.

Being a car built to a strict budget means there are no fancy soft-touch plastics inside. An i20 does have some and therefore feels a bit more premium, but the Swift still manages to look smarter than a Sandero inside. The infotainment is not the best on the market; the small screen is susceptible to being bleached by bright sunlight, plus its small icons are fiddly to hit. Plugging in addresses to the sat-nav or pairing a phone are easy operations, though.

It depends on your budget to some extent. If you can stretch to pricier models such as a Ford Fiesta or our favourite small car, the Skoda Fabia, then they do offer a better all-round package. If you’re buying on a PCP finance deal, always compare the monthly payments, as sometimes these can work out just as affordable for the more expensive cars.

However, if about £11,000 is your absolute budget and it’s a choice of an entry-level i20, a top-spec Sandero or this Swfit 1.2 SZ-L, we’d take the Suzuki. It’s got lots of standard goodies for the money while also being good to drive. * What Car? says...**