Everything you need to know about BMW's range-topping coupé, which will take on the Mercedes S-Class Coupé and Aston Martin DB11... 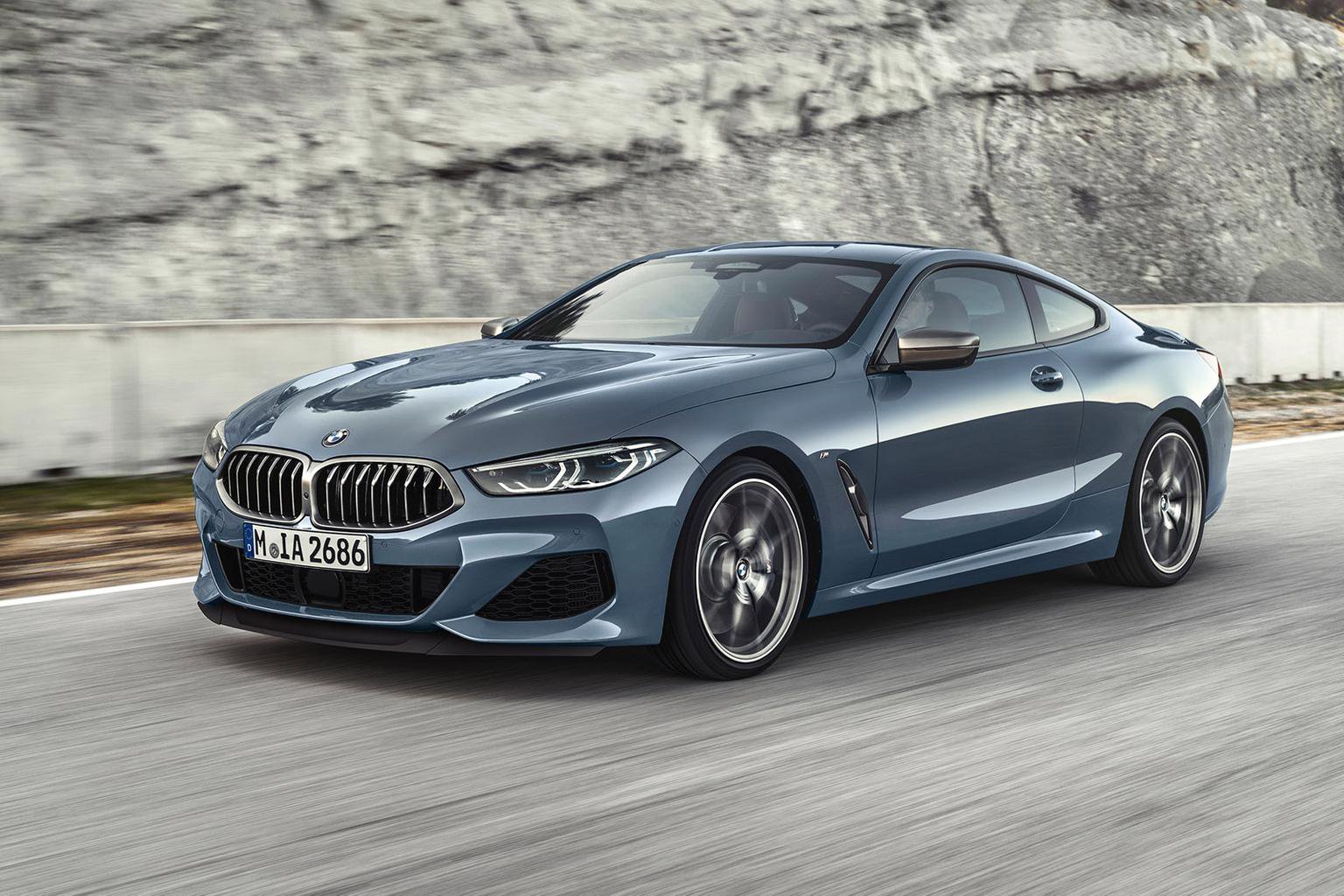 The new 8 Series is BMW’s flagship car – a luxurious grand tourer that’s designed to compete with rivals such as the Audi A7 Sportback and Mercedes S-Class Coupé, and even the Aston Martin DB11 in its hottest form.

Essentially a coupé version of the 7 Series luxury saloon, the new car marks the return of the 8 Series name for the first time since 1999. It’s been conceived to push BMW further upmarket, combining the performance of a Porsche 911 with the practicality and luxury of the 7 Series.

Click through this slideshow to find out everything you need to know about the new 8 Series, including when it's coming and how much it will cost you. 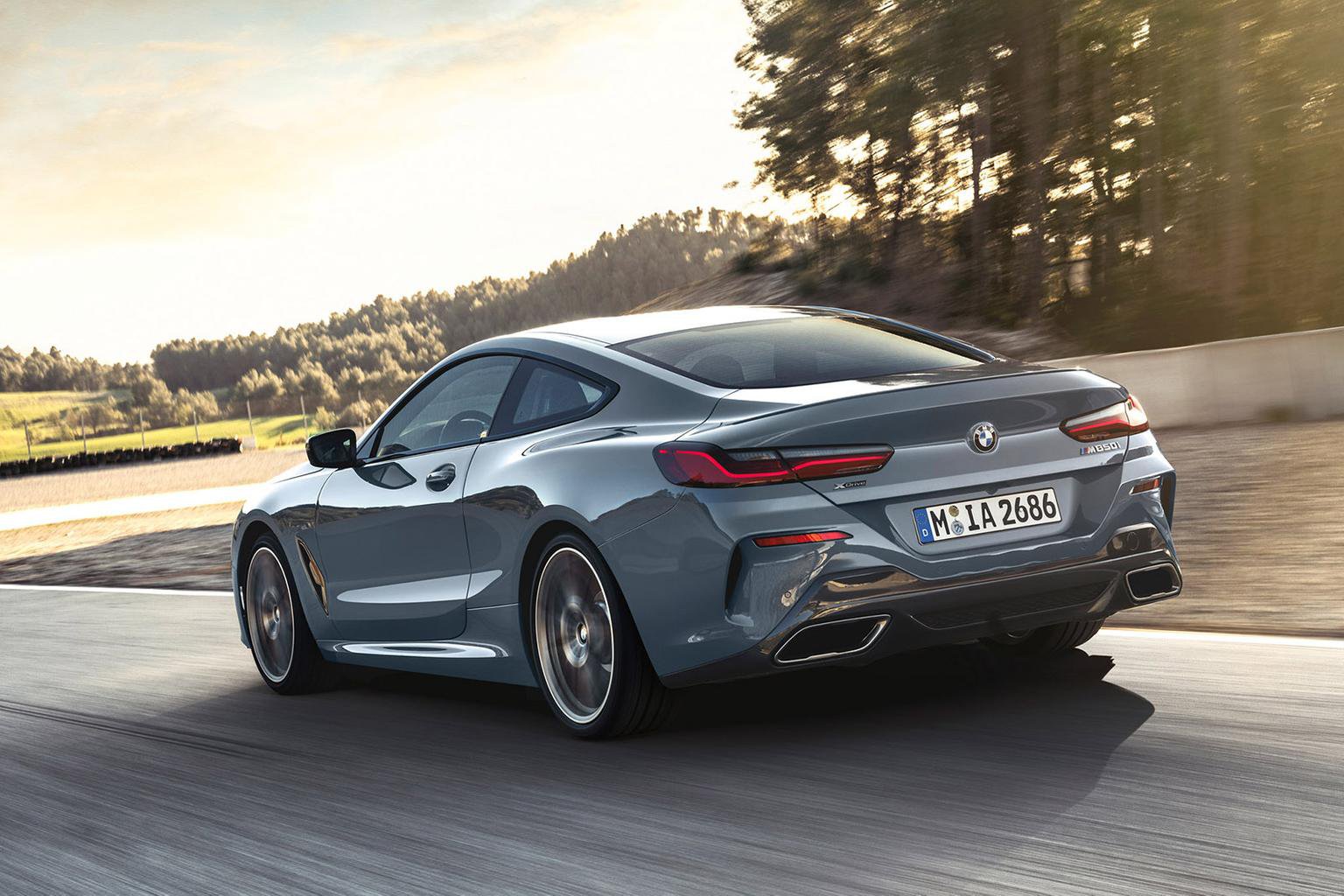 The coupé’s dimensions make it shorter, wider and lower than its Mercedes contemporary, with a shorter distance between its front and rear axles. But with 420 litres of storage space, you’ll still be able to fit marginally more luggage inside it. 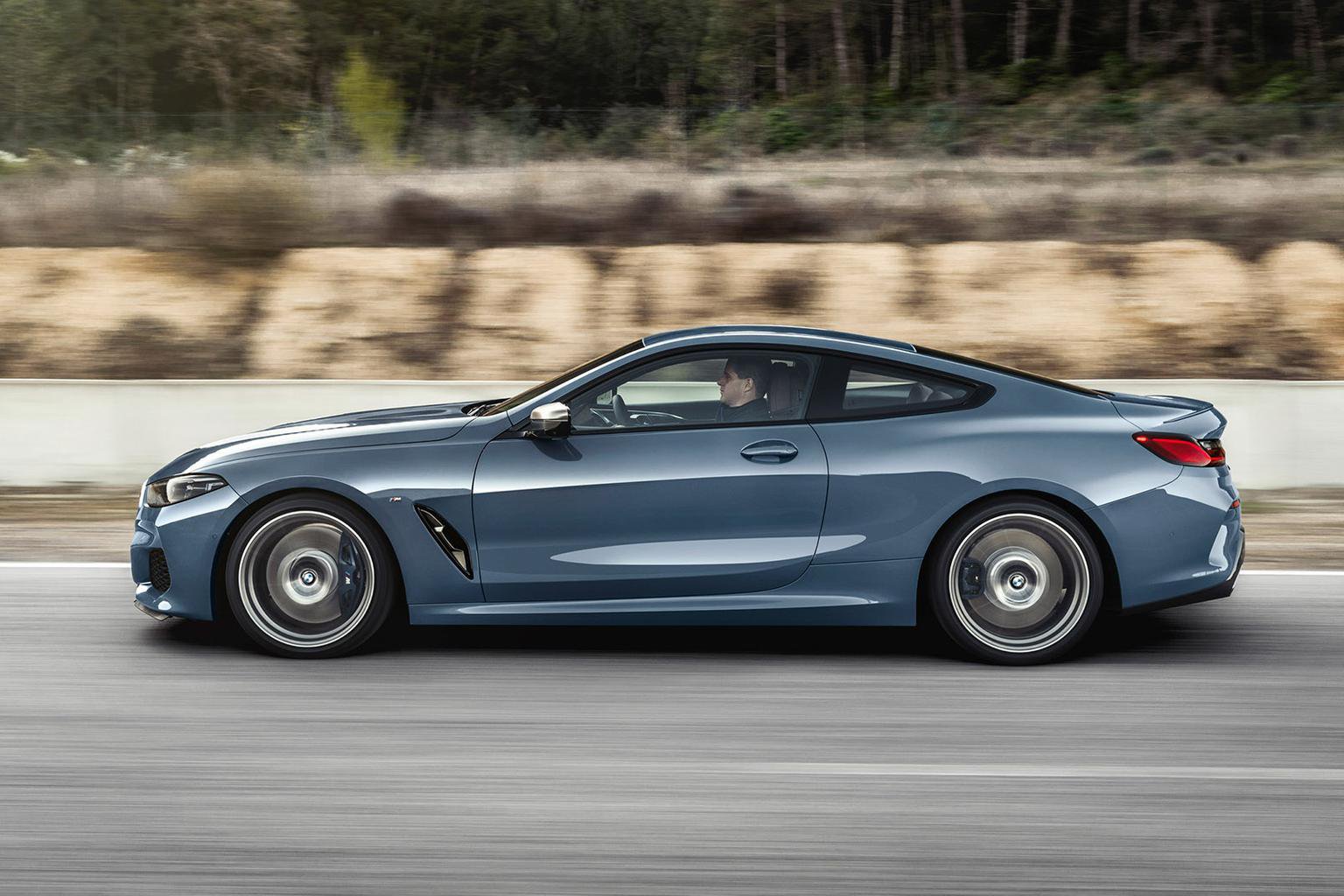 As standard, the car sits on 18in alloy wheels, although sizes up to 20in are available on the options list. Among the 8 Series’ design highlights are a larger and more prominent grille than is seen on BMW’s other models and slim LED tail-lights. 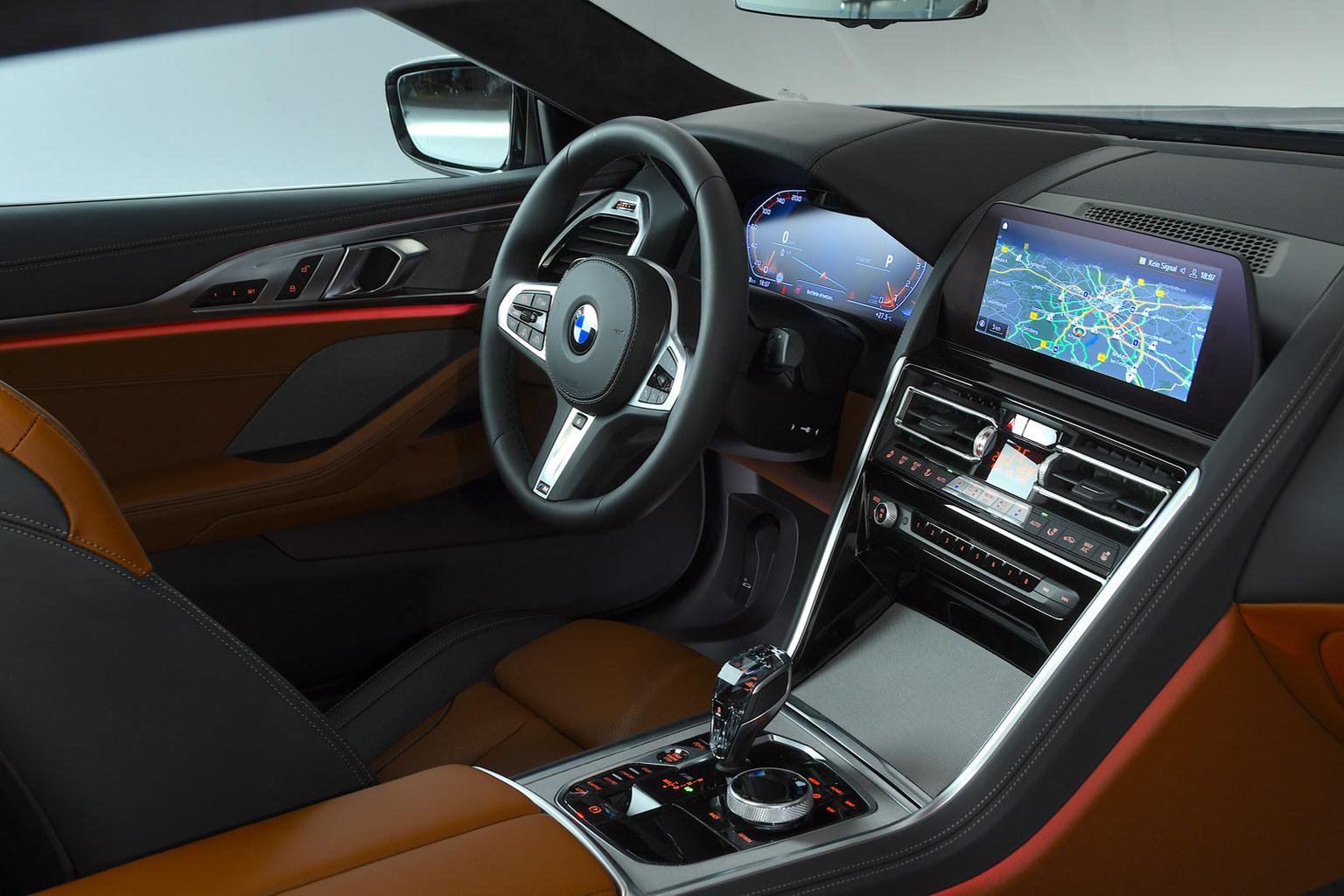 The interior of the 8 Series is largely similar to that of the new X5 SUV, in that it features BMW’s new 12.3in digital instrument cluster, which can place interfaces such as the sat-nav map directly in front of you, and a separate 10.3in infotainment touchscreen as standard, as well as a head-up display. Unlike in BMW’s other cars, though, the 8 Series’ centre console is angled towards the driver – something that’s designed to evoke the feeling of a sports car. 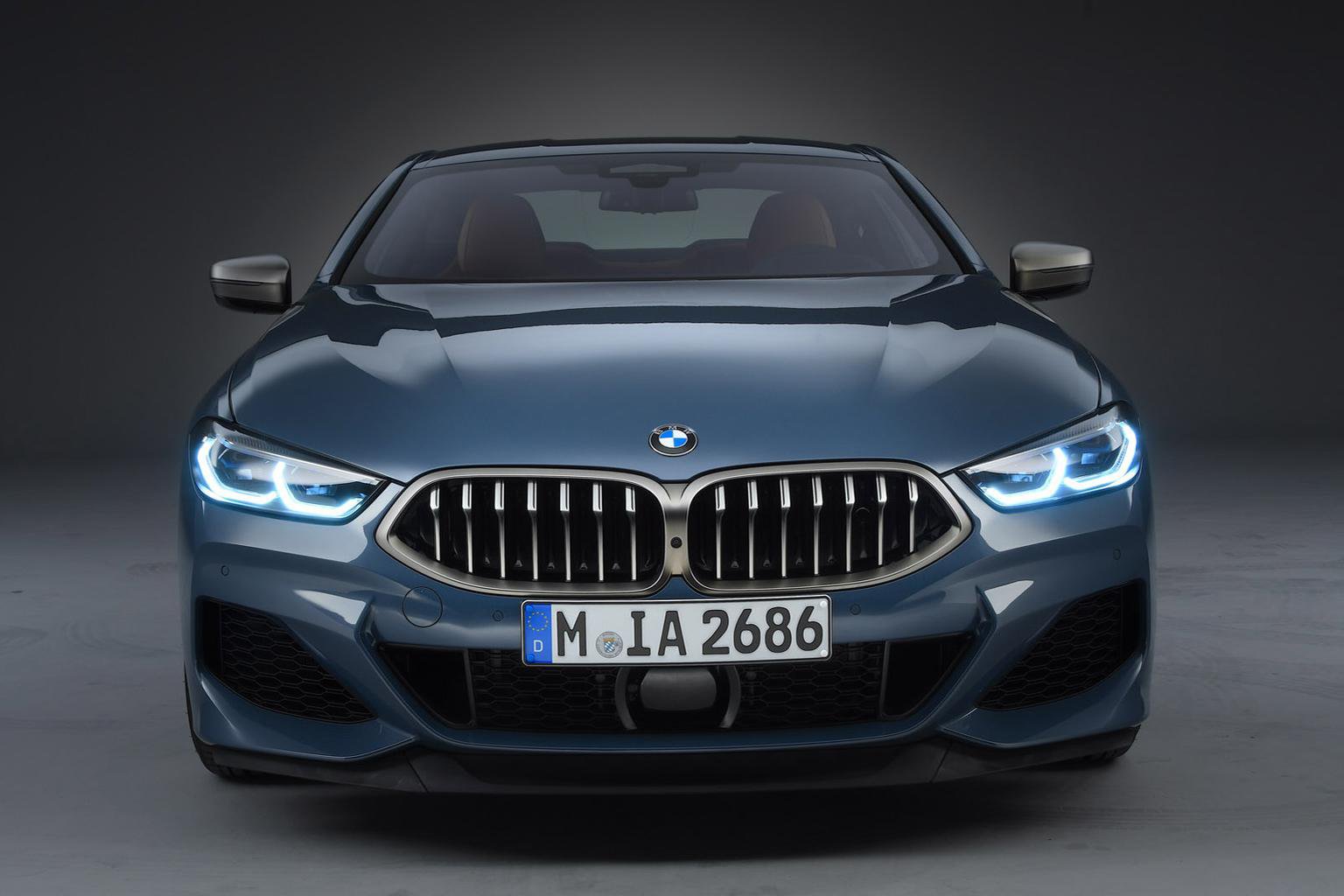 Like the latest Jaguar and Audi models, BMW is following suit by offering wireless software updates for the 8 Series, limiting the time customers will have to spend at the dealership. 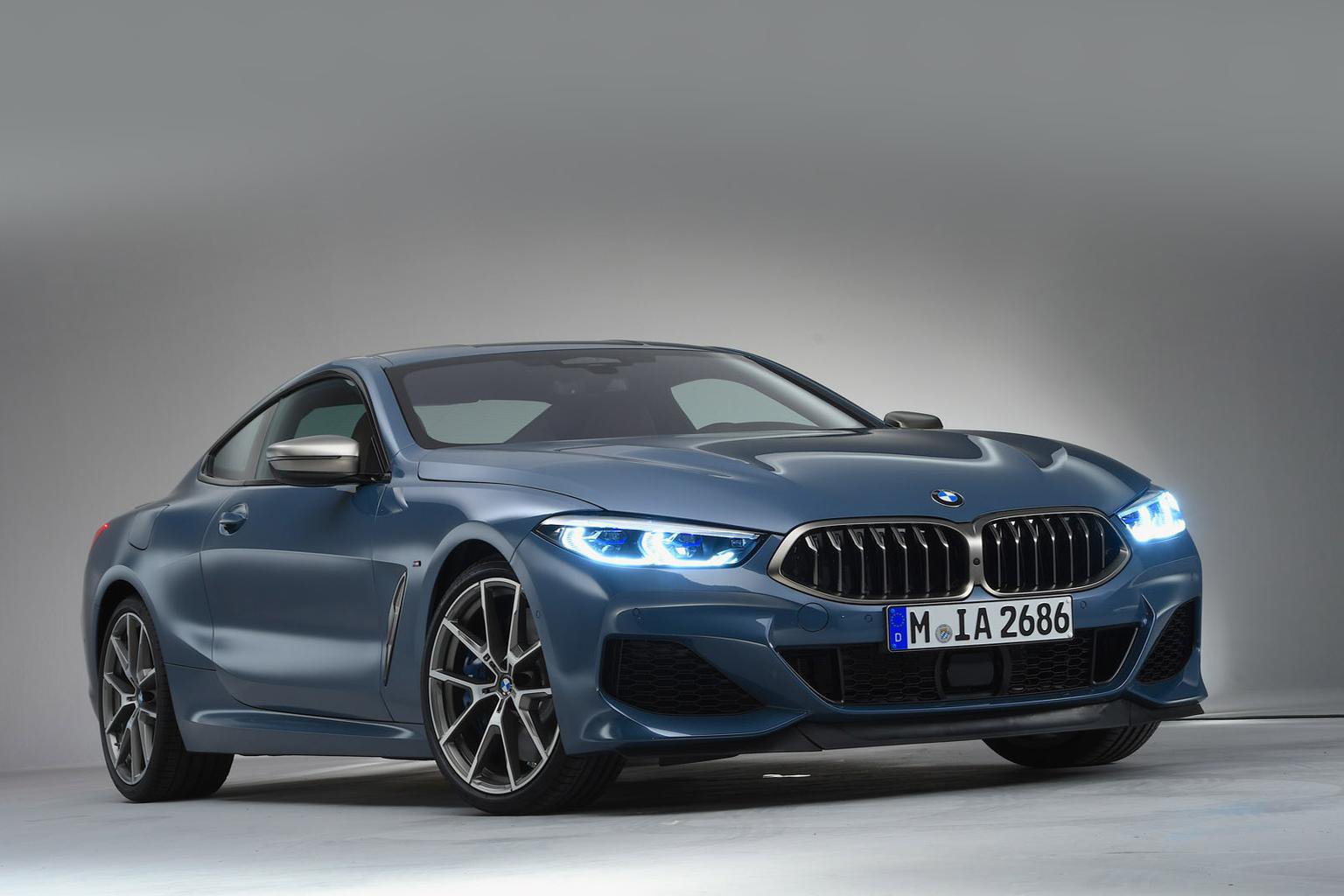 Just two versions of the 8 Series will be available from launch. The range kicks off with the 840d xDrive diesel, which has a 3.0-litre six-cylinder engine that produces 315bhp – enough to get the 8 Series from 0-62mph in 4.9sec. Official average fuel economy is 45.6mpg, with corresponding CO2 emissions of 164g/km. 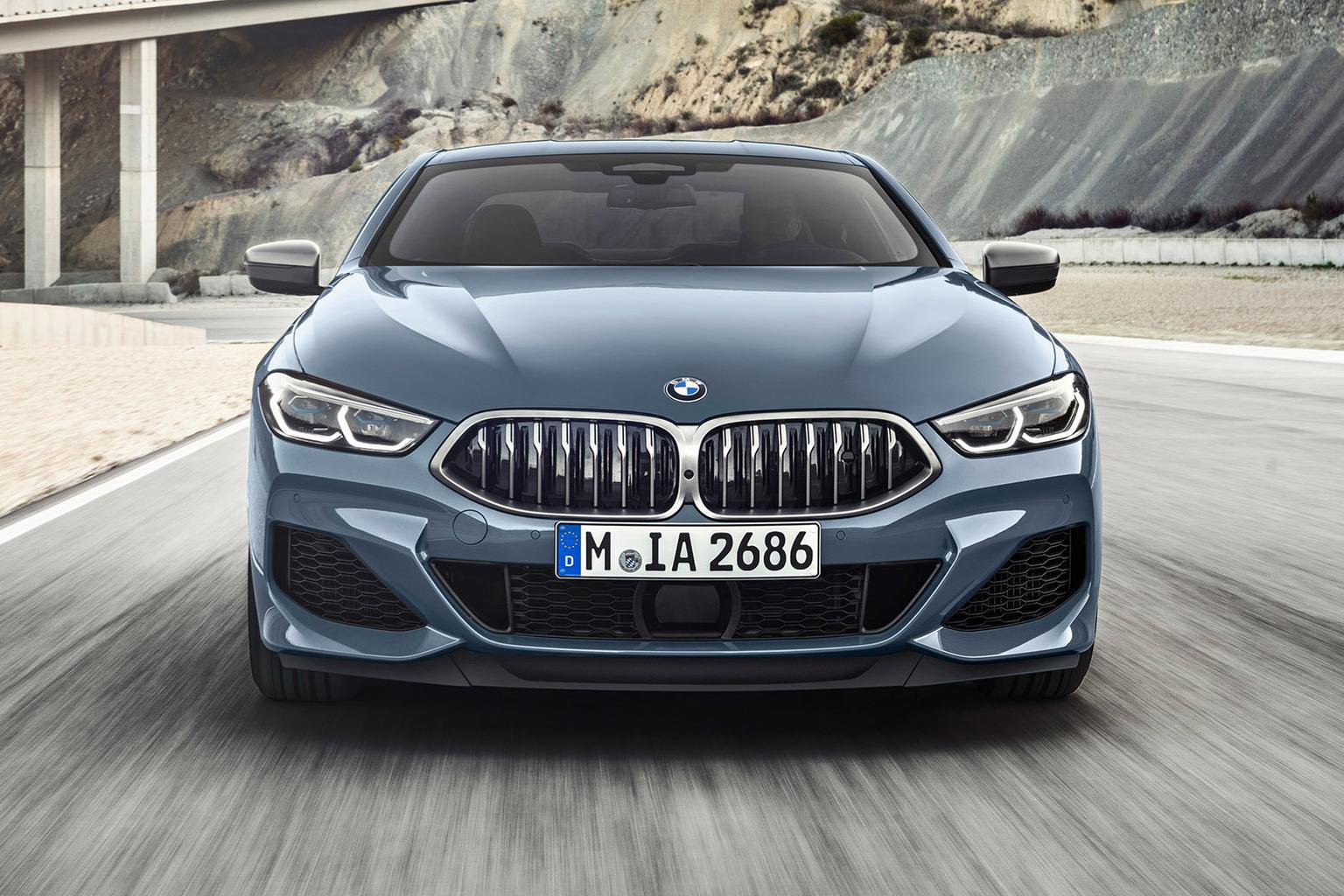 Buyers wanting petrol power have the M850i xDrive, which gets a heady 523bhp from its 4.4-litre V8 petrol engine. It can cover the same 0-62mph sprint in 3.7sec – faster than any non-AMG version of the S-Class Coupé and all but the most hardcore versions of the Porsche 911.

As their names suggest, both engines come with BMW’s xDrive four-wheel drive system, albeit with a set-up that sends power to the rear wheels in most situations. Power is channelled through a standard eight-speed automatic gearbox. Both cars are also limited to 155mph. 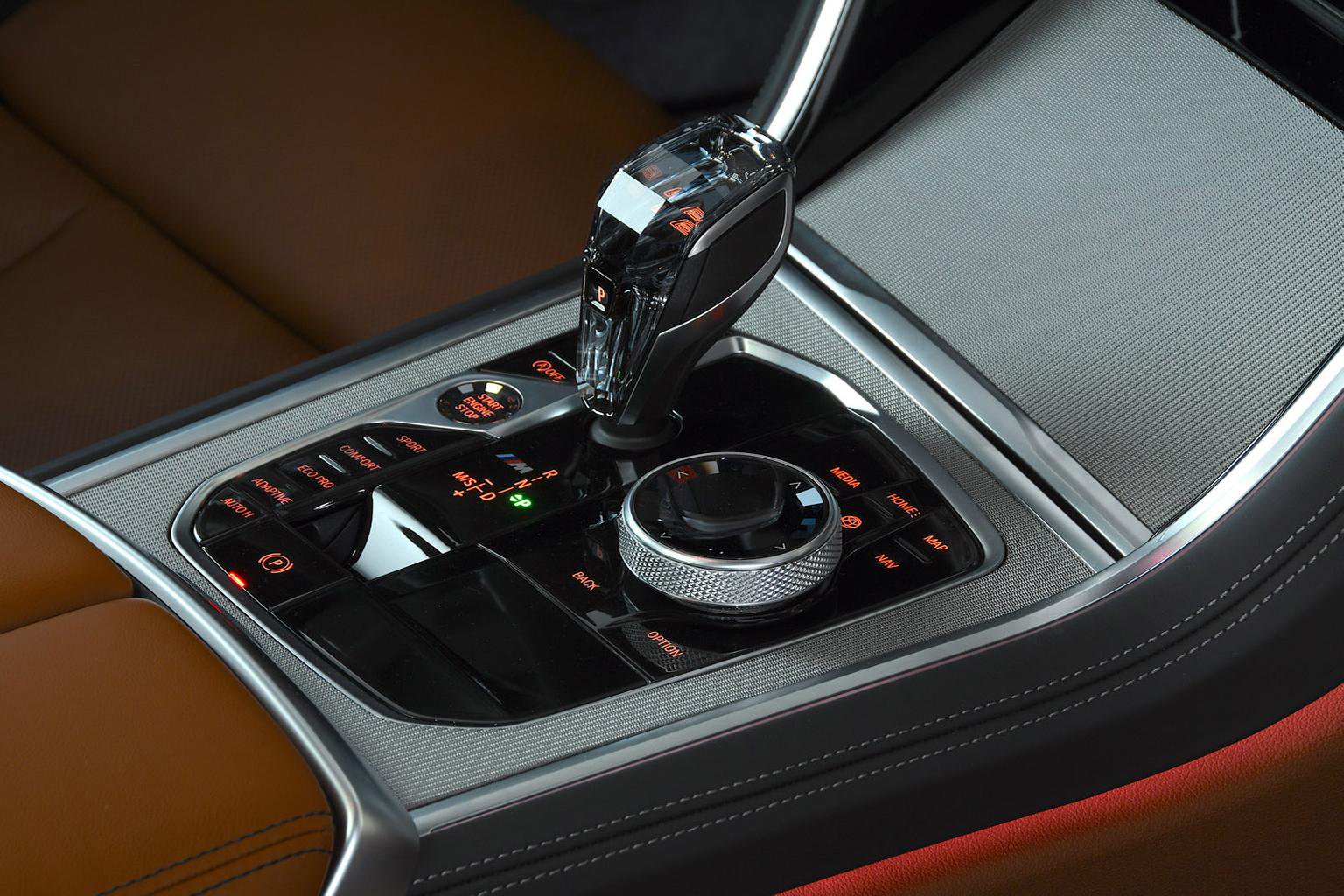 As their names suggest, both engines come with BMW’s xDrive four-wheel drive system, albeit with a set-up that sends power to the rear wheels in most situations. Power is channelled through a standard eight-speed automatic gearbox. Both cars are also limited to 155mph. 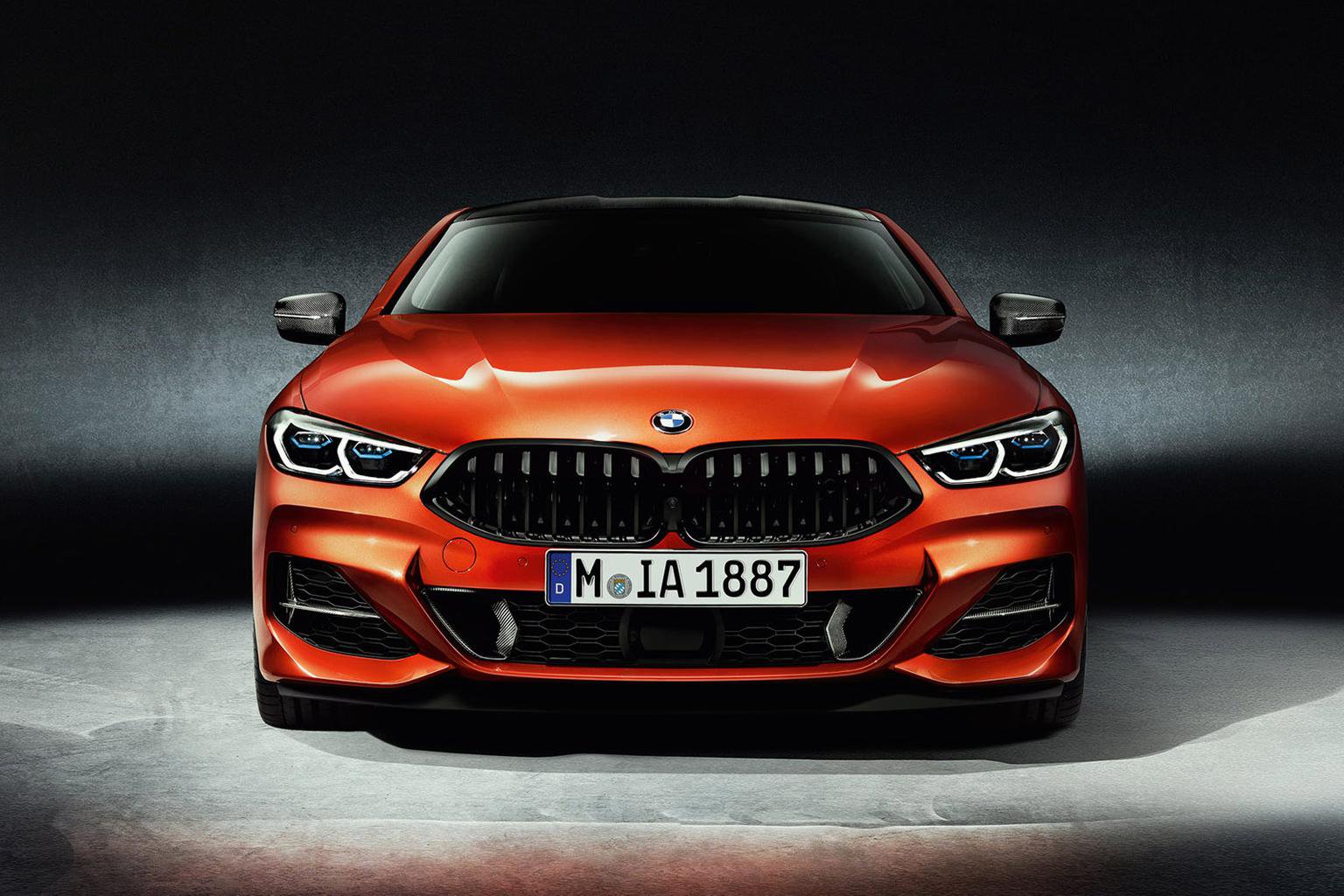 Although BMW won’t confirm any additional engine variants for now, we know that a mild hybrid version of the 8 Series is under consideration. A hardcore BMW M8 is also due to arrive around the end of next year, with a V8 petrol engine producing around 600bhp.

More bodystyles are also on the way, too, including a four-door Gran Coupé and a cabriolet. 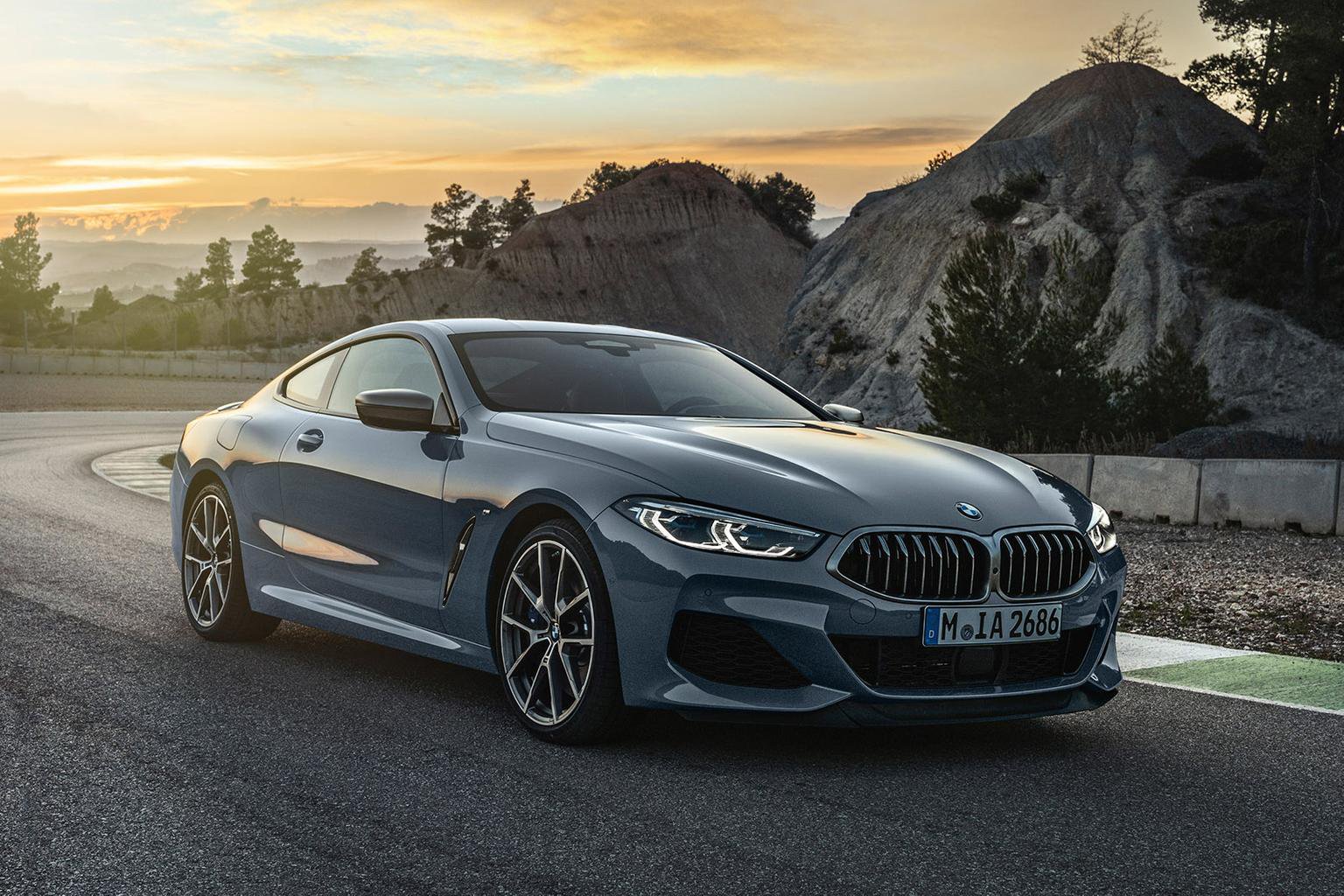 Expect the Gran Coupé and cabriolet versions of the 8 Series to cost considerably more, and for the range-topping M8 to edge close to six figures. And, as is normally the case for high-end models, high demand will mean that discounts will be hard to come by for some time.

The best and worst coupés 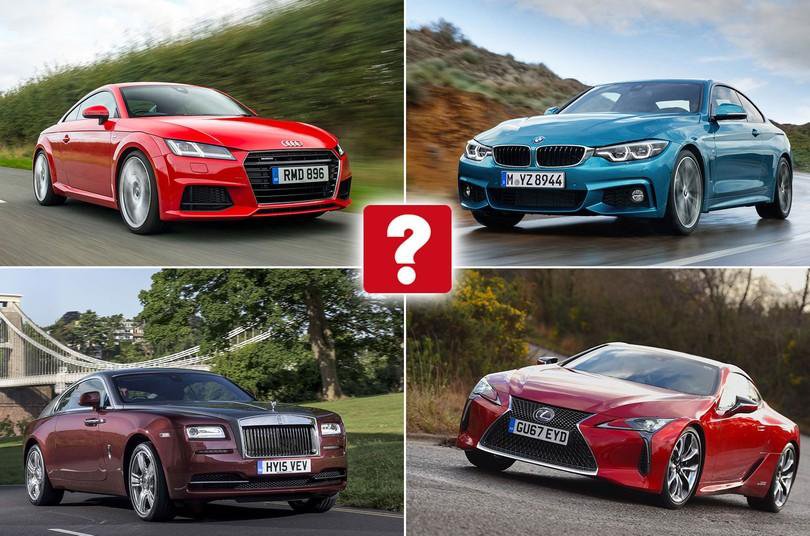 So that's the new BMW 8 Series, but what about other coupés on the market? Well, whatever your budget we've named the best new coupés around right now, as well as the ones to avoid. Just click through to the next story to find out more.

Next: the best (and worst) coupés >