This BMW Concept Z4 is the clearest indication yet of what next year's third-generation Z4 sports car will look like...

Not so long ago, the traditional soft-top convertible looked like it was heading for extinction, as the majority of car makers started to use retractable hard tops instead. But like the humpback whale and the white rhino, it has made a remarkable recovery, to the extent that the 2018 BMW Z4 will actually switch back to a fabric roof.

This new sports car has been revealed in concept form at the Pebble Beach Concourse in America. And while the production model will feature a larger windscreen and swap the metallic domes behind the seats for more conventional roll-over hoops, it is otherwise likely to stick closely to the show car.

"It expresses the new BMW design language,” says the senior vice-president of BMW Group Design, Adrian van Hooydonk. "A shorter bonnet and crisp overhangs ensure the driver sits closer to the centre of the car than in previous BMW roadsters, while the outline of the body follows a distinct wedge shape." 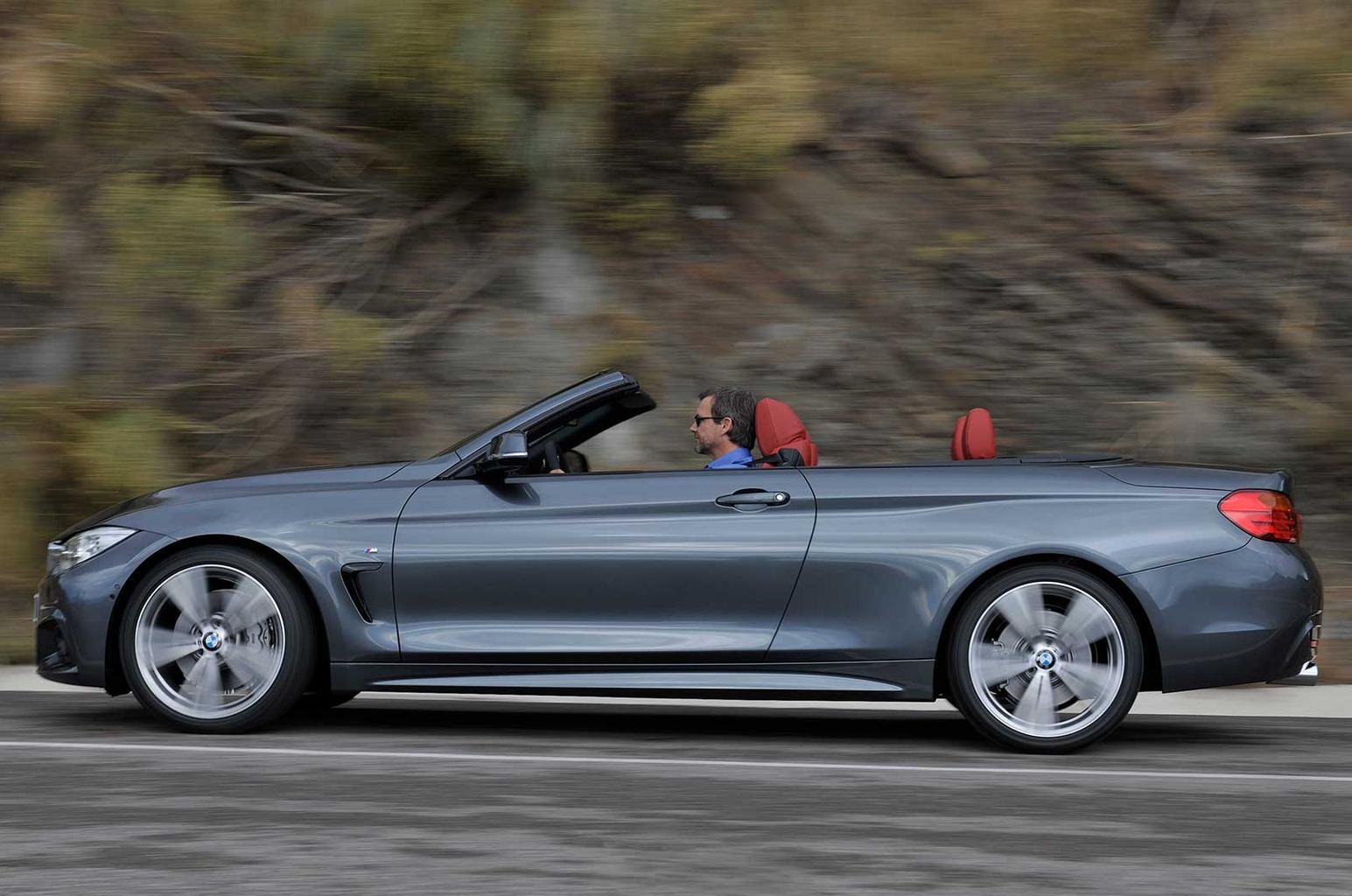 The new Z4 should be more spacious than its predecessor (even though it's still a two-seater) because it's wider and the front and rear axles are set farther apart. Plus, it's likely to retain the sweeping dashboard and relatively wide centre console of the concept.

What will change is the materials, with the concept's brushed aluminium and carbonfibre trim making way for more cost-effective materials, although one of BMW's stated aims with the new car is to improve perceived quality.

At launch, there will be three versions of the new Z4: 181bhp and 248bhp 2.0-litre turbos, badged sDrive20i and sDrive30i, and a turbocharged 3.0-litre that will carry the M40i moniker and is rumoured to produce 355bhp.

An even faster Z4 M model that uses the 425bhp twin-turbo 3.0-litre unit from the M3 super-saloon could follow later, although this has yet to be officially confirmed by BMW.

As with the current car, all versions will be rear-wheel drive, but buyers will be able to choose from a six-speed manual gearbox and an eight-speed automatic. 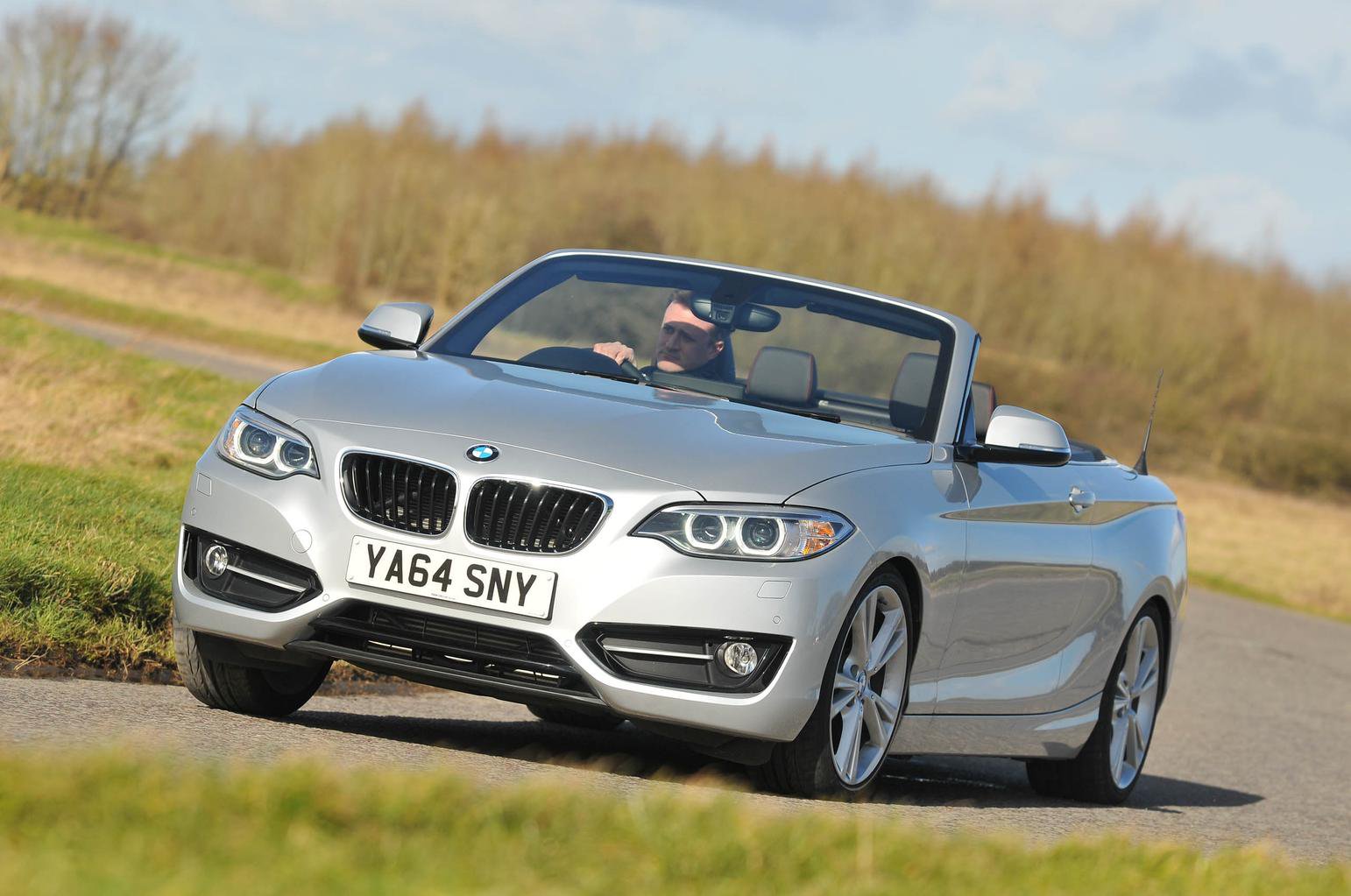 The new Z4 is made from a mix of high-strength steel, aluminium and magnesium, which helps make it lighter than its predecessor despite the increase in size.

It has been developed in partnership with Toyota, which will use the same platform for its new Supra sports coupé.

The production Z4 will be officially revealed next March at the Geneva motor show, with UK sales beginning in the summer.

Read our review of the current BMW Z4 > 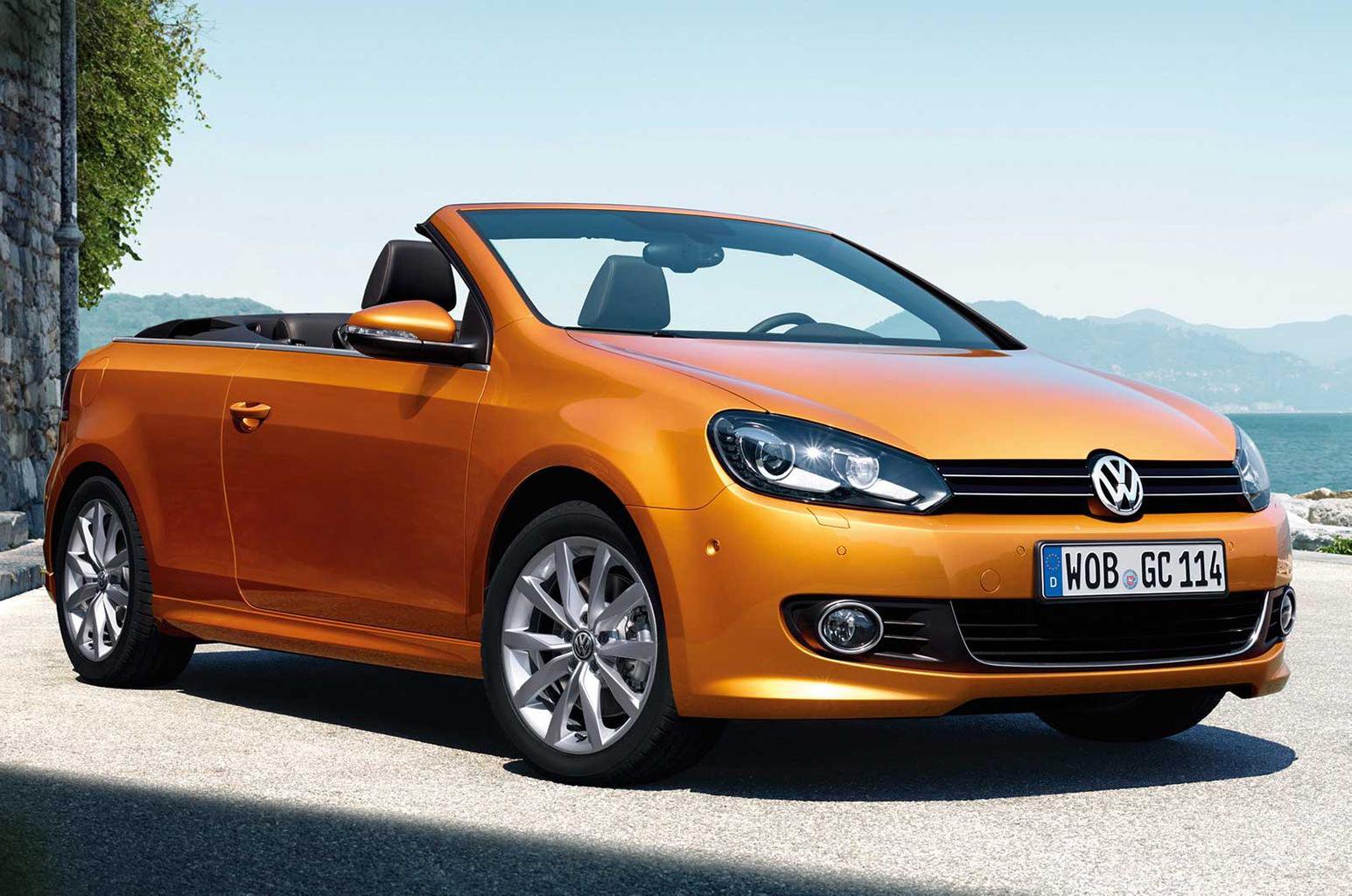 There's no denying that, in terms of practicality, the Volkswagen Golf Cabriolet isn't up to the same standards as the bestselling Golf hatchback. That said, it's still a charming car and remains enjoyable to drive. You get genuine space for four inside and there's a version to suit all tastes – including a hot 261bhp R version, if you desire a whole lot of speed from your drop-top. 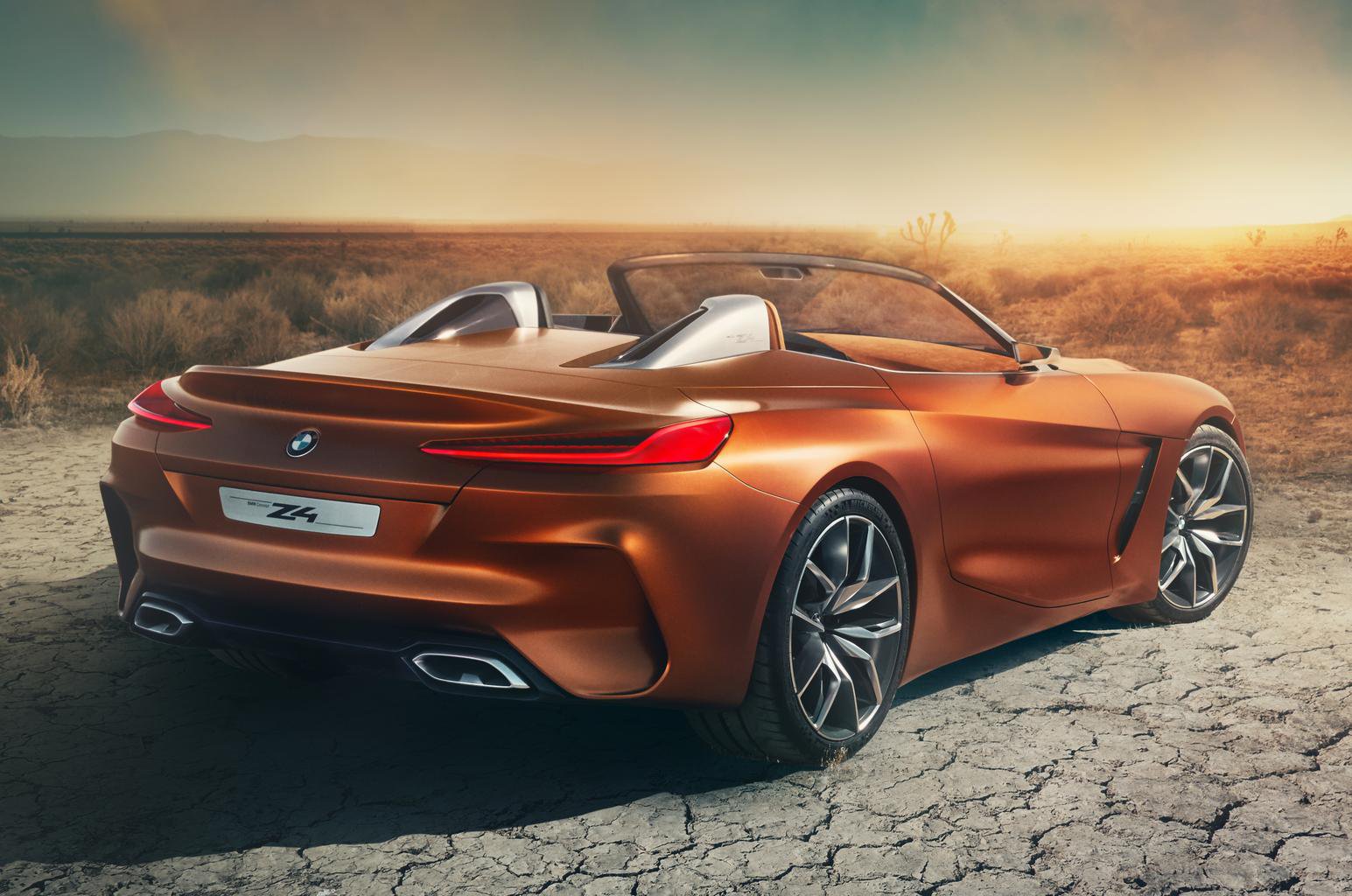 With prices for the BMW 2 Series Convertible starting from £27,540, it's more expensive than many of the other models on this list. That said, it's fun to drive and comfortable over long distances. Our recommended Sport trim gets you sports seats and bespoke alloy wheels – and the 220d engine we recommend is punchy yet reasonably economical. 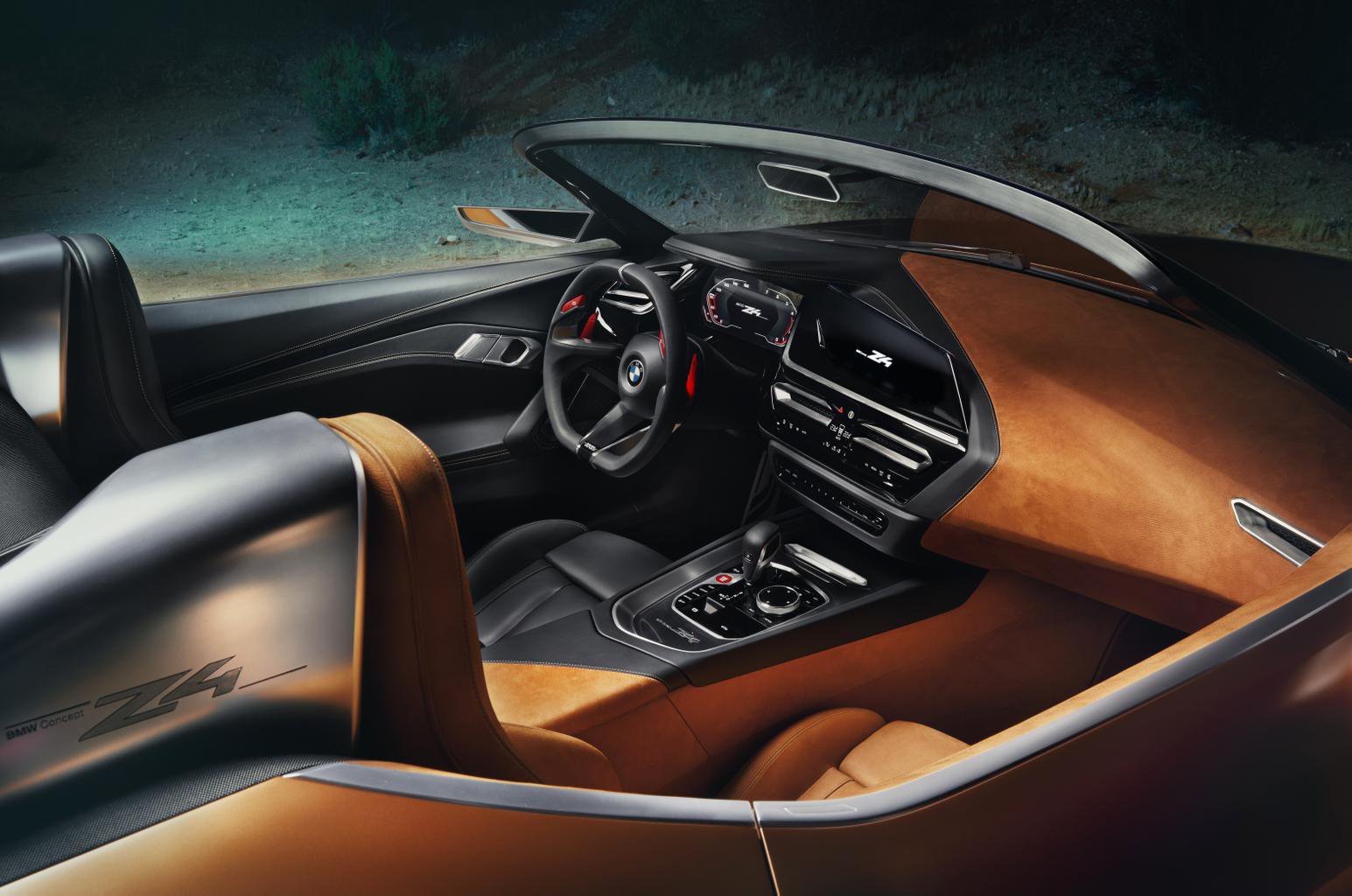 The second BMW in the top 10 is the larger 4 Series. It isn't the most spacious four-seat model out there, but it does offer striking looks outside and a quiet, upmarket experience inside. We'd stick with SE specification, which has most bases covered, and team it with the smooth 420d engine.

Read our full review of the BMW 4 Series Convertible