There is still a market for diesel-powered family cars. Is this new Honda Civic diesel the pick of the bunch?...

To some, releasing a diesel variant of a car amid declining sales and public disdain might seem a little like sticking a beef burger on the menu at a vegan restaurant. But the reality is different: Honda recognises that there is still a sizeable market of fleet diesel buyers in the family car segment worth catering for.

The Civic, now in its 10th generation, is the recipient of a new 1.6-litre diesel engine that claims the best fuel consumption and lowest CO2 emissions of the range, which also includes 1.0-litre and 1.5-litre petrol engines.

The new engine replaces Honda's old diesel of the same size, but it has the same power and torque, the only difference being its improved efficiency.

We’d already driven the car abroad, but now we’ve had a chance to sample it on British roads for the first time. 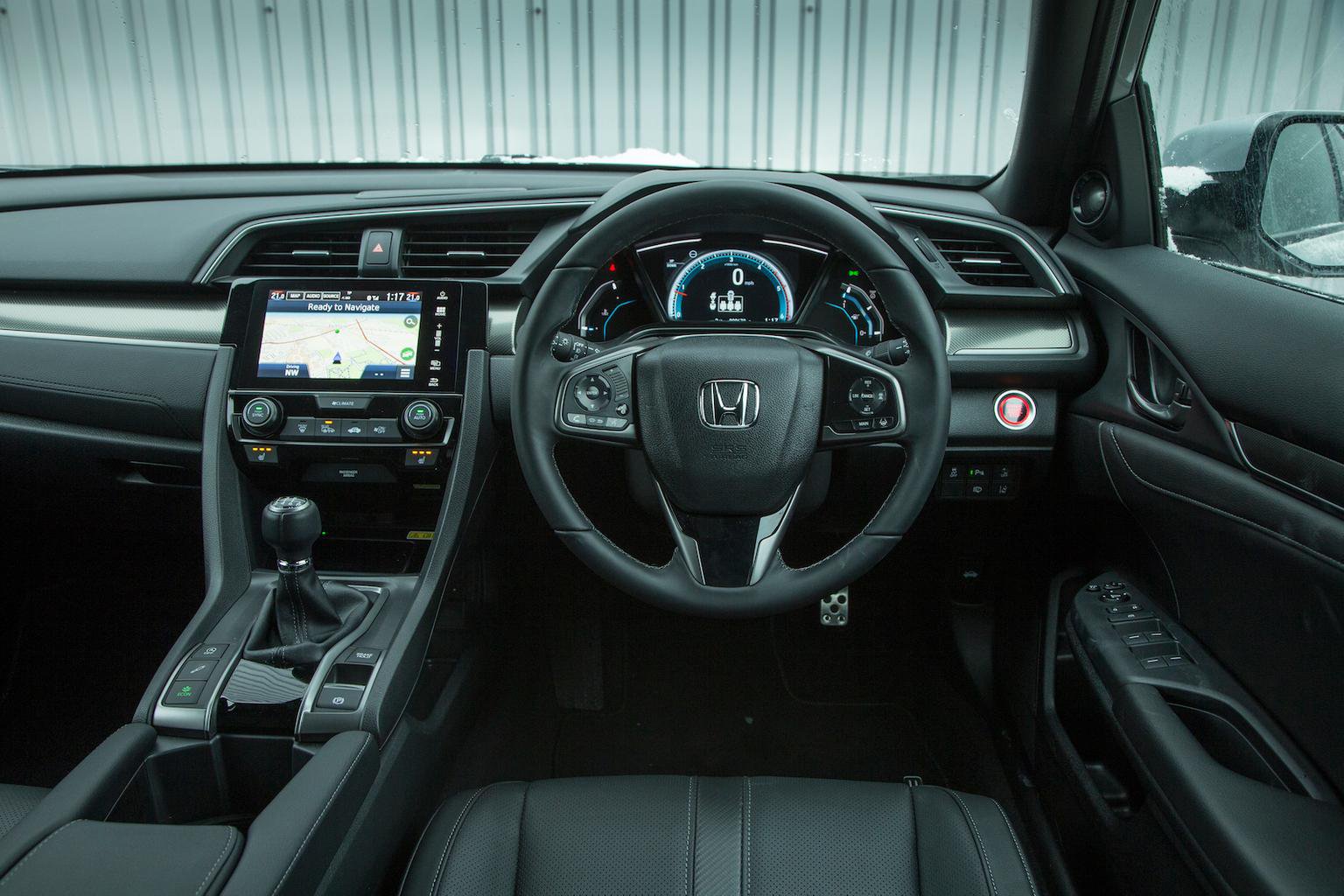 Fire up this diesel Civic and it clatters a little at idle, but it’s no worse than its German rivals. On the move, engine noise grates above 2000rpm when you’re accelerating, but at a cruise on the motorway it manages to be far more hushed.

Compared with rival 1.6-litre diesels, the performance on offer from this Civic is par for the course. With a power output of 118bhp, it doesn’t feel particularly strong, especially off the line, although in a straight dash from 0-62mph there isn’t much difference between it and the equivalent Ford Focus, Skoda Octavia or Volkswagen Golf.

It's fair to say performance is adequate rather than exciting, then. There’s noticeable turbo lag as the power comes surging in around 2000rpm, too, but there's enough get up and go to cope with motorway journeys without issue.

The general lack of oomph might be frustrating if you cover a lot of miles. Of course, entry-level diesel rivals suffer the same issue, but those cars all offer more powerful diesel variants for buyers to choose if they wish. In the Civic's case, this is the sole diesel offering.

With the new engine, CO2 emissions have dropped to 93g/km, while official average fuel economy is now 80.7mpg. These impressive figures make it, on paper, cleaner and more frugal than the Focus, Octavia and Golf equivalents.

Aside from the new engine, the Civic remains the same when it comes to ride and handling. Like the petrol versions, it’s a comfortable car with a settled ride that’s capable of taking gritty, broken surfaces in its stride.

Adaptive dampers – standard on EX, Sport Plus and Prestige models – let you stiffen or soften the suspension via the touch of a button by the gearlever. In truth, though, you’ll rarely move from its softest, most comfortable setting, but it’s nice to have the option of firming it up on winding country roads and benefiting from slightly better body control.

Indeed, the Civic offers decent steering and pleasing agility but falls short of the Golf and Octavia as an overall driving experience. 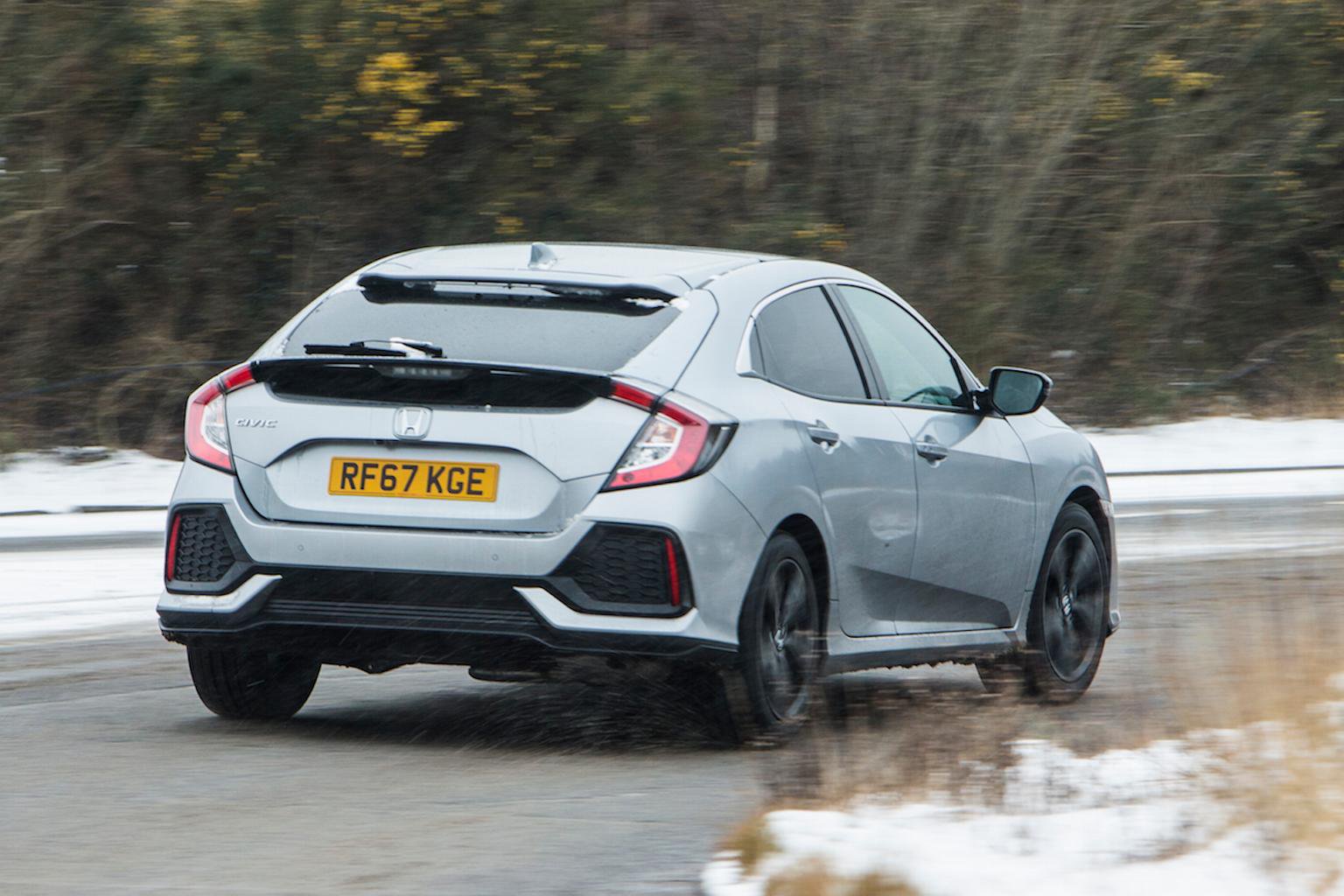 The Civic's interior feels robust throughout, although the quality of the materials isn't on the same level as its German rivals. However, it does offer a very good driving position, with plenty of adjustability in both the seating position and steering wheel to allow you to get comfortable, and our preferred SR trim comes with electrically adjustable lumbar support.

A real negative, though, is Honda’s infotainment system, which is one of the worst examples fitted to a modern car. It's complicated and slow-witted to use, but at least you get Apple CarPlay and Android Auto as standard in SR trim to enable smartphone use.

The area in which the Civic can go toe to toe with all rivals is boot space. The Honda has one of the biggest boots of any family car, with only the Octavia offering a more cavernous load space, and that's important in this class. However, the Civic is let down slightly by its stingier space for rear seat passengers.

Standard equipment is generous, though. This new diesel engine is available in S, SE, SR and EX trim levels, the sweet spot being SR, which comes with DAB radio, air conditioning, alloy wheels and a reversing camera.