More for you |
2020 Mercedes C-Class executive saloon: what we know so farBest used coupes for less than £20,000Should Mercedes repair my out-of-warranty car?What's the most reliable type of car?Is it okay to keep a Category N write-off?
Home
News
2018 Mercedes C-Class Coupé and Cabriolet – price, specs and release date
news 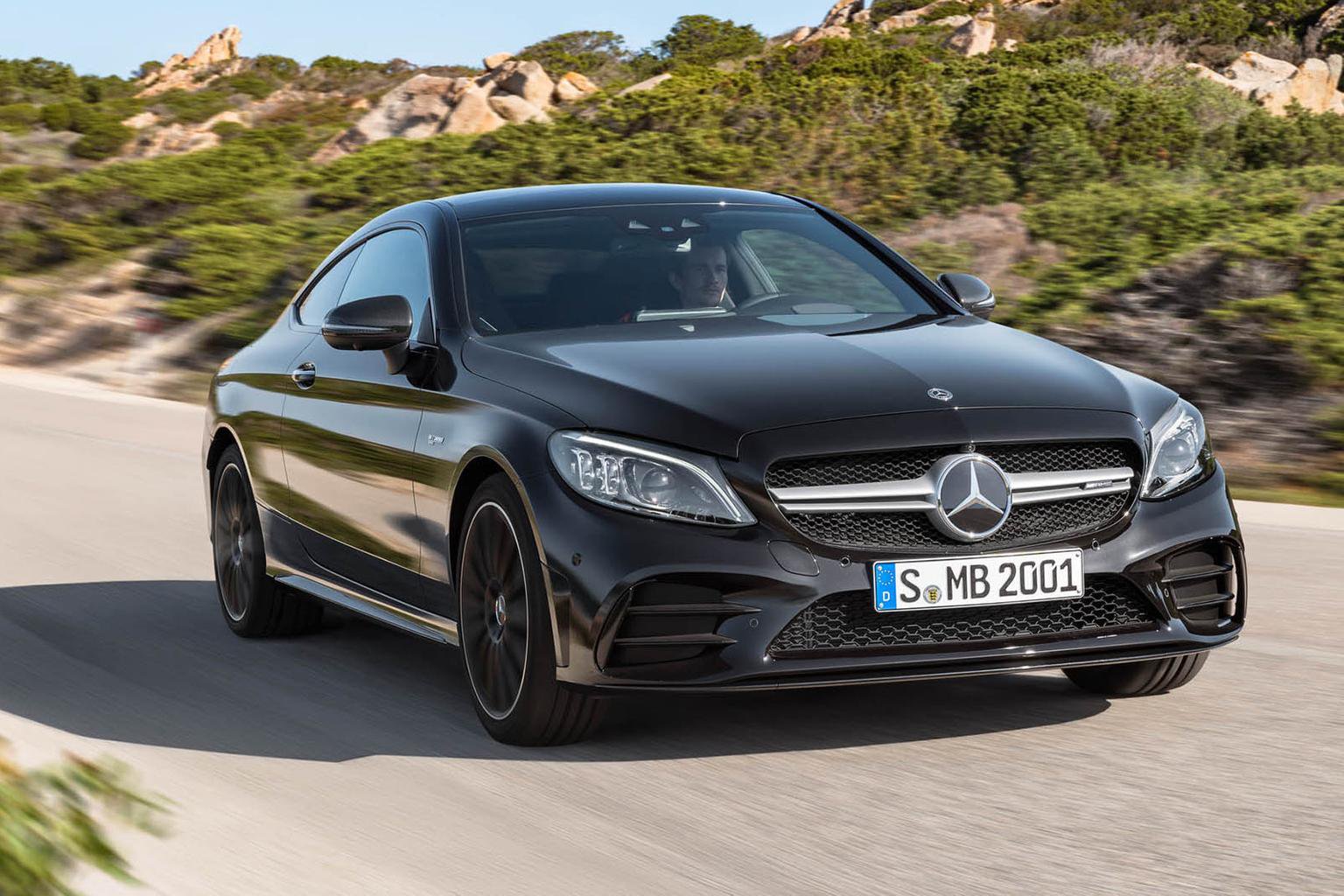 Hot on the heels of the recently revealed facelifted Mercedes C-Class saloon and estate come these similarly updated C-Class Coupé and Cabriolet models. Both cars currently receive a four-star rating on our road test, but these upgrades are designed to keep them competitive against rivals including the Audi A5 and BMW 4 Series, and the open-top variants of those cars.

As with the C-Class saloon, both cars receive new front and rear bumpers with standard LED lighting. Inside, there are more colour and trim options, plus a new-look stop-start button. The C-Class Cabriolet's roof can additionally be operated from outside the car. Both models can also be specified with a 12.3in digital instrument cluster offering three pre-set themes: Classic, Sport and Progressive. 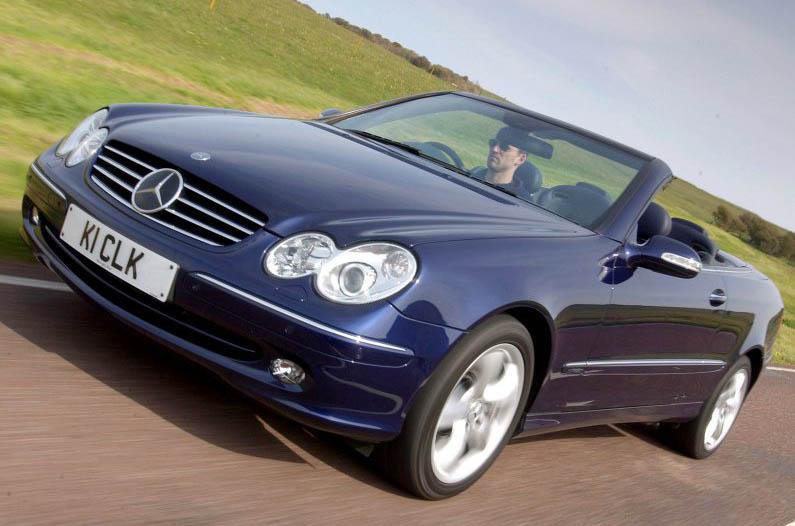 The core C220d diesel now has a 2.0-litre four-cylinder engine producing 191bhp – this is the option which we recommend in the current C-Class Coupé, while in the C-Class Cabriolet we prefer the more powerful C250d.

Buyers looking for more pokey performance should look at the C43 4Matic option, which uses a 3.0-litre V6 petrol engine and produces 386bhp – enough to propel it to 62mph from a standing start in 4.7 seconds.

Towards the middle of this year, Mercedes will also offer a new entry-level mild-hybrid option (where energy harvested from braking is used to give you a small boost when accelerating) badged as the C200 EQ Boost. This option will use a 181bhp 1.5-litre petrol engine, but with an extra 14bhp available for short periods. An advanced 48-volt electrical system also allows the engine to 'coast' on electric power. A nine-speed automatic gearbox will be standard. Mercedes has yet to reveal fuel economy or CO2 emission figures for this model.

More powerful 2.0-litre EQ Boost models, likely badged as C300 EQ Boost, are planned, but have yet to be officially confirmed. 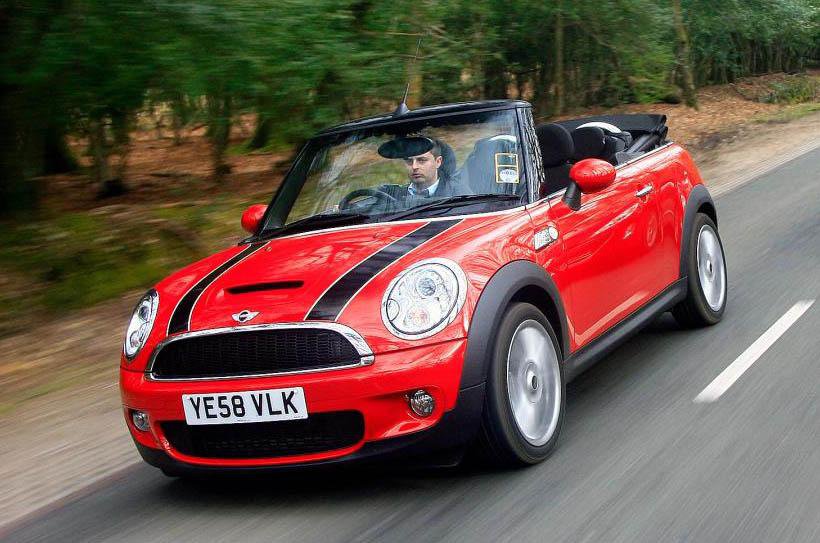 Mercedes hasn't yet announced official pricing for either the updated C-Class Coupé or Cabriolet, but it's expected to raise prices for each model by around £1000, meaning the C-Class Coupé should start from around £34,000, with the Cabriolet costing about £37,000. At those prices, these latest Mercedes models will be very competitive against their Audi and BMW rivals, both in terms of outright purchase and on a PCP finance deal. 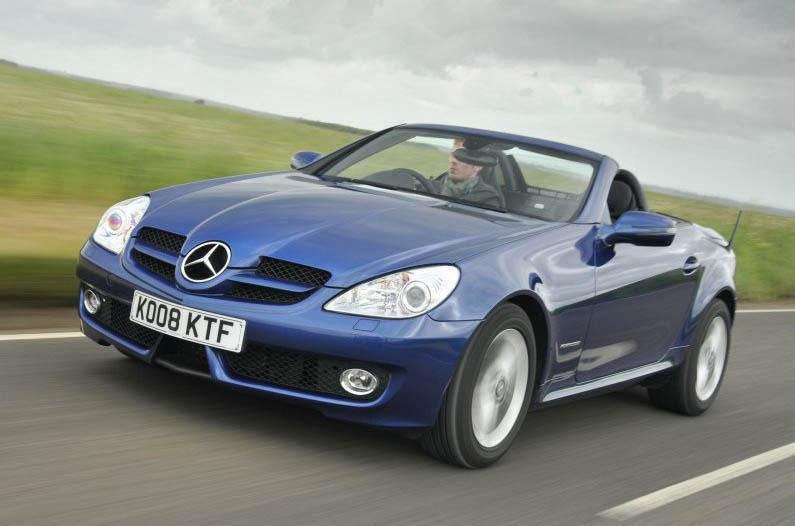 Can't stretch to a new C-Class Cabriolet? Well there's good news, because below we've collected the best used convertibles you can buy right now – and none of them will cost you more than £5000. 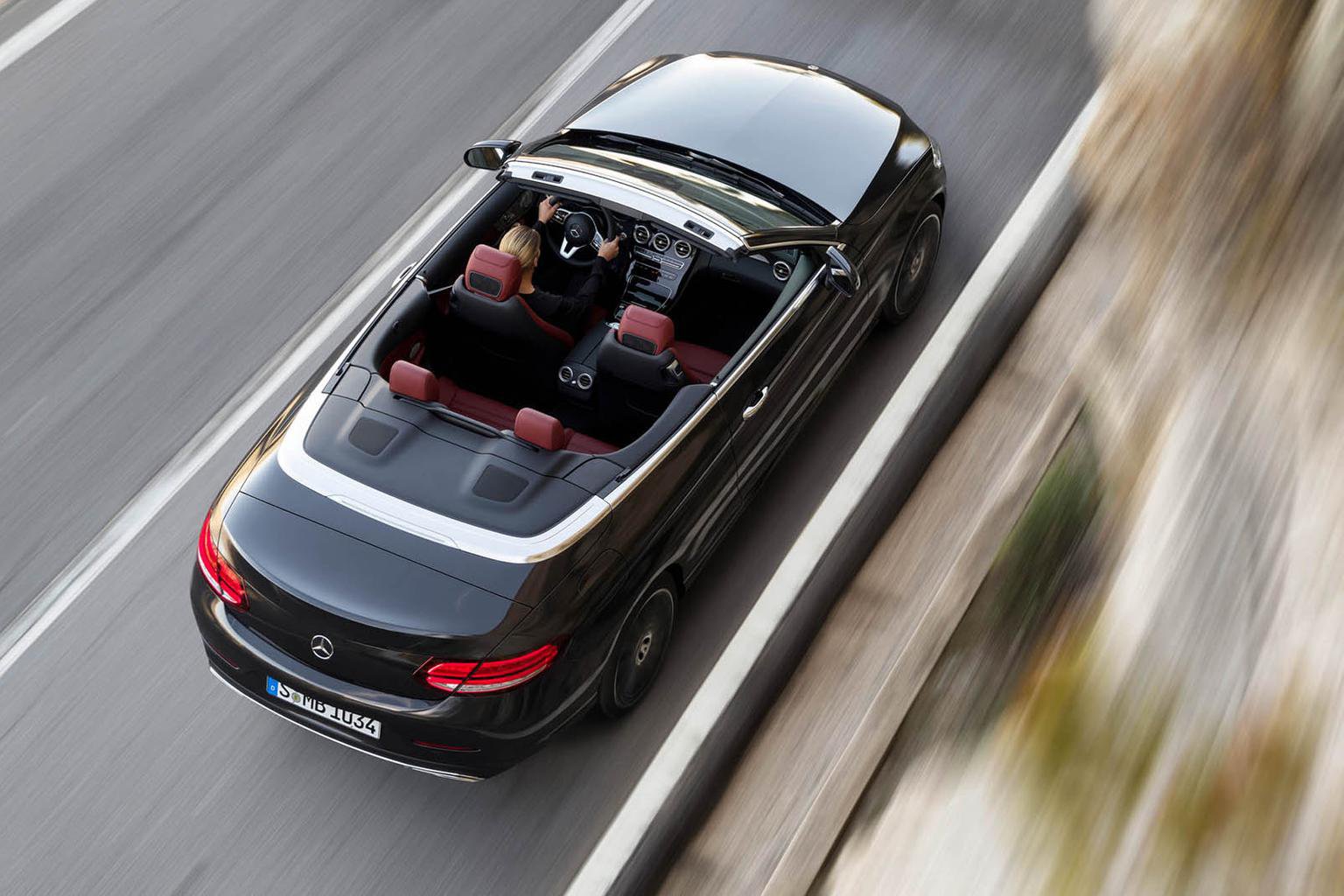 Nothing clips the breeze with as much style as an open-top, two-seat Mercedes-Benz roadster. Alas, the first-generation SLK, despite being a bit of a cutey to look at, wasn’t actually that great to drive. This second-generation version changed all that by being at least as good to drive as it was to look at. Make no mistake, this is still more of a cruiser than a sports car, despite the 1.8-litre engine’s supercharger. But on the right sort of day, it’s a lovely place to be, and on the wrong sort of day, you can erect that electric roof in less than 30 seconds.

Find a used Mercedes-Benz SLK in the What Car? Classifieds 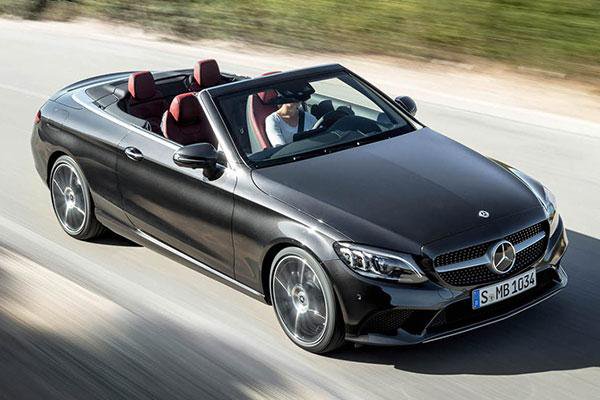 Compact convertibles based on existing hard-top cars don’t always turn out well, with some of them feeling more stodgy to drive than their more sober-sided siblings. The Mini Convertible is different, though, being at least as much fun as the regular hatchback model and retaining all the familiar go-kart agility. It rides well, too, and the high-quality interior features one of the better infotainment systems in this class, based as it is on BMW’s iDrive. It’s even quite pleasantly refined with the roof up.

Find a used Mini Convertible in the What Car? Classifieds 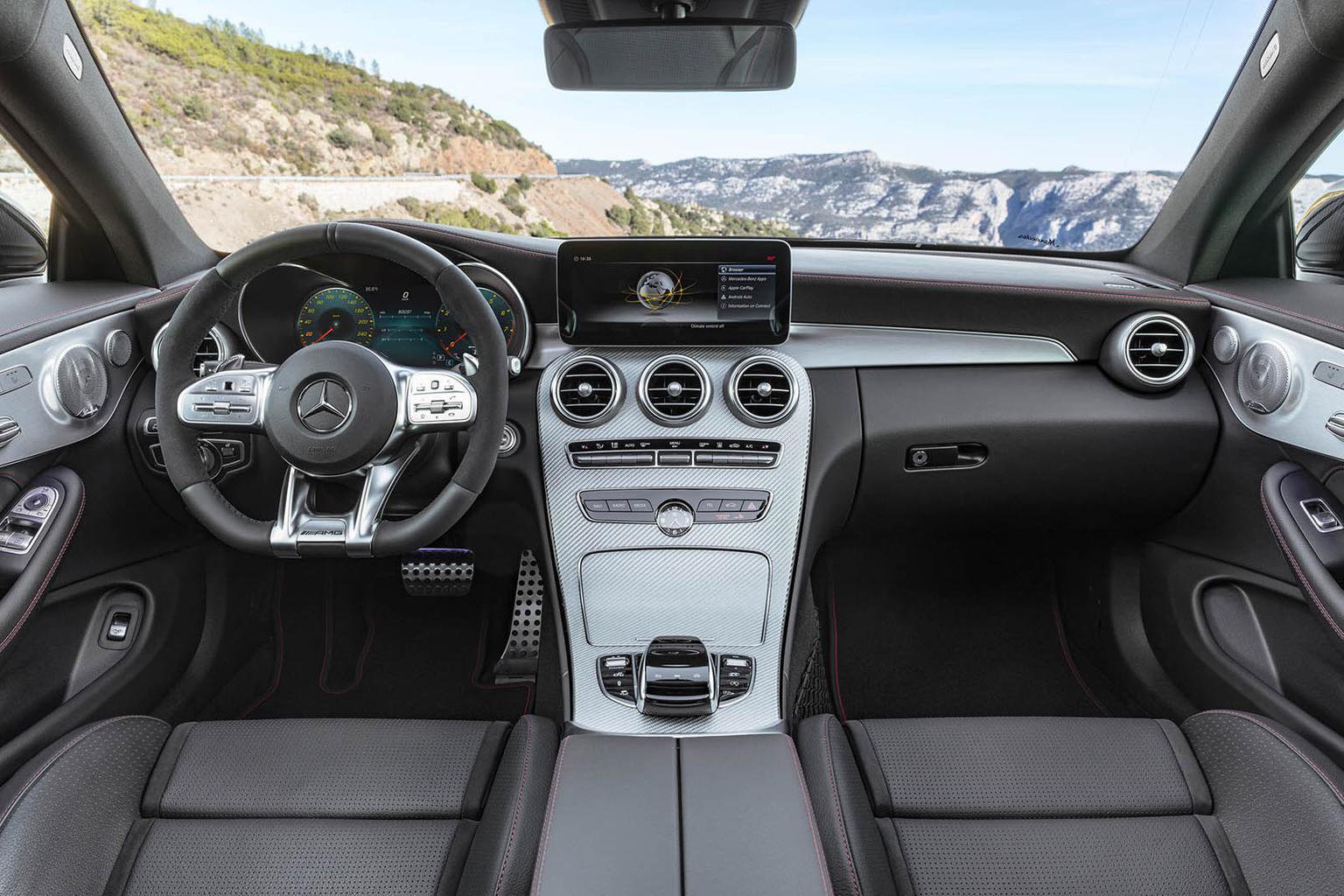 The CLK is an impressive and often overlooked car. What you get here is a classy open-top Merc that is both good to drive and can seat four in comfort, as well as having a boot big enough to carry all their luggage if they fancy a quick dash across Europe. There’s a good choice of engines – from the 1.8-litre supercharged four-cylinder up to the more explosive V6s and an impressively powerful V8 – and it rides and handles with aplomb. That fabric roof can be raised or lowered in seconds, which makes it a pretty practical car, too.

Find a used Mercedes-Benz CLK in the What Car? Classifieds