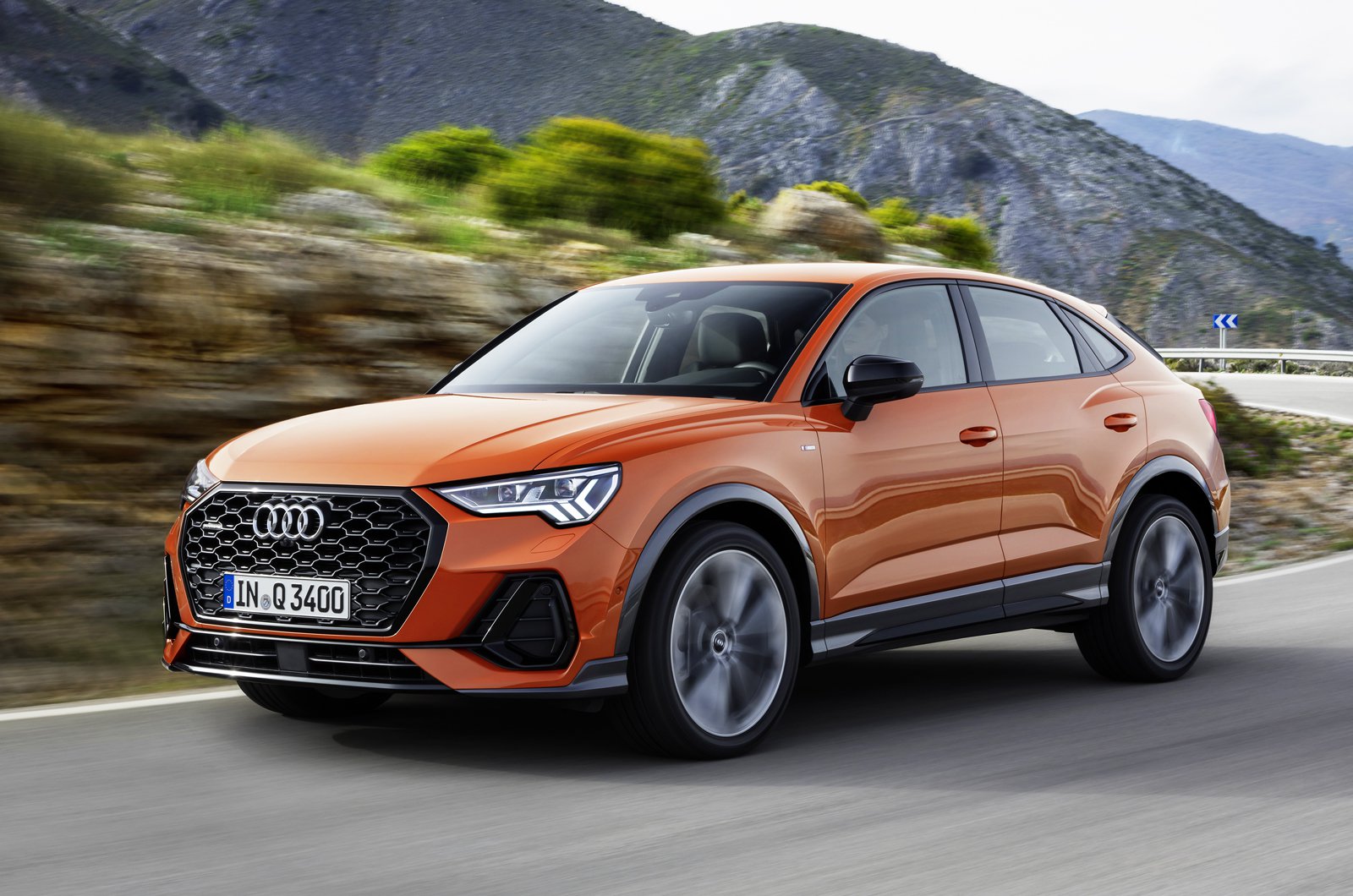 For a car maker with as many SUVs in its line-up as Audi, the German giant has so far barely dipped a toe in the water of the SUV-coupé market, only launching the luxurious Q8 last year. Now, though, it’s doubling down with the Audi Q3 Sportback – a coupé-styled version of the Q3 family SUV that’s designed to take on the likes of the BMW X2 and Range Rover Evoque.

The differences between the Q3 Sportback’s styling and the regular Q3’s are most noticeable at the rear, where you’ll find a more sloping roof and tailgate and a more muscular bumper. The Sportback is lower than its sibling and slightly longer overall, while plastic cladding around the car’s lower edges gives it a more aggressive look.

Buyers can choose from 11 paint colours, and alloy wheels of up to 20in in diameter are available (as standard, the car comes on 17s). All versions of the Sportback also get extra black exterior trim, to further mark them out next to regular Q3s. 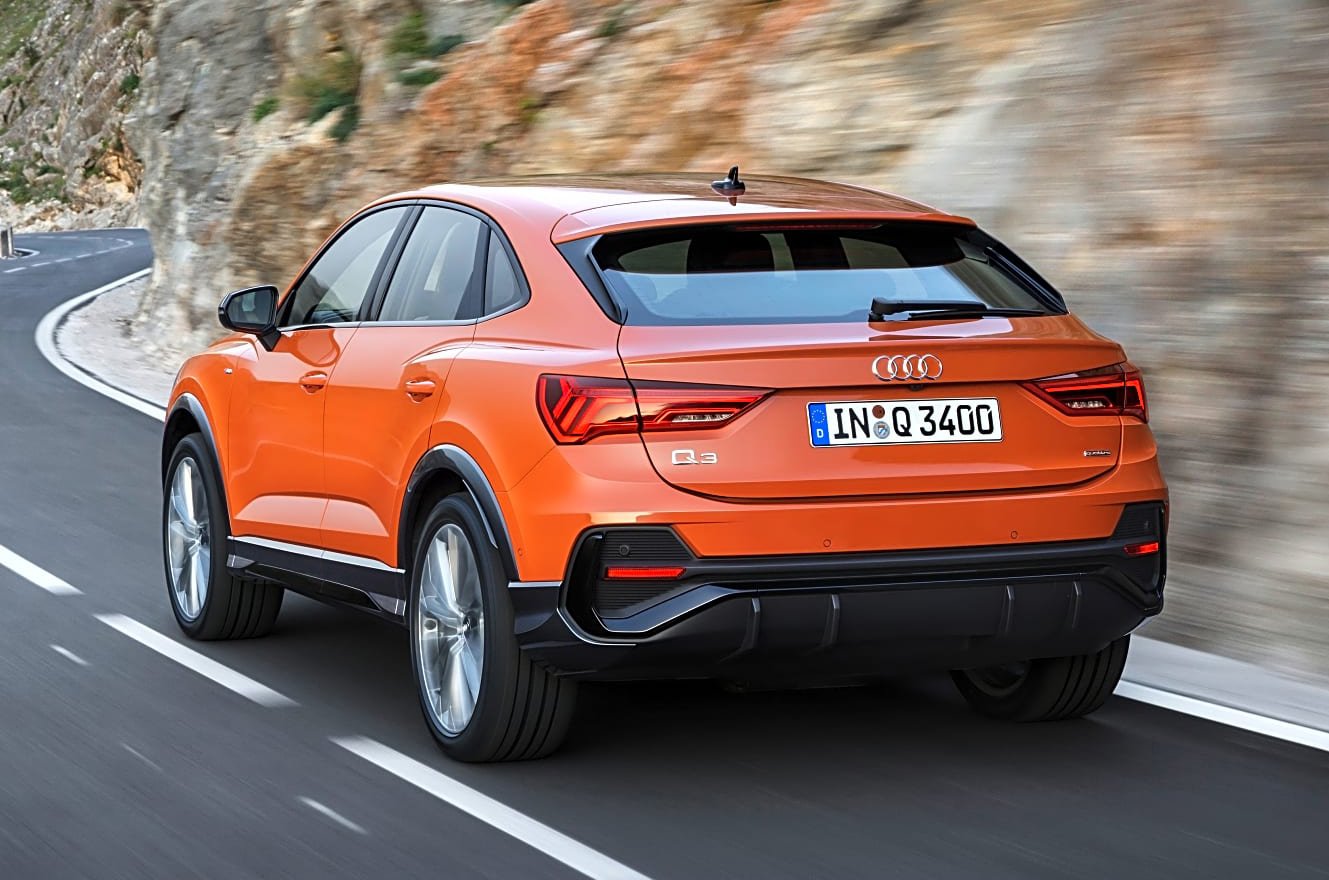 At launch, one petrol and two diesel engines will be offered. The petrol choice is a 227bhp turbocharged 2.0-litre engine (badged 45 TFSI). The diesels are 2.0-litre units with 148bhp (35 TDI) and 188bhp (40 TDI), with the lower-powered diesel being the one we recommend in the regular Q3. Audi’s quattro four-wheel drive system and a seven-speed automatic gearbox are standard on the 45 TFSI and 40 TDI and optional on the 35 TDI.

It’s also a 48-volt mild hybrid, meaning you get small bursts of electrical assistance to bolster acceleration at low speeds or aid economy by turning the engine off entirely when the car is coasting.

As with the regular Q3, buyers can upgrade to sports suspension at no extra cost, or opt
for an adjustable setup from the options list. Our experience with the regular Q3 suggests this will be worth considering, because it gives the car a much more comfortable ride. 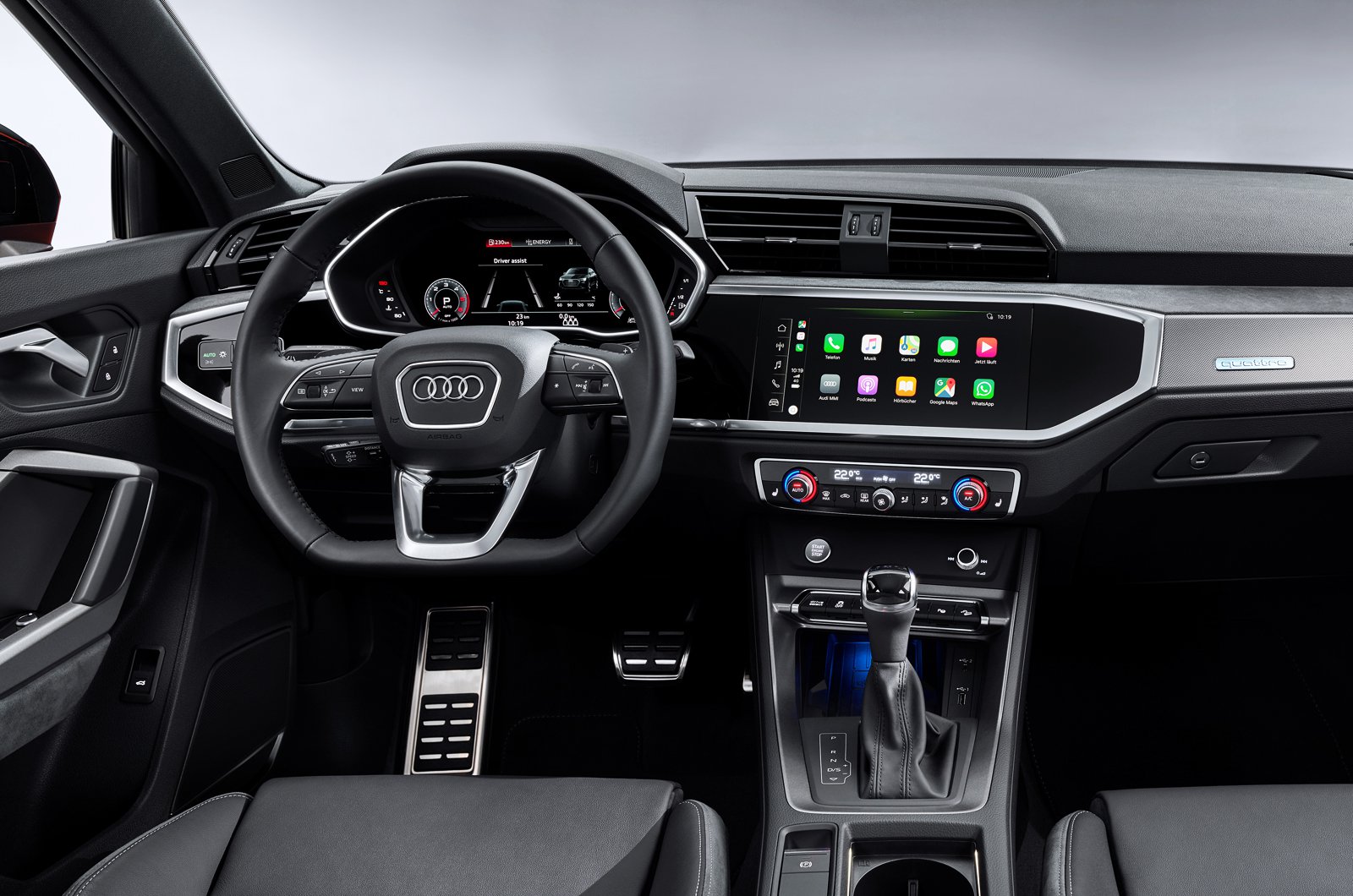 The interior of the Q3 Sportback is almost identical to that of the existing Q3, including Audi’s now-familiar Virtual Cockpit digital instrument panel – 10.3in as standard but upgradeable to 12.3in – and a 10.1in central touchscreen for the infotainment system. Although the touchscreen looks slick, prior experience tells us that it’s more distracting to use on the move than BMW’s iDrive system, which has a rotary dial controller between the front seats.

The rear seats slide forwards and backwards through a range of 130mm, allowing you to prioritise either boot space or rear leg room. With the bench in its standard position, though, there’s 530 litres of luggage space – far more than you’ll find in the X2 and Evoque and identical to what you get in the regular Q3. The seats can split and fold if you fancy an adventurous trip to Homebase, and an electric tailgate is on the options list. 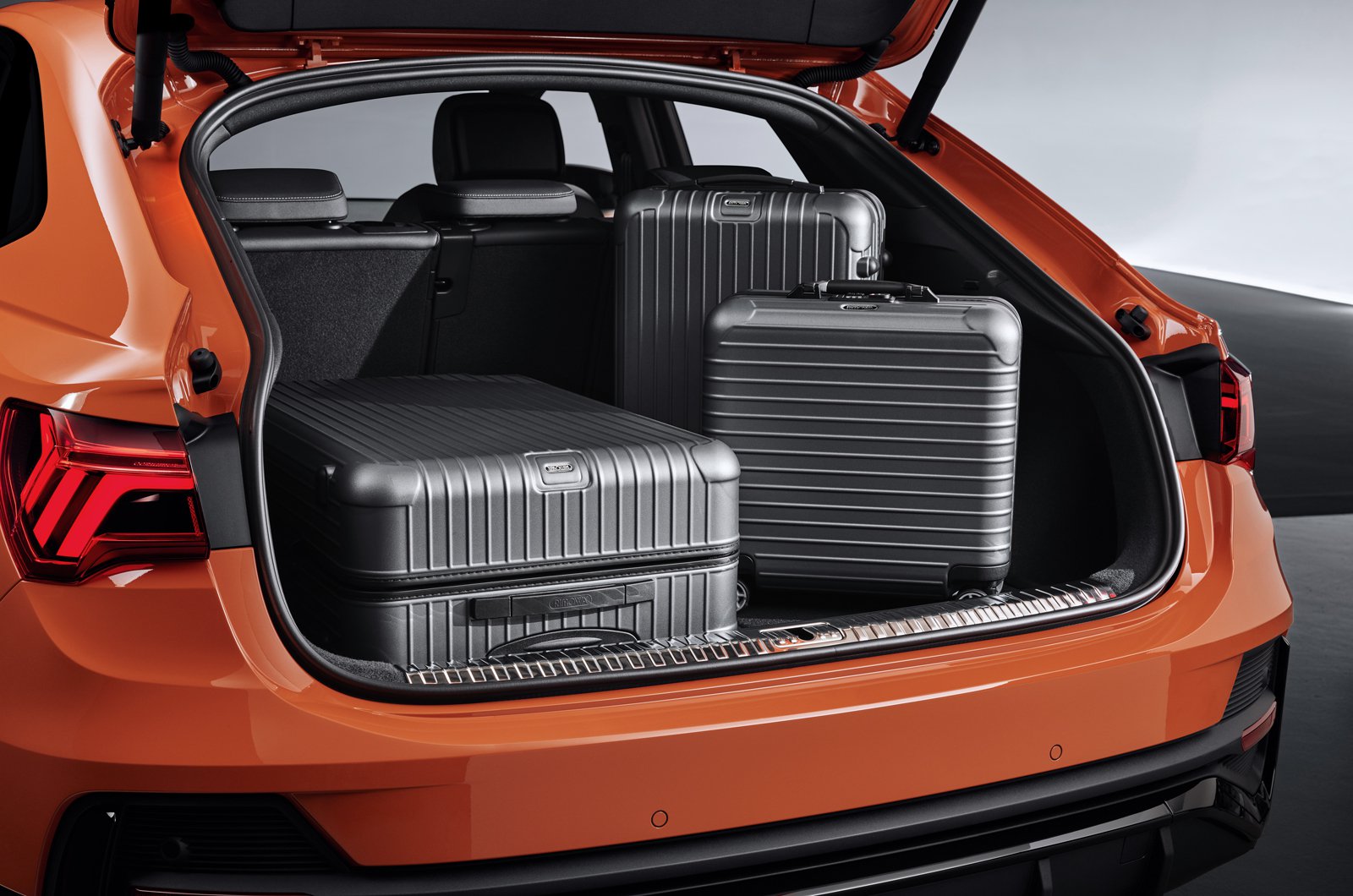 In terms of safety equipment, the Q3 Sportback gets lane departure warning and automatic emergency braking with pedestrian and cyclist detection as standard, while the optional adaptive cruise control lets the Q3 Sportback control its own acceleration, braking and lane positioning when you’re cruising on the motorway.

Pricing has yet to be revealed, but Audi says the Q3 Sportback will cost you around £1200 more than the equivalent Q3, suggesting that it’s likely to kick off at around £32,000. That makes Audi’s new SUV-coupé more expensive than both of its key rivals, but expect discounts to make the Q3 Sportback more affordable before long. For example, What Car? New Car Buying can currently save you up to £2072 on the regular Q3.

If the idea of the Q3 Sportback has got you thinking about a new family SUV, then the good news is there are lots to choose from. Here we count down our current top 10 – and reveal the models to avoid. 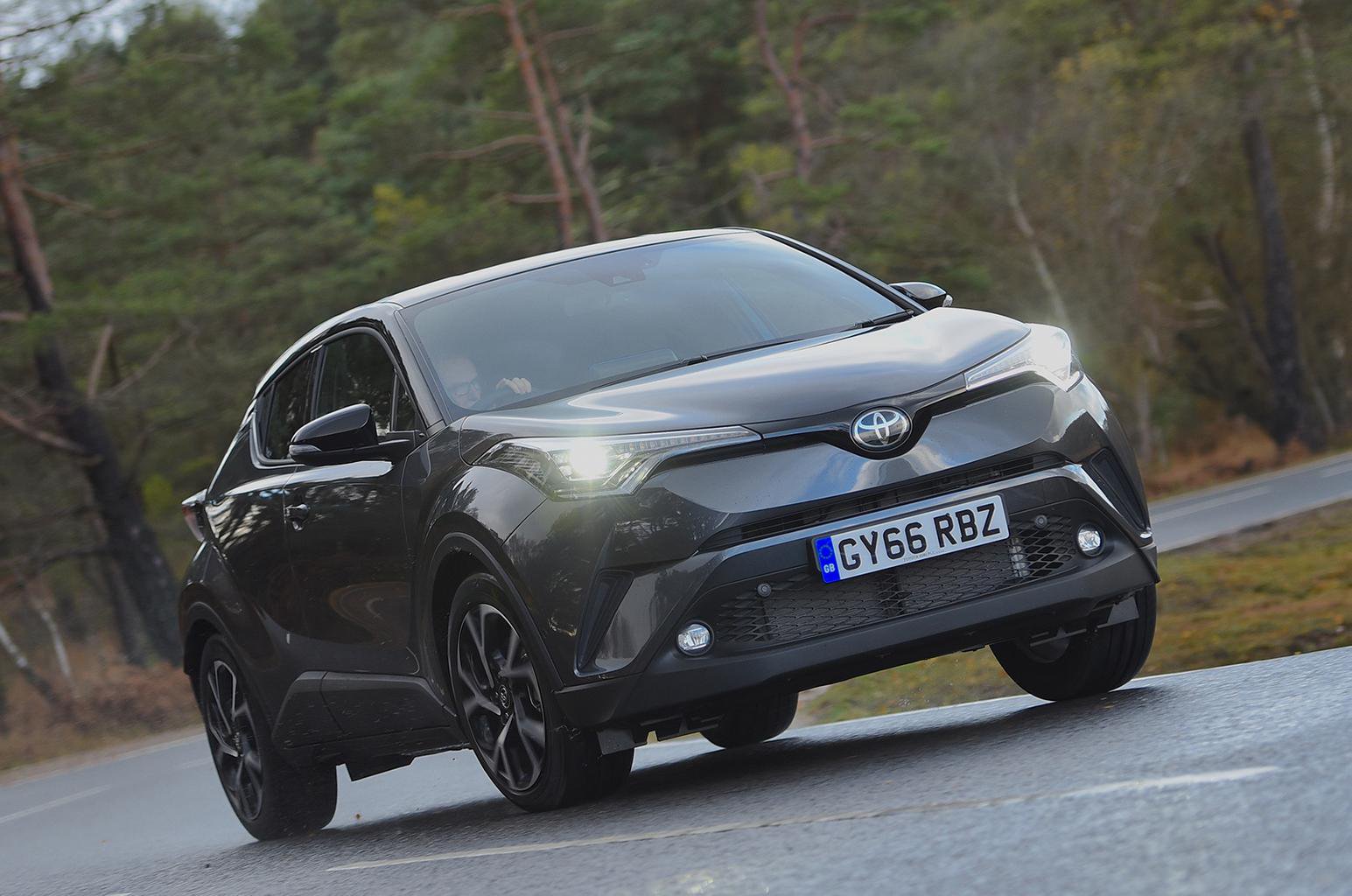 The funky C-HR sits below the RAV4 in Toyota's SUV line-up, yet even the entry-level Icon trim comes with a decent amount of kit. Good to drive and generously equipped, the C-HR also makes a lot of sense as a company car if you go for the hybrid model. Just bear in mind that no version offers much space for rear-seat passengers. 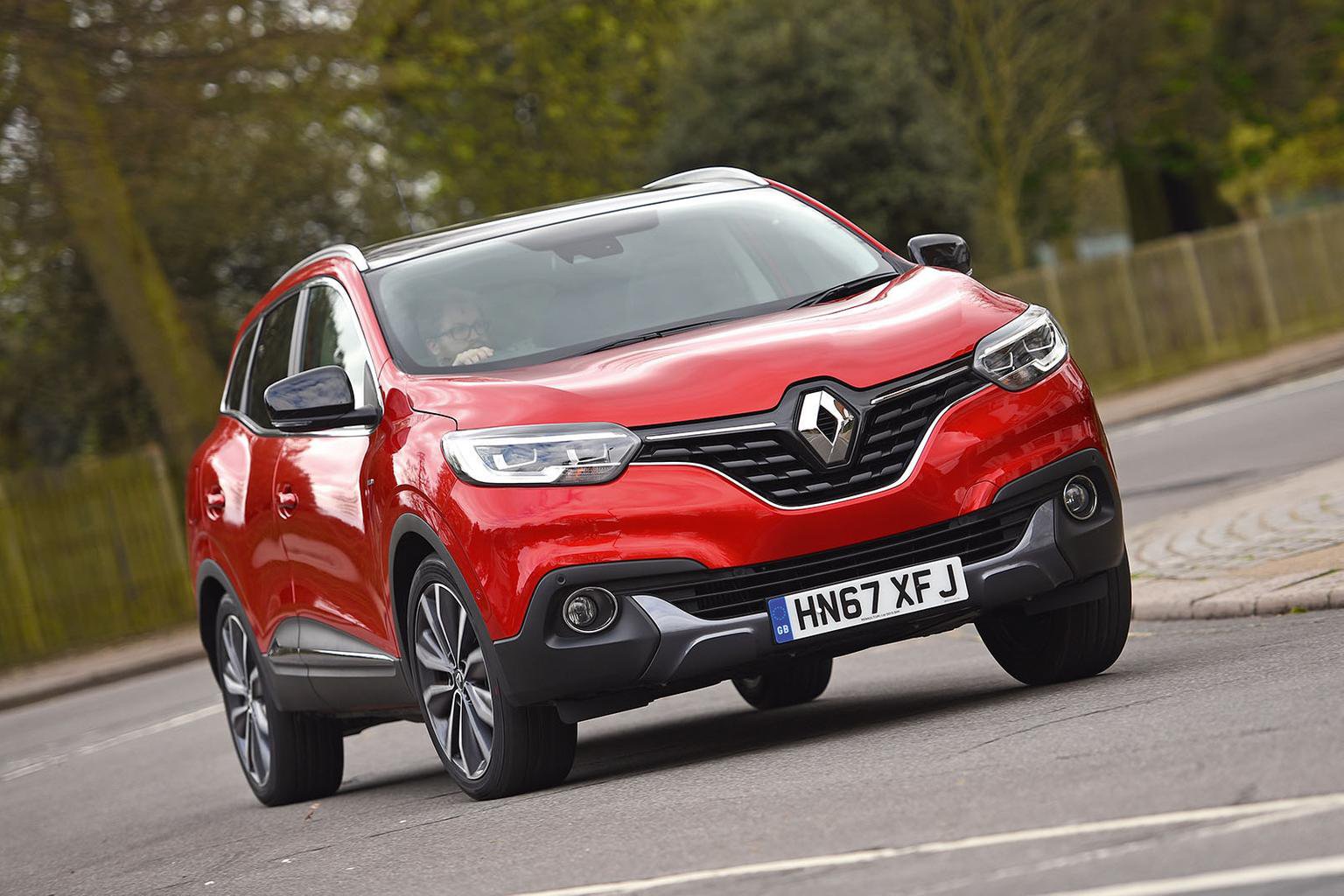 A French take on the hugely popular Nissan Qashqai, the intriguingly named Renault Kadjar uses the same underpinnings and engines. This helps it undercuts many of its rivals on costs and CO2 emissions, plus it's a spacious choice. However, some of the materials used inside leave a little to be desired. 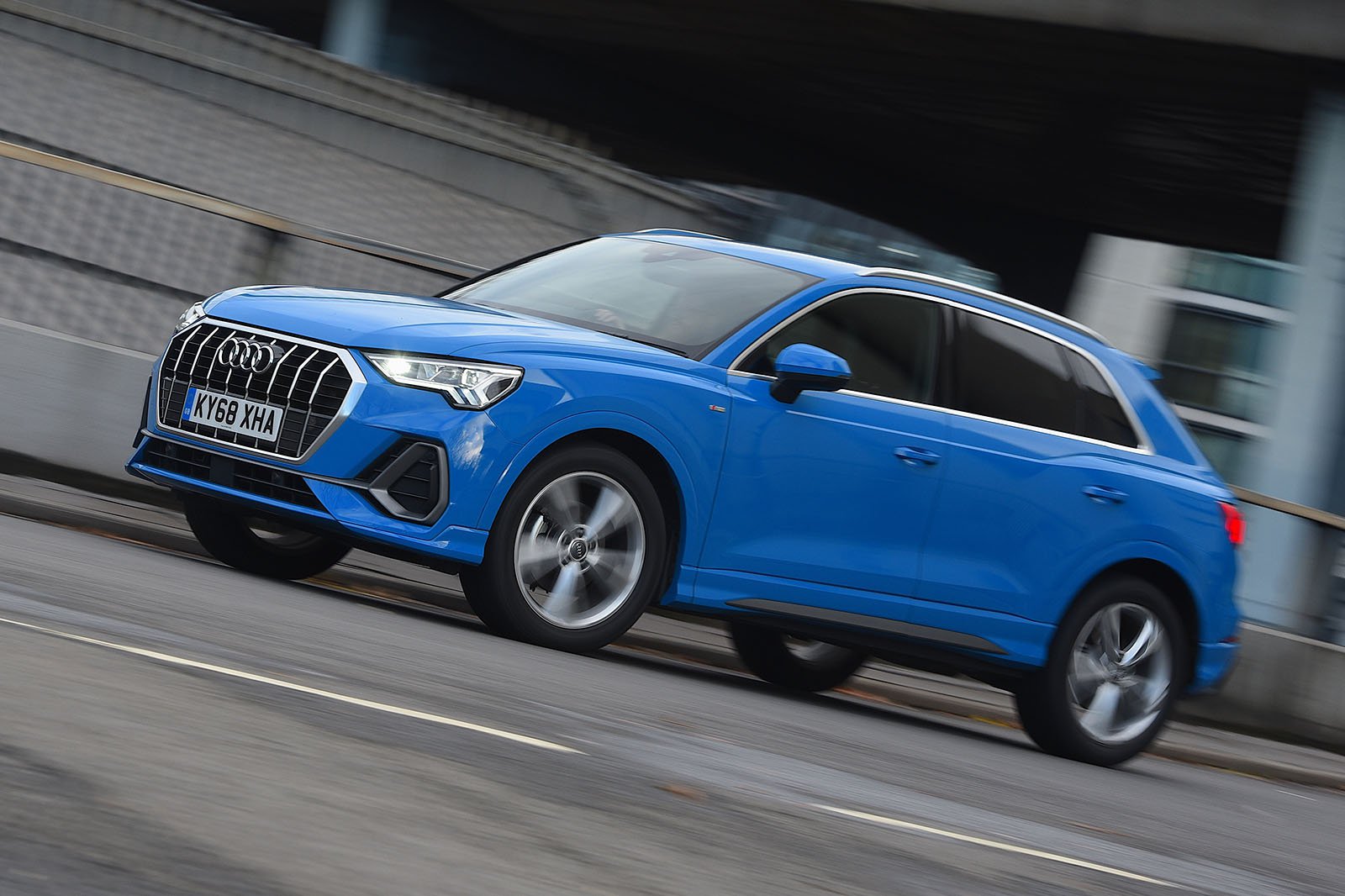 The Q3 Sportback's more sensible sister has plenty of room for passengers and luggage, while interior quality is mostly impressive. All in, it's a very compelling proposition, even if its ride can sometimes be a little firm and some of its engines can sound rough.

Next: more of our favourite family SUVs >