Our first experience in a late-stage prototype of the Polestar 1 shows this Swedish plug-in hybrid super-coupé is ready for the big time...

by
Matt Prior
Car reviews
View all new car
reviews

Given their focus on reduced running costs and lower emissions, you might be forgiven for thinking that hybrids aren’t all that exciting. Well, here’s something to change your mind: a 600bhp plug-in hybrid coupé with a 2.0-litre turbocharged and supercharged petrol engine, two electric motors, underpinnings made partly from carbonfibre and an interior swathed in high-end leather. Welcome to the Polestar 1.

If you haven’t heard of Polestar before, think fast Volvos. The company started out racing and then modifying Volvos before being bought by the Swedish manufacturer and then, a few years back, given the green light to become a car maker in its own right.

It’s owned half by Volvo and half by Chinese giant Geely, which is important, because it means it gets own budget. So when the engineers went to the board and asked to make a luxury plug-in hybrid super-coupé, the answer was, almost unbelievably, a resounding yes. 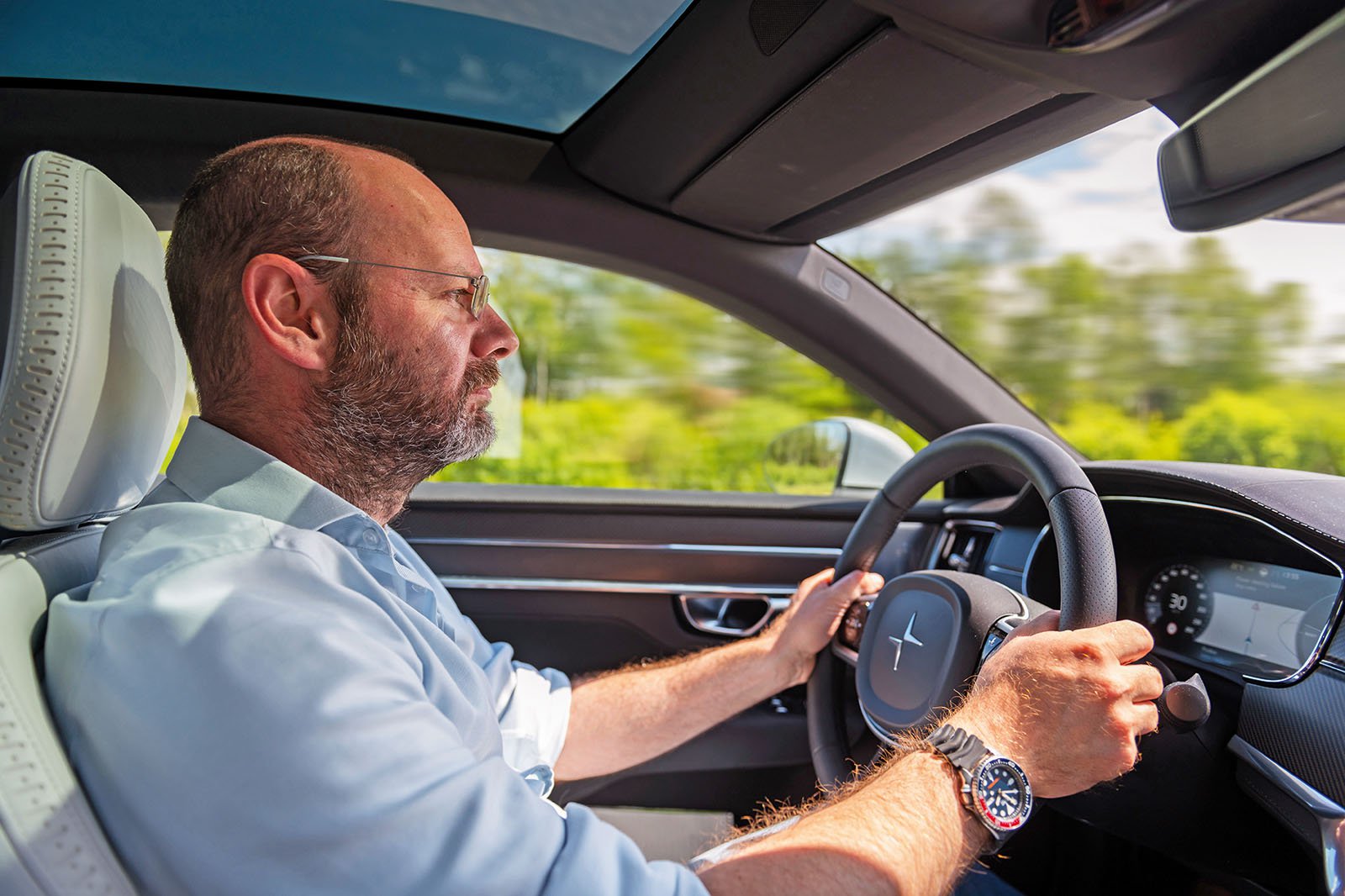 The 1 started life as a 2013 concept car called the Concept Coupé, and bits of its design – most notably its huge front grille – are now seen on everything from the XC90 luxury SUV to the S60 executive saloon, but Volvo never really intended to make the concept a production reality. Thing is, the man who designed the concept is now the boss of Polestar, and he saw it as exactly the sort of thing to kick-start the new brand. Don’t think the 1 will be a common sight, though – just 1500 examples will be made, and all with left-hand drive.

It sits on the same underpinnings as Volvo's current generation of cars, but the platform required some chopping around. The metal cut away was replaced with carbonfibre, which adds strength while reducing weight. And that should result in a car that’s agile and thrilling to drive. 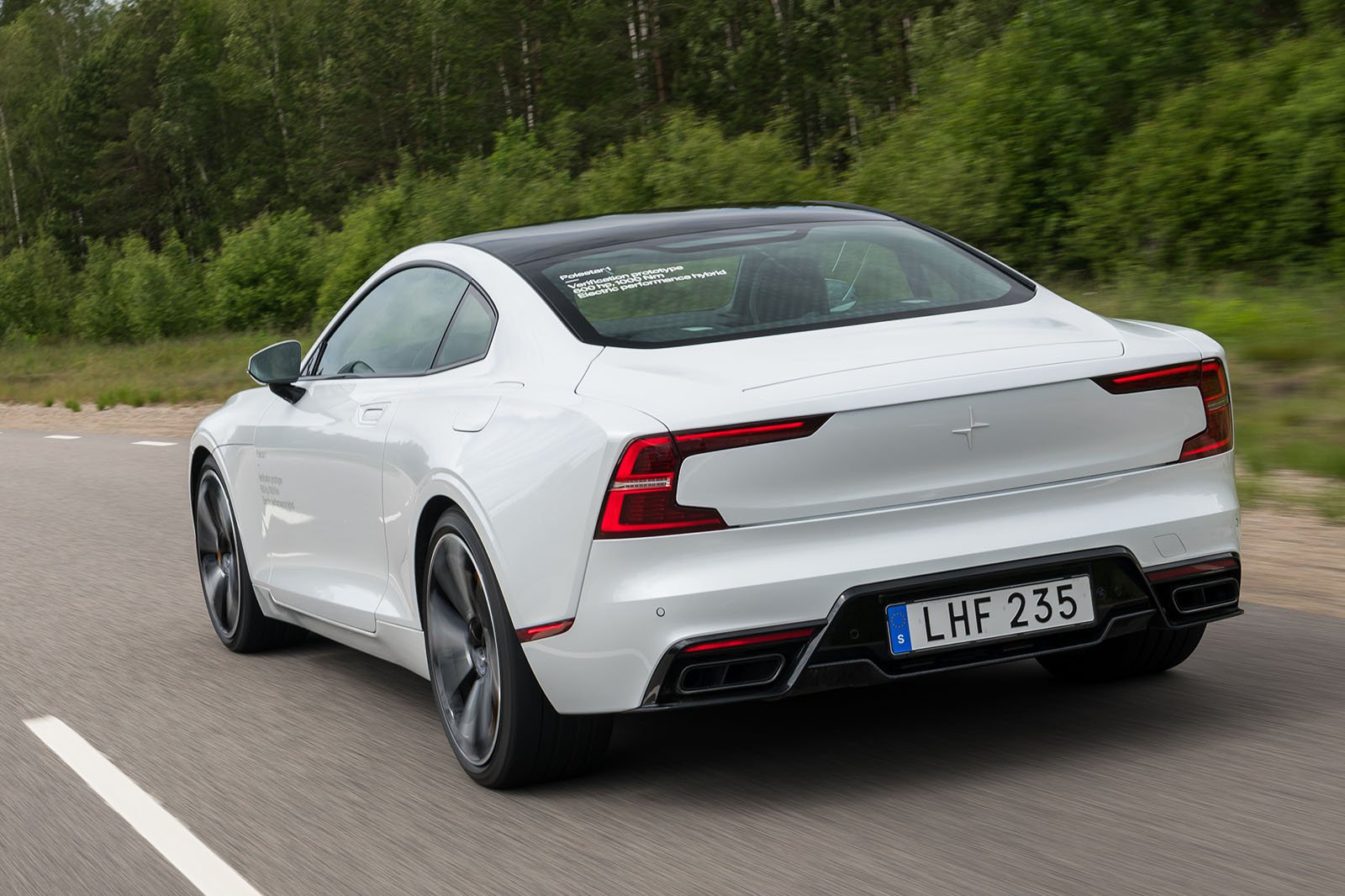 Despite the 1 not being the most practical of coupés, such is the will of its personality that we don’t think that matters much. You prod the start button and the dials spring to action, and you can then scroll through various modes of propulsion, from fully electric (the 1 can cover 80 miles on electric power alone) to four-wheel drive (engine and motors always on). And in the latter mode, the 1 feels properly quick.

Its ride and handling aren't quite so adaptable, despite the suspension being adjustable to any of 22 different settings. That's because you need to crawl underneath the car to change it, and that’s obviously something most owners are unlikely to do. Still, with everything factory-fresh, the 1 has an acceptably pliant ride, despite its 21in alloy wheels and Pirelli performance tyres. Moreover, it has a tremendous consistency, with a good ability to smother small bumps without the fidget and echo of the air springs used by many rivals.

Just as key is the way in which the 1 hides its bulk through corners. Few cars of this mass feel so agile; it’s decidedly well integrated and curiously rewarding. Add in steering that’s well weighted and the 1 might just be the best electrified driver’s car to date. 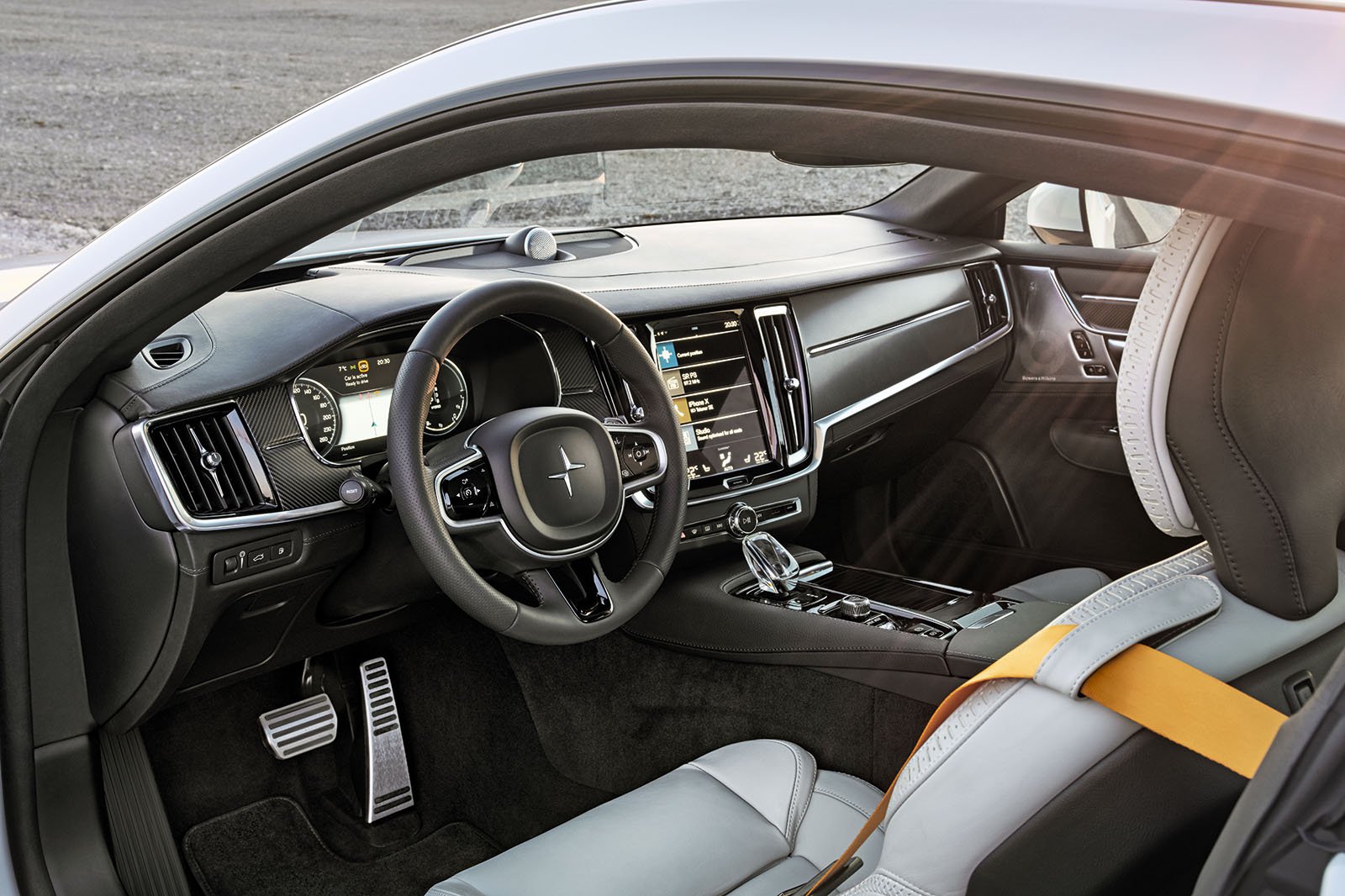 Perhaps the biggest compliment we can pay to Polestar is that despite going toe-to-toe with cars such as the Mercedes-AMG GT, Bentley Continental GT and Porsche 911 Turbo on price, the 1 doesn’t feel like any of them from behind the wheel.

Its fixtures and fittings will be familiar to you if you’ve sat in a modern Volvo, but with its carbonfibre trim pieces and soft leather, it feels deserving of its six-figure price tag. In fact, even in this late-stage prototype form, the 1 is already better finished inside than some luxury cars already in production.

The ambience, then, is a posher version of something familiar. The front seats are big, the driving is position comfortable and the two rear seats are very small. There’s a saloon-style boot and those rear seats don’t fold down.