Improved practicality and emissions mark the latest Skoda Octavia Estate as one to watch next year... 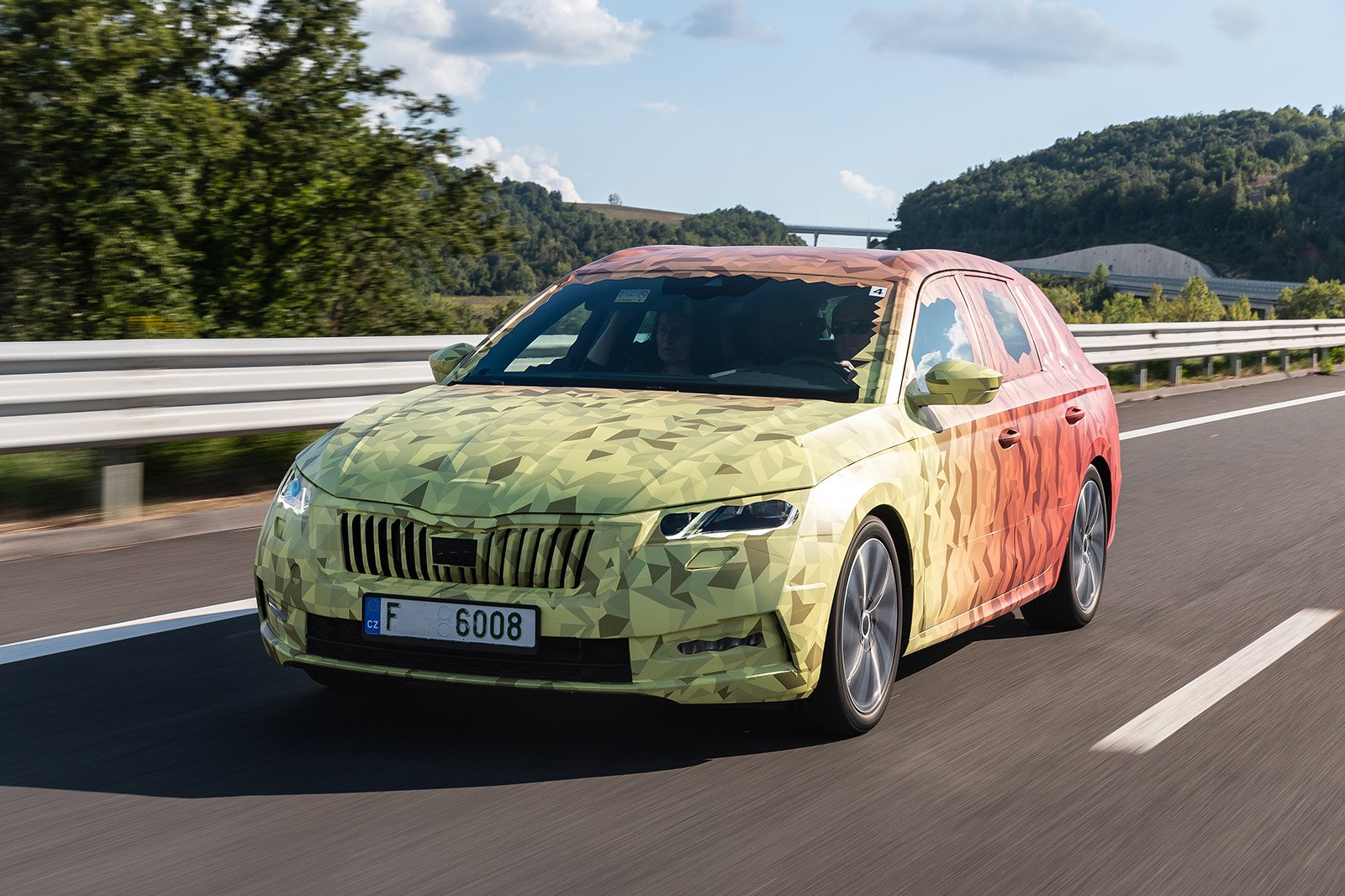 The Skoda Octavia has long been a firm favourite here at What Car?. Despite it being priced to compete against family cars such as the Ford Focus and Volkswagen Golf, the Octavia has provided more interior space for a similar financial outlay. Furthermore, its easy-going nature, decent levels of standard equipment and efficient engines make it a relaxing companion that’s easy on the purse strings, too.

But time waits for no man (or car), so after six years on sale, it’s time for the Octavia to enter its fourth generation with fresh looks inside and out plus plenty of new technology. To give us a good indication of whether Skoda has a winner on its hands, we've been given the opportunity to drive some late prototype examples of the estate.

Considering around 75% of all new Octavias end up as company cars, it's worth pointing out that CO2 emissions are down by an average of 14%. With mild and plug-in hybrid models available along with regular petrol and diesels, there are five engine and gearbox combinations that emit less than 100g/km of CO2. Unfortunately we’re yet to see exact figures, although we do know the diesels are RDE2-complaint, so you don’t have to pay the 4% BIK tax surcharge for diesels.

But Skoda hasn’t stopped there – oh no. Boot space in the estate is up by 30 litres to a cavernous 640 litres; just 10 shy of something supposedly far larger: the BMW X5. Of course, there’s also refreshed styling inside and out, while sporty vRS and SUV-inspired Scout models are on their way. There’s even a plug-in hybrid with more than 30 miles of electric-only range. 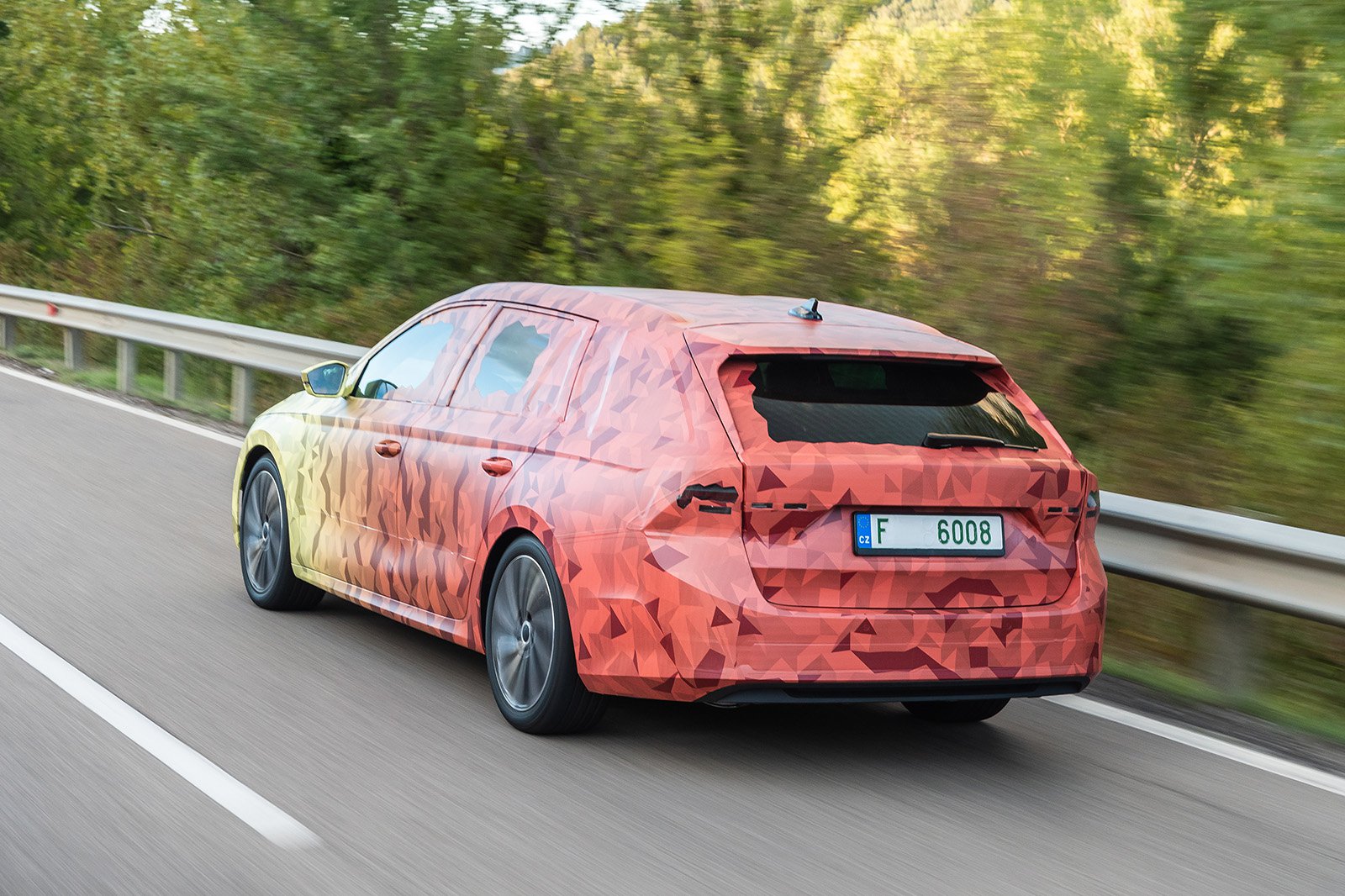 So far, we’ve driven the familiar turbocharged 1.5-litre four-cylinder petrol engine with a six-speed manual gearbox from the old car and a new 2.0-litre diesel linked to a seven-speed automatic. Both have had a stern test, because all our driving has been done with four occupants on board over some particularly hilly terrain.

The 1.5-litre impresses with its hushed engine note and proves more than strong enough to accelerate up steep hills. You do have to be prepared to have the engine spinning beyond 2000rpm for it to pick up speed with real conviction, but it remains smooth all the way to the redline and the gearchange is slick.

However, it's the new diesel that proves the best match. It's smoother and quieter than the engine it replaces and offers greater low-down pulling power, so it doesn't need to be worked as hard up steep slopes. Meanwhile, the automatic gearbox shifts smoothly and swiftly, feeling far less hesitant than many other modern autos.

Both our test cars rode on 18in alloy wheels and optional adjustable suspension. With the suspension in its softer Normal mode, the ride is impressive, proving comfortable even over some particular turbulent Tuscan roads. And the suspension is certainly quieter (the current Octavia is particularly noisy over bumps), with just the odd thud over particularly scarred surfaces.

Despite its comfort, the Octavia handles impressively. Body lean is well contained and grip levels are high, while its precise steering weights up reassuringly during cornering. You wouldn’t call it a barrel of laughs, but it’s very competent and can be hustled along at a decent clip. 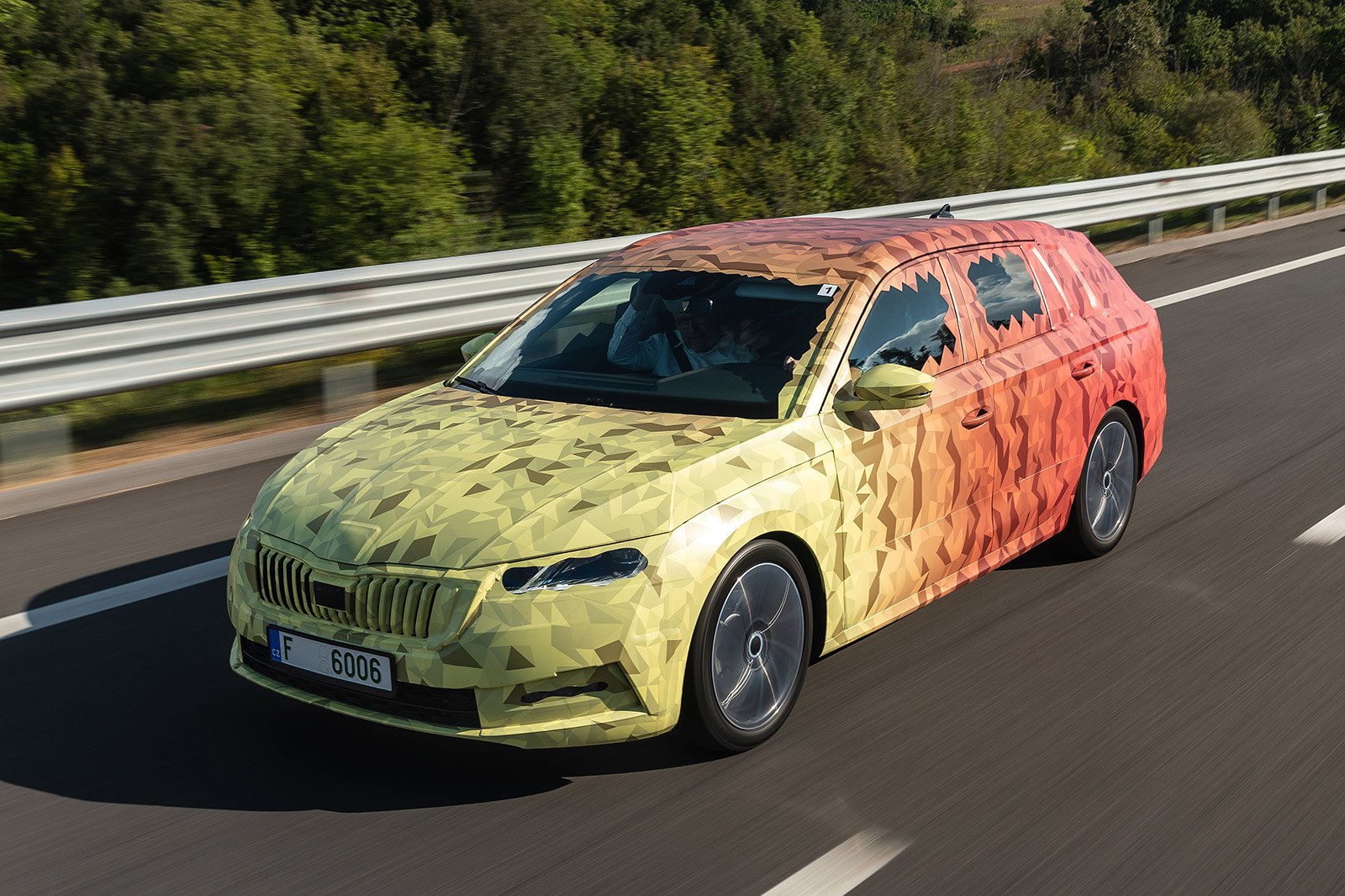 Interior space is much the same as before, which means enough leg and head room for a 6ft-tall adult to sit behind another with room to spare. The boot is certainly large with a good square shape, while a variable-height  floor leaves virtually no load lip when it's set to its highest position. There’s also a number of 'Simply Clever' features available, including a roof-mounted USB port to power your dashcam, a funnel built into the screenwash reservoir cap and, of course, Skoda's signature trick: an umbrella tucked usefully away inside the front door.

Although we can’t show you the dashboard design yet, we can tell you that it looks and feels a bit more upmarket. Unfortunately, Skoda has also joined the many manufacturers trying to banish the button: almost everything, including the climate control system, is operated via the car’s touchscreen. This is more distracting to use while you're driving than simple physical buttons.

In the same vein, the the dial-controlled infotainment system in the Mazda 3 is also easier to use while driving than a touchscreen. The Octavia’s touchscreens come in two sizes, 8.3in or 10.0in; we've tried the latter and found its graphics sharp and its menus easy to navigate.