Range-topping all-electric Ford Mustang Mach-E GT sets its sights on the Tesla Model Y with explosive pace and a host of upgrades...

The Ford Mustang Mach-E GT is, quite simply, one of the fastest accelerating Fords money can buy you in this country.

As the range-topping 'halo version' of the fully electric Ford Mustang Mach-E, it gets a sportier look than the rest of the line-up, along with upgraded Brembo brakes, tweaked suspension and – perhaps most importantly – loads more power.

In the electric car world, it’s priced in line with other SUVs such as the Jaguar I-Pace and BMW iX3, but its closest competitor is likely to be the Tesla Model Y. As a high-powered SUV, it can also be seen as an alternative to the Alfa Romeo Stelvio Quadrifoglio and other petrol-powered competitors. 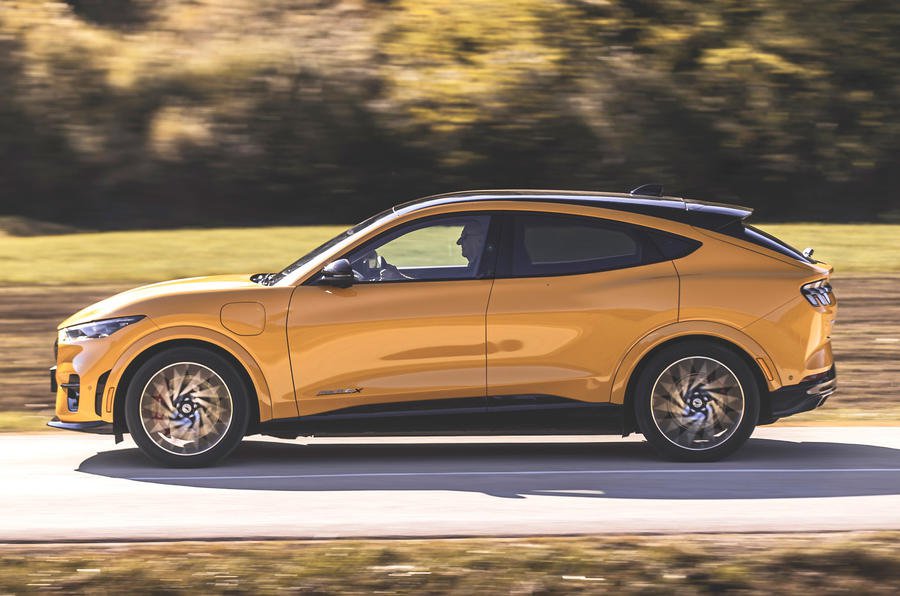 Well, it is certainly quick. When you plant your right foot on a straight bit of road, this enormous SUV takes off like a bolting horse.

The 0-62mph sprint time is similar to the V6-engined Stelvio Quadrifoglio's, and a fair bit swifter than those of electric rivals such as the I-Pace and iX3. As hardcore Tesla followers will be quick to point out, the Model Y in Performance guise (which we've yet to test) will do it in 3.5sec, although it will be near impossible to notice that difference on the road.

While it’s quick in a straight line, the Mach-E can’t quite hide its considerable bulk in the corners. It doesn’t have the freakish agility of the high-riding performance-focused Stelvio, and feels more wallowy during sudden directional changes. The steering doesn’t help, either – like the standard car's, it’s quick but inconsistently weighted, which doesn't inspire confidence 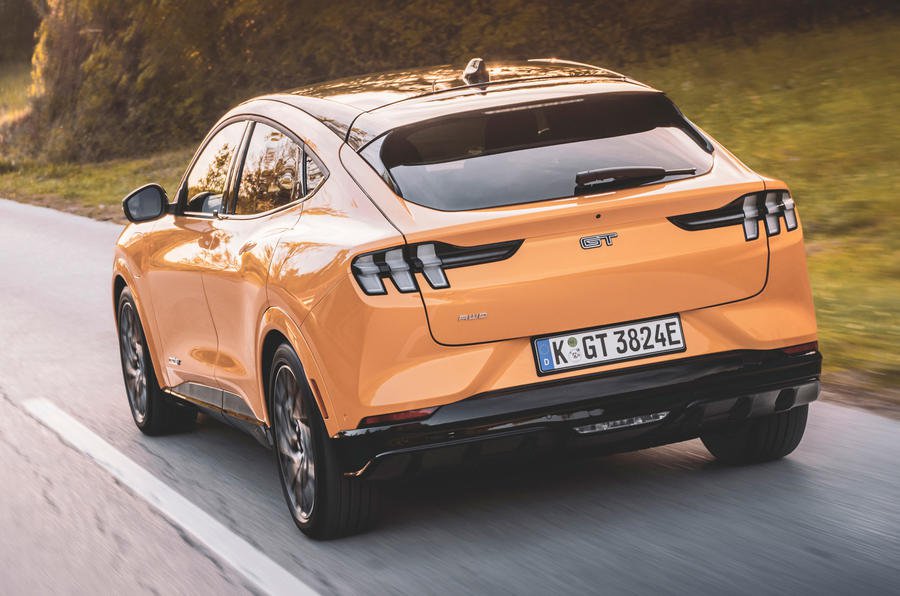 Ultimately, while the performance may be more explosive, it's actually less enjoyable to drive than the slower, smoother and nimbler iX3.

Compared with the rest of the Mach-E line-up, though, the GT benefits from having adaptive suspension as standard. Cheaper versions are plagued by a bouncy and altogether irritating ride, but the suspension on the GT noticeably reduces that unsettled sensation, making it feel far more planted and comfortable.

The claimed range stands at 310 miles. It will do less in real-world driving conditions (unless you’re driving extremely gently and slowly in warm weather), but the Mach-E GT will still match everything it’s up against. The official figure is slightly longer than the Model Y Performance's range – but that car has the huge advantage of access to the brilliant Tesla charging network, which more than makes up for that.

Comfortable and supportive Ford Performance sports seats come as standard in the GT, and you’ll spot some suede-effect material on the dashboard and doors, which you won’t find in the lesser Mach-E models. 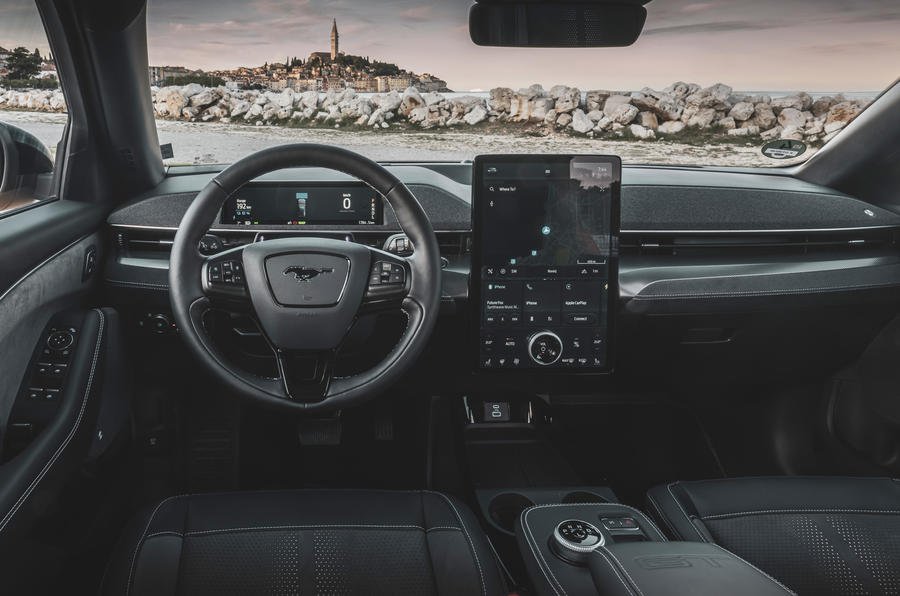 While that does help lift the perceived quality of the interior, it isn't enough to live up to that lofty price tag – mainly because of the cheaper plastics still present and the slightly wobbly centre console. The Model Y isn’t brilliant inside, but it feels a little more robust and upmarket than the Mach-E GT, while the I-Pace and iX3 are also plusher inside.

As with every Mach-E, you get a massive 15.5in touchscreen infotainment system (now with a ‘sketch’ function that allows you to draw on the screen). It’s a pretty good system by the standards of the class, but it can be a bit laggy and ponderous in its response times. At least most of the icons you need to use often are relatively large, and the climate controls are permanently visible at the bottom of the screen.

As for the space, it’s the same as every Mach-E, which means taller adults will fit comfortably in the back, but the boot is a little stingy considering the car’s large footprint.