The Land Rover Defender Hard Top is a new commercial version of this reborn 4x4, which swaps rear seats for extra cargo space... 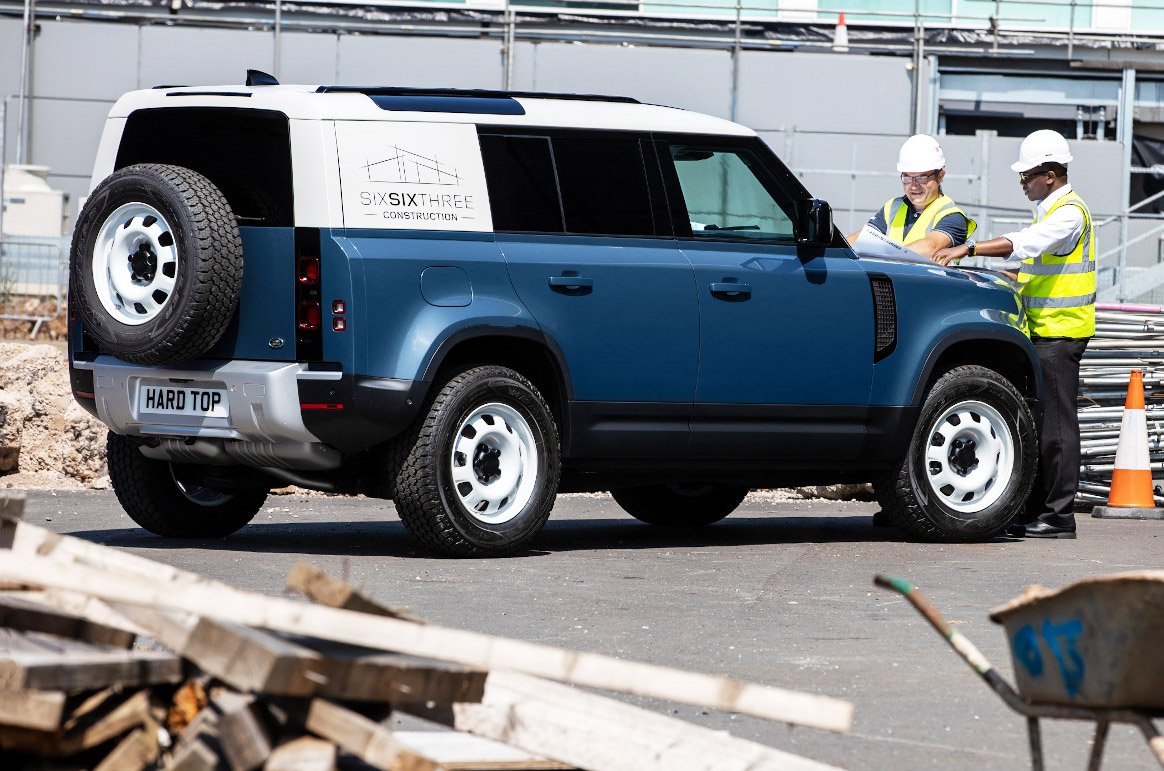 The original Land Rover Defender was as popular with farmers as it was the fashion conscious, and the new version could potentially repeat that trick, because there's now a commercial version.

Called the Land Rover Defender Hard Top (a name that dates back to the 1950s, but feels like an odd choice given that the modern passenger model also has a fixed roof), it's available in both three-door '90' and five-door '110' bodystyles, and ditches the rear seats to deliver a bigger cargo space. 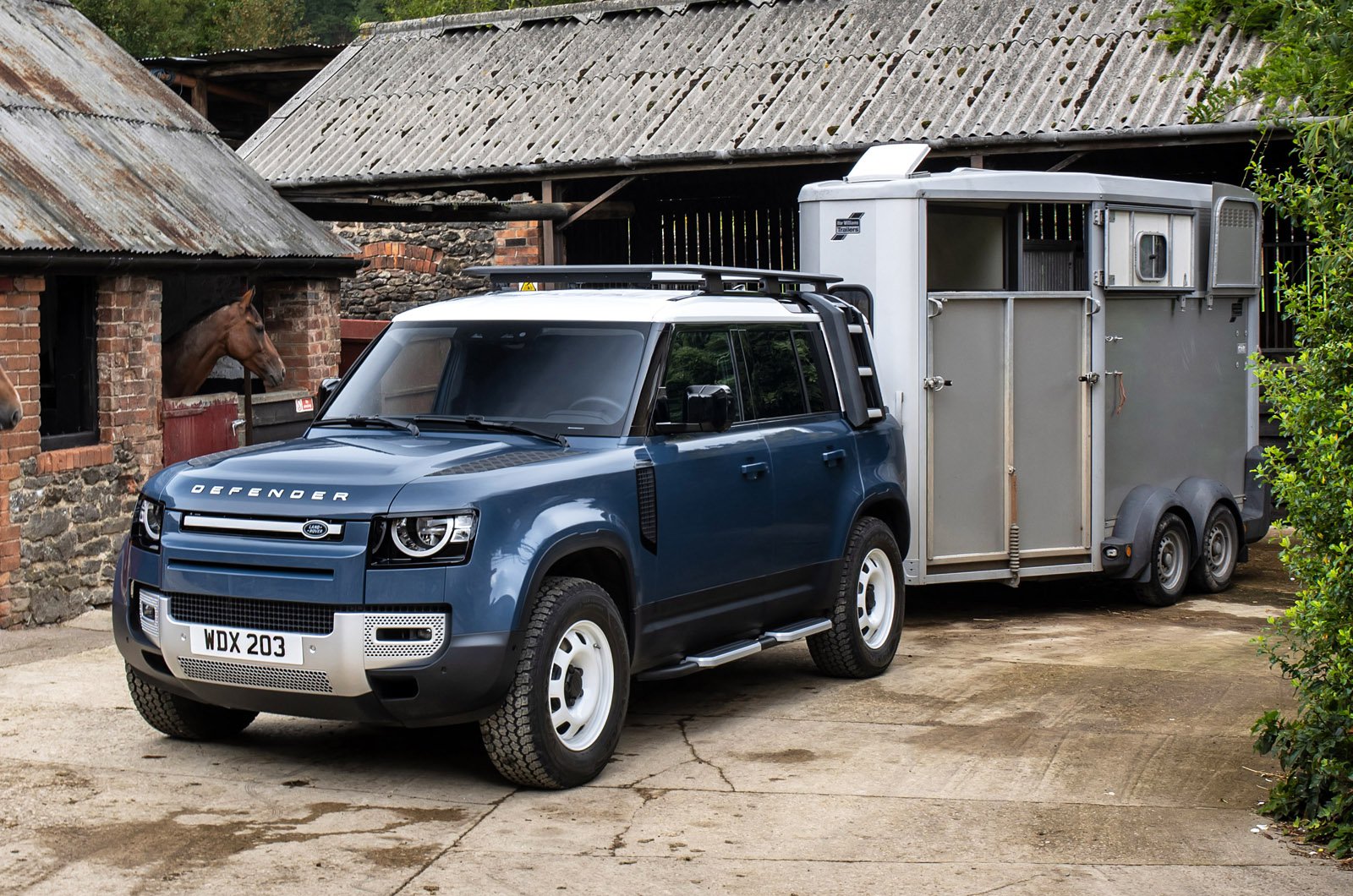 In each case, the regular car's four-wheel drive system is retained, so the Defender Hard Top should be very capable off road, although air suspension becomes an option and is available only on the 110; on the passenger model it's standard on the 110 and an option on the 90.

With it fitted, you can wade through water up to 900mm deep, aided by a special Wade driving mode. Plus, the Hard Top has a towing capacity of up to 3500kg.

A fixed, full-height partition separates occupants from the load area, which provides 1355 litres of space in the 90 and 2059 litres in the 110. Combined with a wide-opening, side-hinged tailgate, this allows the 110 to accommodate a standard Euro Pallet. 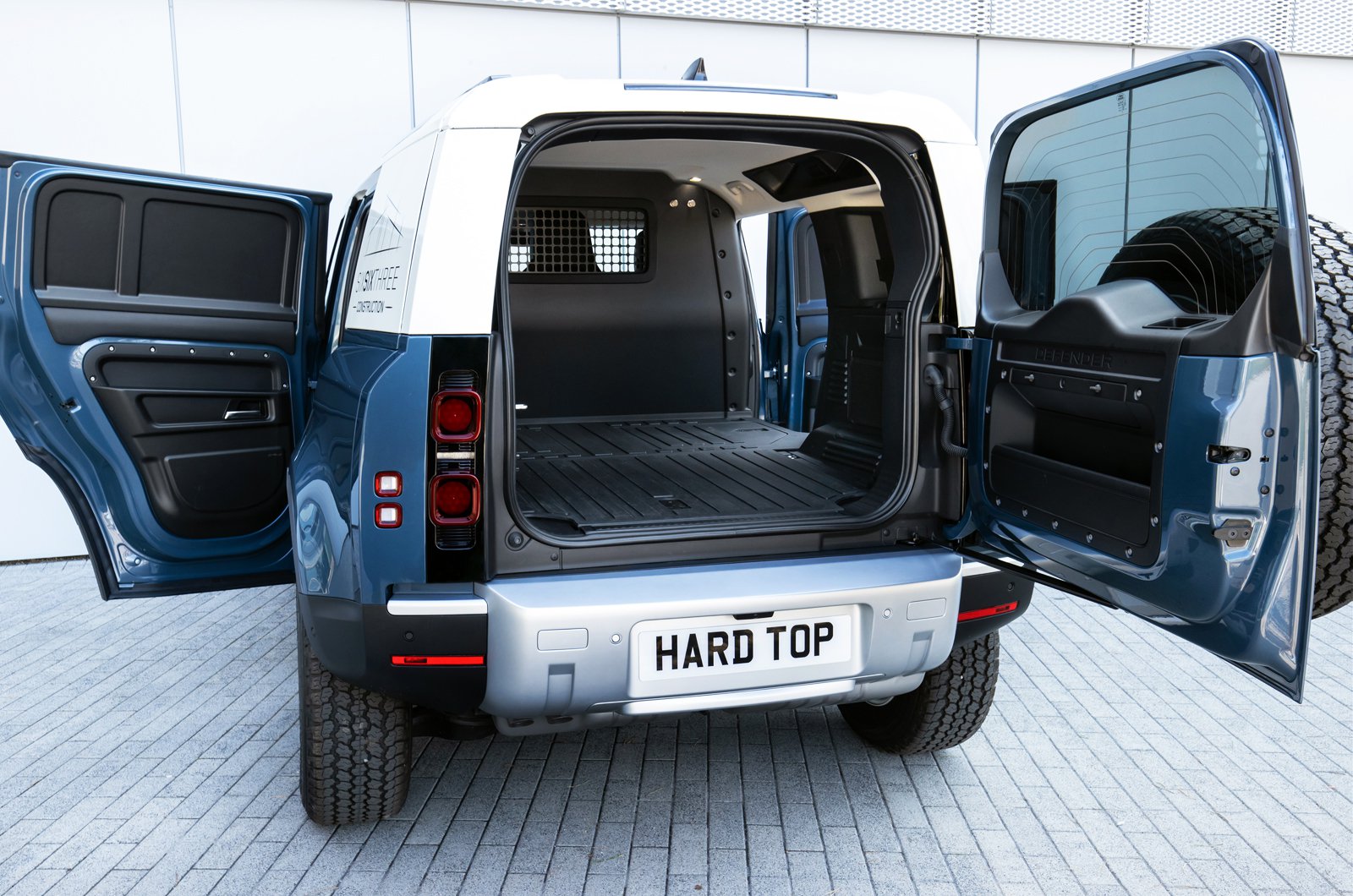 The load floor is completely flat, with up to six integrated lashing points, heavy-duty rubber mats and a lockable area providing 58 litres of underfloor stowage at the rear of both versions.

What's more, the 110 has an additional underfloor area where the footwells of the Defender passenger model would be, providing 155 litres of hidden stowage.

While there are no rear seats, a central 'jump seat' can be specified, turning the Defender Hard Top into a three-seater. And the list of standard equipment includes a 10.0in touchscreen infotainment system with lots of functionality and Apple CarPlay and Android Auto smartphone mirroring.