Can a range of updates push the Mini hatchback to the top of the small-car class?...

You might not believe it, but the ‘new’ Mini hatchback has been with us in one form or another for two decades. To celebrate this milestone and keep the current car fresh for a few more years, it's facelift time for this small but sumptuous hatchback.

Whether you’re after a rakish three-door, practical five-door, fun-loving cabrio or a bunny-hugging electric version, you’ll find a few tweaks to keep things current. There’s a larger grille up front, with a body-coloured strip on non-sporty versions, restyled bumpers and the usual selection of new wheels and colours.

You’ll find a few interior tweaks including an upgraded infotainment system we’ll come on to shortly, but there are next to no changes to the oily bits. In fact, the only mechanical change is a new adaptive suspension system that’s standard on Sport models and optional on Exclusive and John Cooper Works versions.

That means there’s still the choice of two turbocharged petrol engines, either a 1.5-litre three-cylinder or 2.0-litre four-cylinder, both with two power outputs. If that wasn’t enough to pick from, you can have either a manual or automatic gearbox with all engines. If you’d rather not rely on fossil fuels, there’s also the three-door-only Mini Electric. 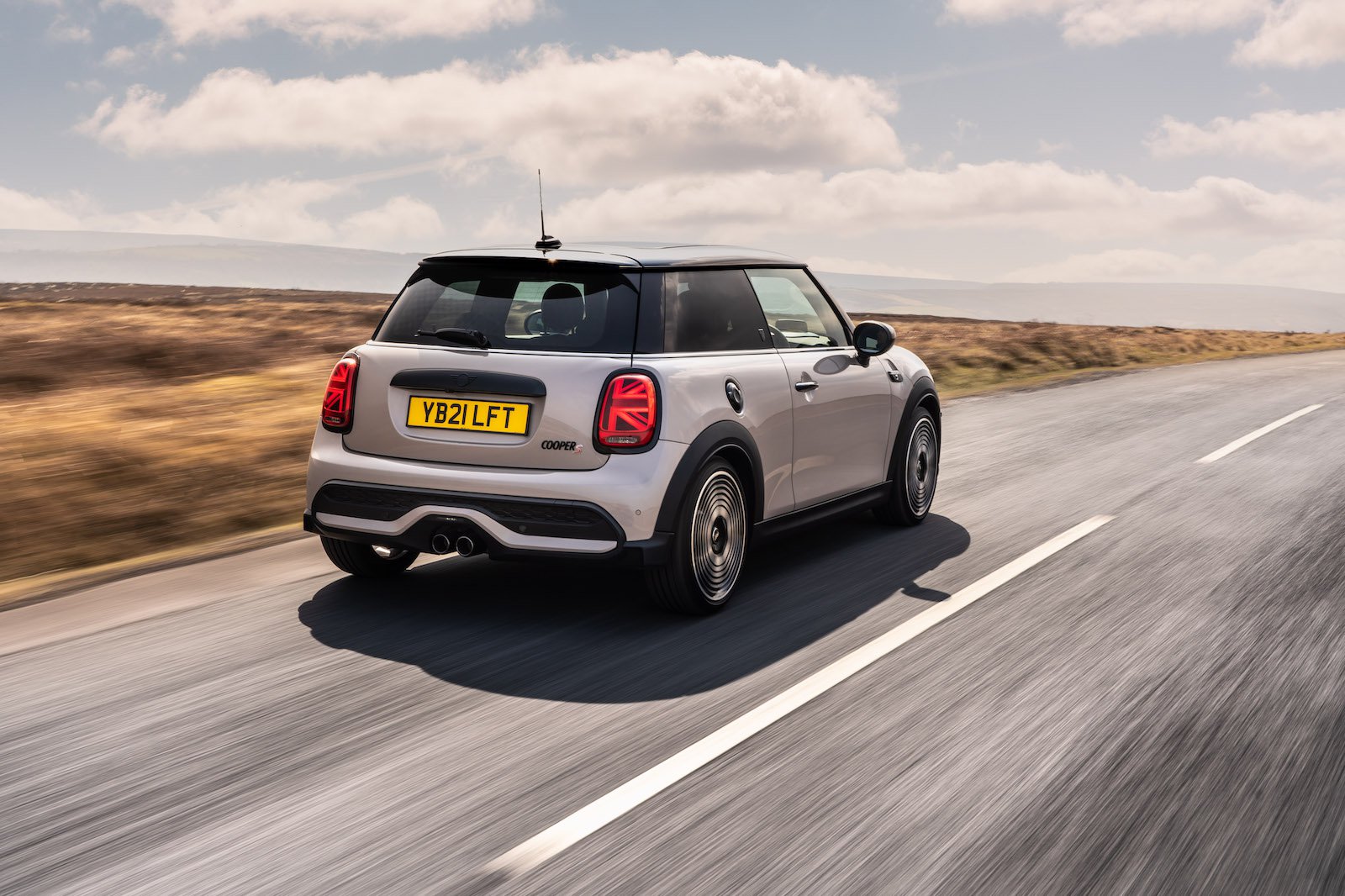 Our favourite engine in the Mini hatchback has always been the second-rung Cooper model, and unsurprisingly there’s no change there. This 1.5-litre turbocharged three-cylinder engine is a peppy performer with 134bhp and a 0-62mph time of 8.2sec if you pick the three-door manual.

You don’t have to work the engine particularly hard to make decent progress, and it's happy to be thrashed if you want to go a little quicker. The 2.0-litre Cooper S knocks a good 1.5sec off the 0-62mph sprint and has even more low-end urgency. However, its 176bhp causes the steering wheel to writhe around in your hands if you try to use it all. Opt for the John Cooper Works’ 228bhp 2.0-litre – or the Mini Electric for that matter – and it feels even more unruly.

It’s not as though the punchier models are the most fun to drive, either. While plenty of you will appreciate the swifter acceleration they offer, the bigger, heavier engine makes them feel less keen to dive into corners or change direction than the nimble Cooper. Regardless of the version, an Audi A1 has more front-end bite when pushed, while the Ford Fiesta rules the roost for fun in the small-car class. 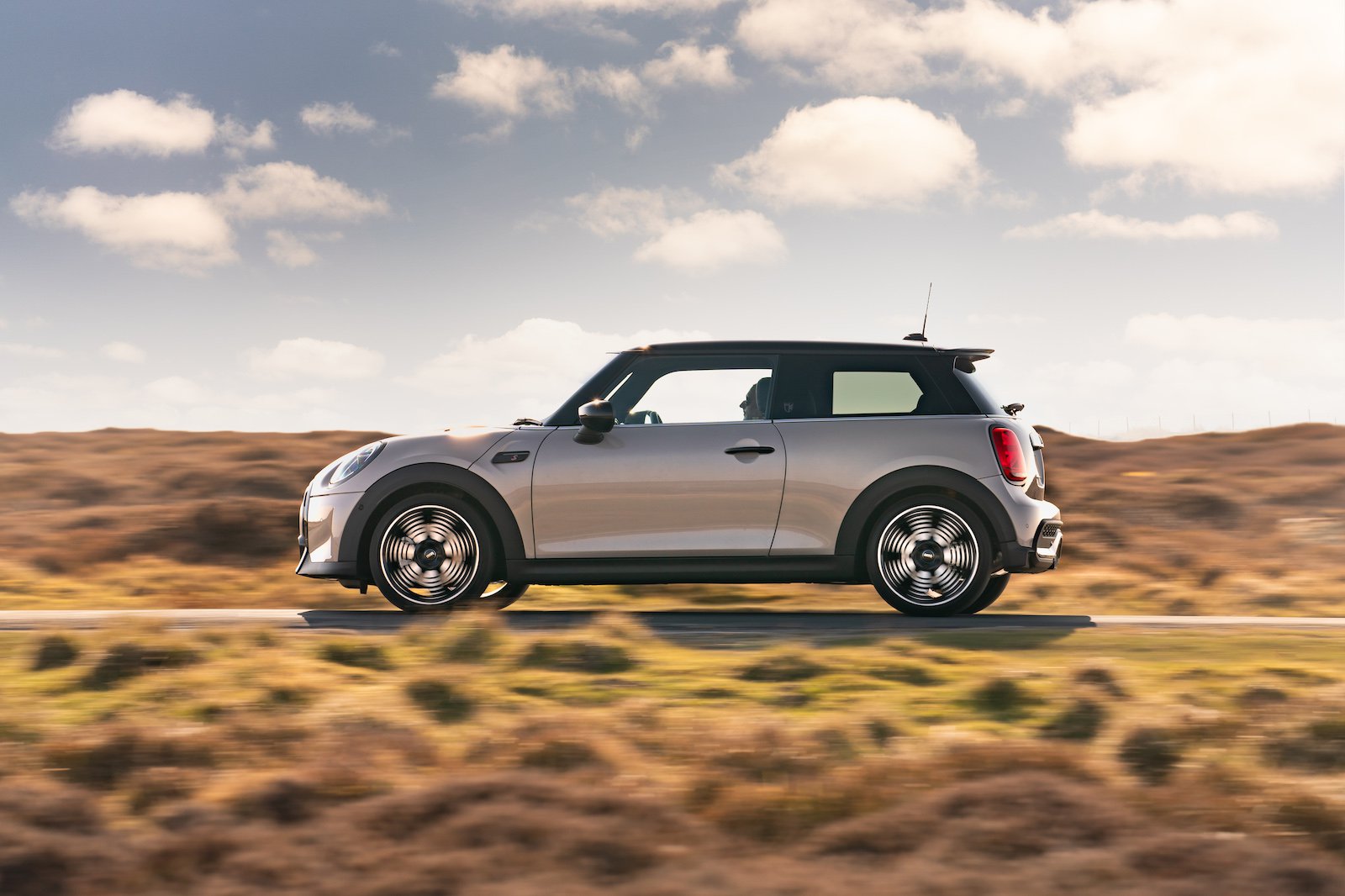 There is a price to pay for the darty handling, and that’s a ride that’s at the firm end of the class. The new Intelligent Adaptive Suspension doesn’t have switchable modes, but it does make progress less jarring over potholes and expansion joints. We’d definitely recommend it if you’ve got your eye on big 18in wheels. Even with it fitted, you’ll find the Mini, especially the Electric, is more fidgety and less comfortable than an Audi A1 or VW Polo.

The Cooper engine is one of the smoothest and quietest three-cylinder engines out there, and while the six-speed manual 'box isn’t as a slick as a Fiesta’s, it’s precise enough. The automatics are decent, though, proving less dimwitted and smoother than an A1’s. 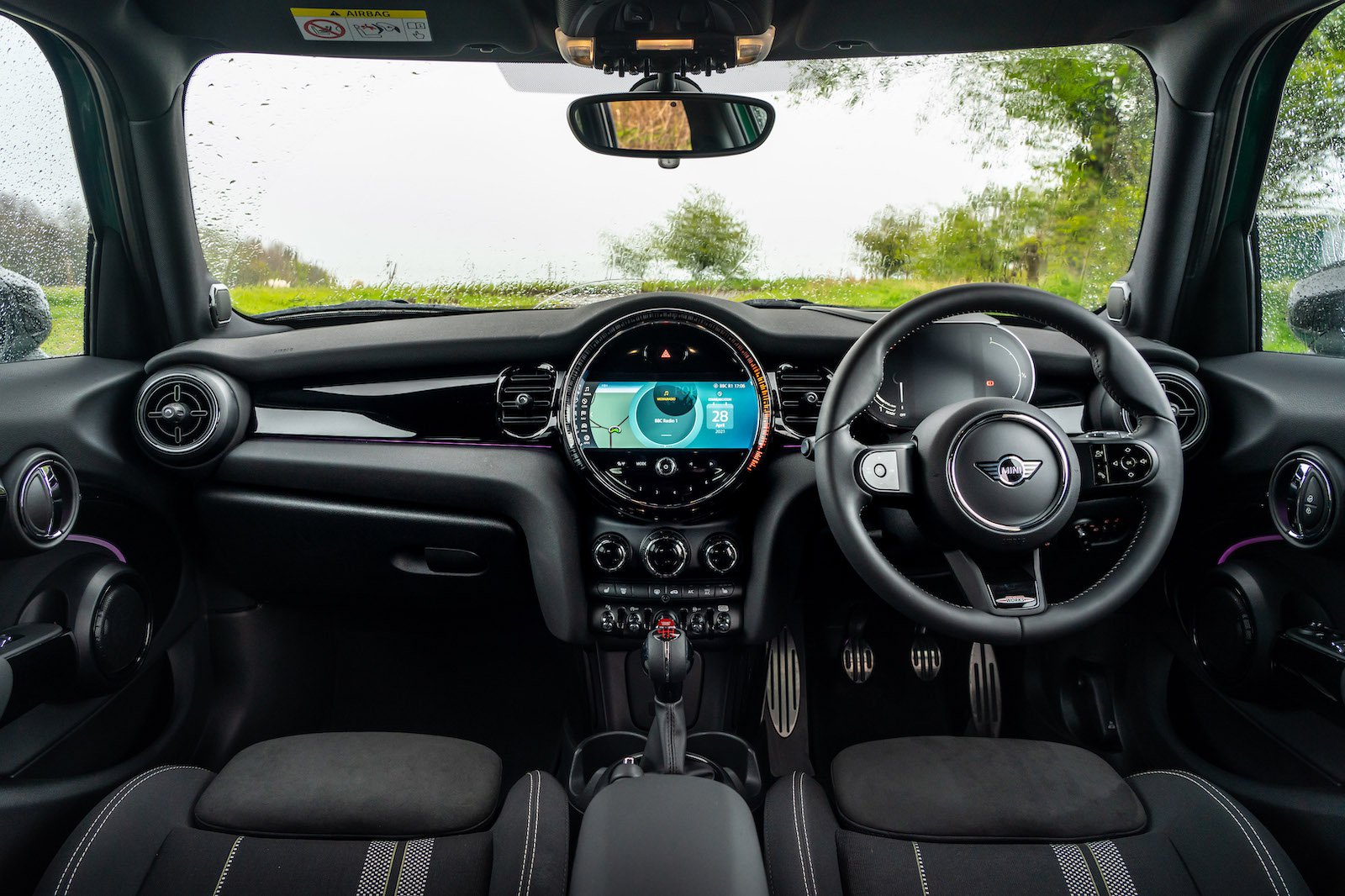 The biggest change to the Mini’s interior is the addition of a big 8.8in infotainment system as standard. You get a DAB radio and Bluetooth connectivity as standard too, but you still have to pay extra for sat-nav and Apple CarPlay. At least you’ll find the screen has sharp graphics, easy to fathom menus and the option of controlling it by touch or using a rotary dial between the seats.

The former makes it easier to punch an address into the navigation when you’re stationary, but the latter is less distracting to use on the move when switching between functions, helped by a few useful shortcut buttons. Go for the navigation plus pack (or a Mini Electric) and the analogue dial behind the steering wheel is replaced by a little digital display, although it's nowhere near as feature-packed as an Audi A1’s. 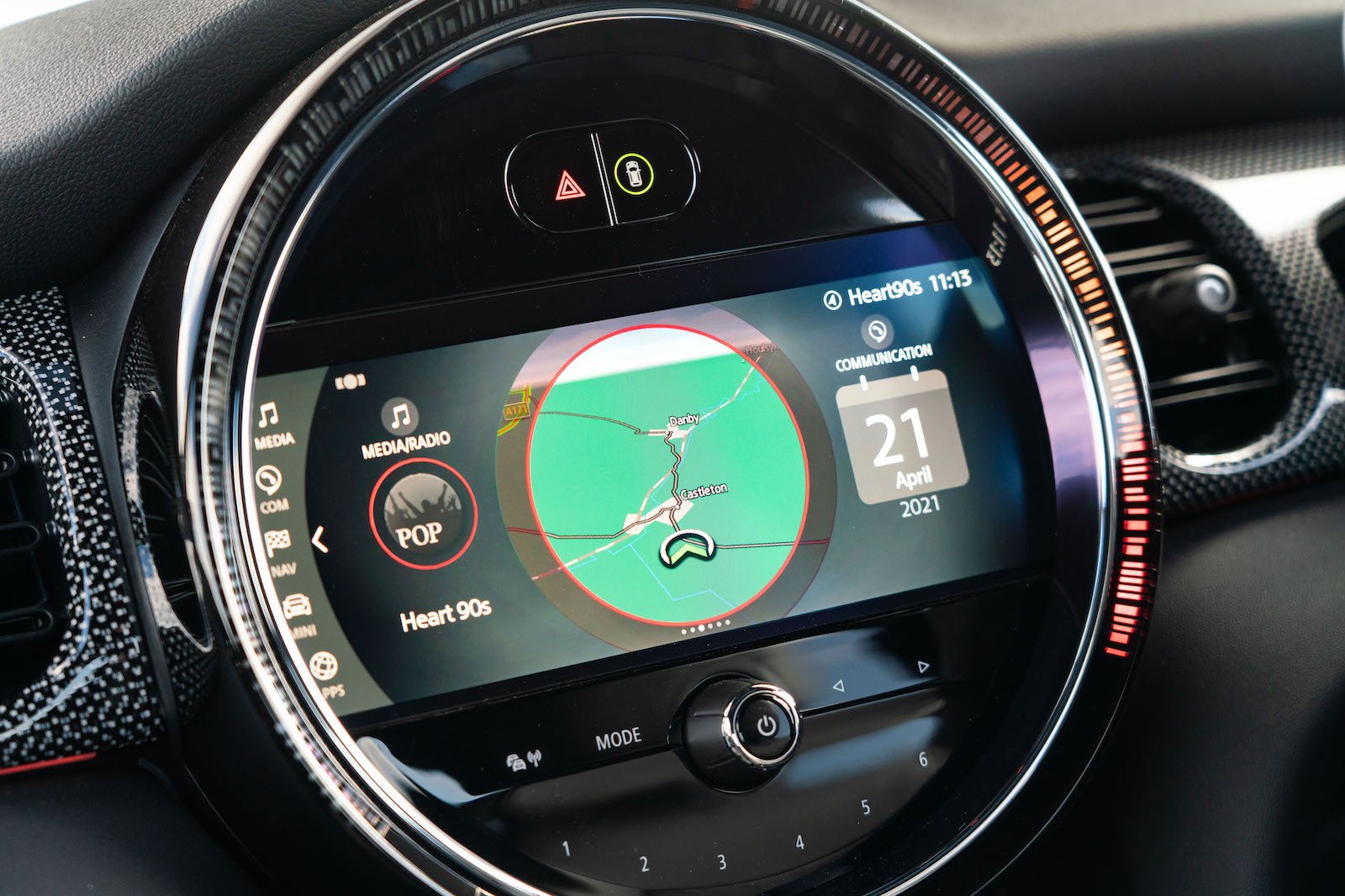 Also new is the steering wheel that’s wrapped in supple leather. It certainly feels nice to hold, but the new piano-black control pads rattle slightly when you tap them, harming the premium feel. That’s a shame, as the rest of the interior is by far the plushest in the small car class, with lots of expensive feeling switches, squishy plastics and an overall air of solidity.

If you want to know about space and practicality, we’d point you towards our existing Mini three-door, five-door and Electric reviews as those elements are unchanged.

Next: Mini Hatchback verdict and specs >>