For the first time, the M3 performance car is going to be available as an estate. Here's everything you need to know about this new BMW M3 Touring...

The new BMW M3 Touring is the high-performance version of the 3 Series that will appeal to dog owners. However, they should resist the temptation to use maximum acceleration when Fido is in the boot, because the resulting g-force is likely to leave him stuck to the inside of the rear window, resembling a suction toy.

You see, this is the first time in the 36-year history of the BMW M3 that it’s been offered as an estate. But while that means it’s the most practical car ever to wear the badge, the M3 Touring uses the same 503bhp twin-turbo 3.0-litre engine as the saloon, and gets traction-enhancing four-wheel drive to help you make the most of all that power. 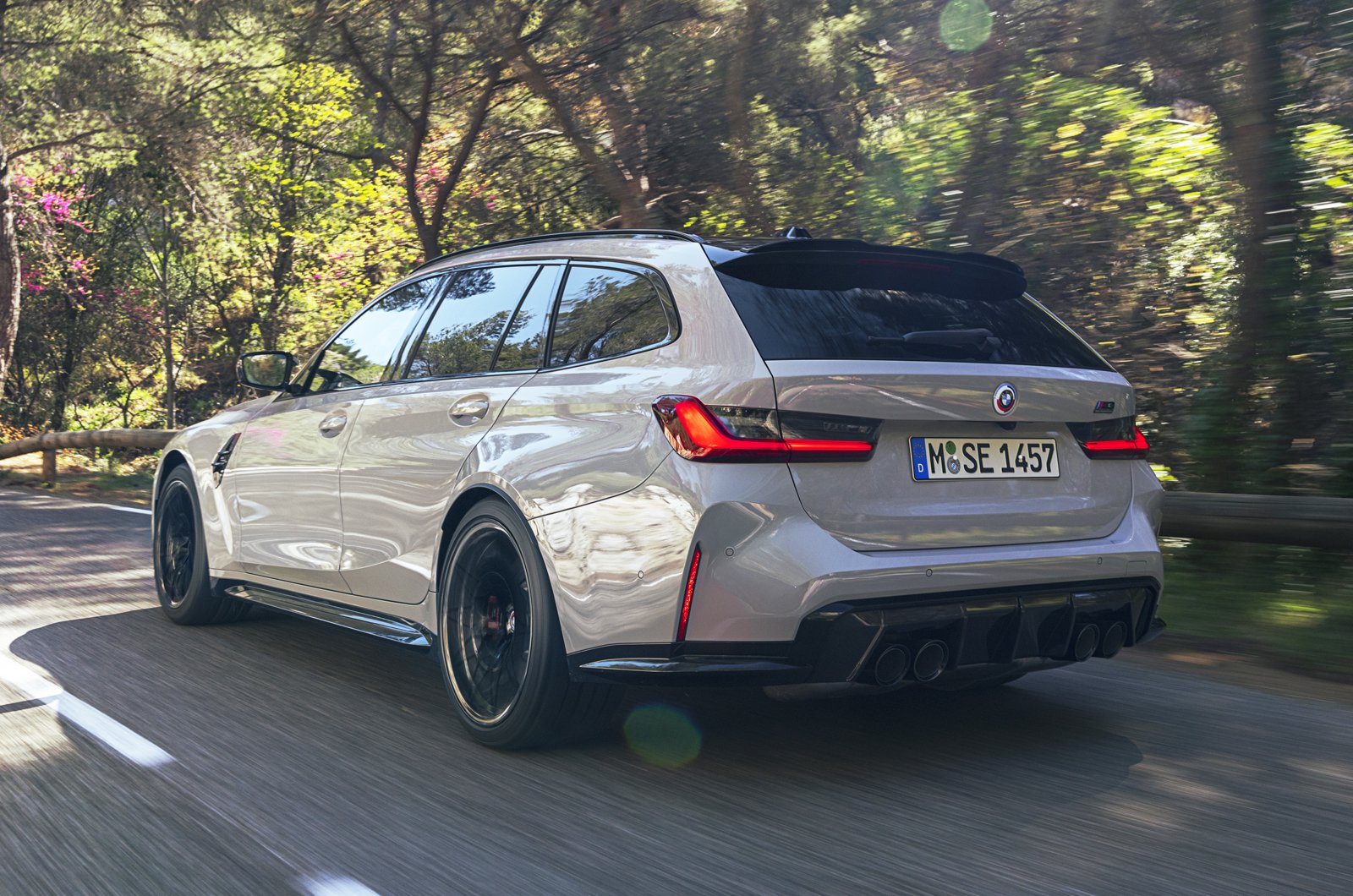 The result is 0-62mph in 3.6sec, which is just 0.1sec off the time of the equivalent saloon and half a second quicker than the rival Audi RS4 Avant can manage. Meanwhile, top speed is electronically limited to 155mph (unless you specify the optional M Driver’s Package, in which case it’s raised to 174mph).

Like the M3 saloon, the M3 Touring is easy to tell apart from lesser versions of the BMW 3 Series, thanks to beefier wheel arches and bumpers, quad exhausts and a huge, vertical front grille. However, the two M3s are actually quite different from one another inside – and not just in the luggage area. 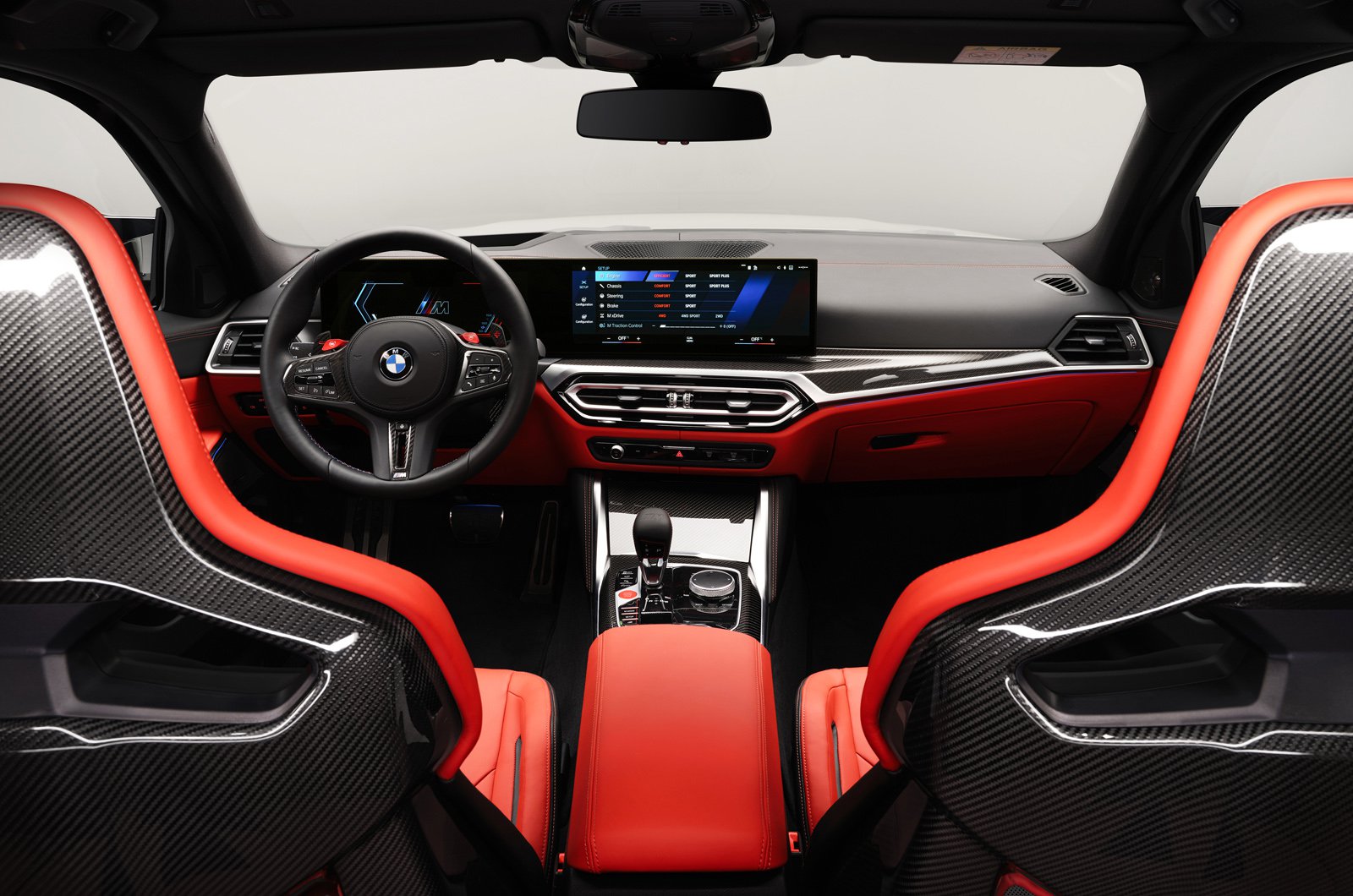 This is because the Touring is the first M3 to get the dashboard from the facelifted 3 Series. And that’s mostly great news, with it bringing a huge curved display, which is made up of two adjoining screens: a 12.3in one for instrumentation and a 14.9in infotainment touchscreen.

It’s a striking looking setup, plus the infotainment menus are logically laid out and BMW still gives you the option of operating the system using a rotary controller. The only disappointment is that you no longer get simple-to-use physical switches for the climate control; instead, you have to adjust the temperature using the touchscreen or the voice control. 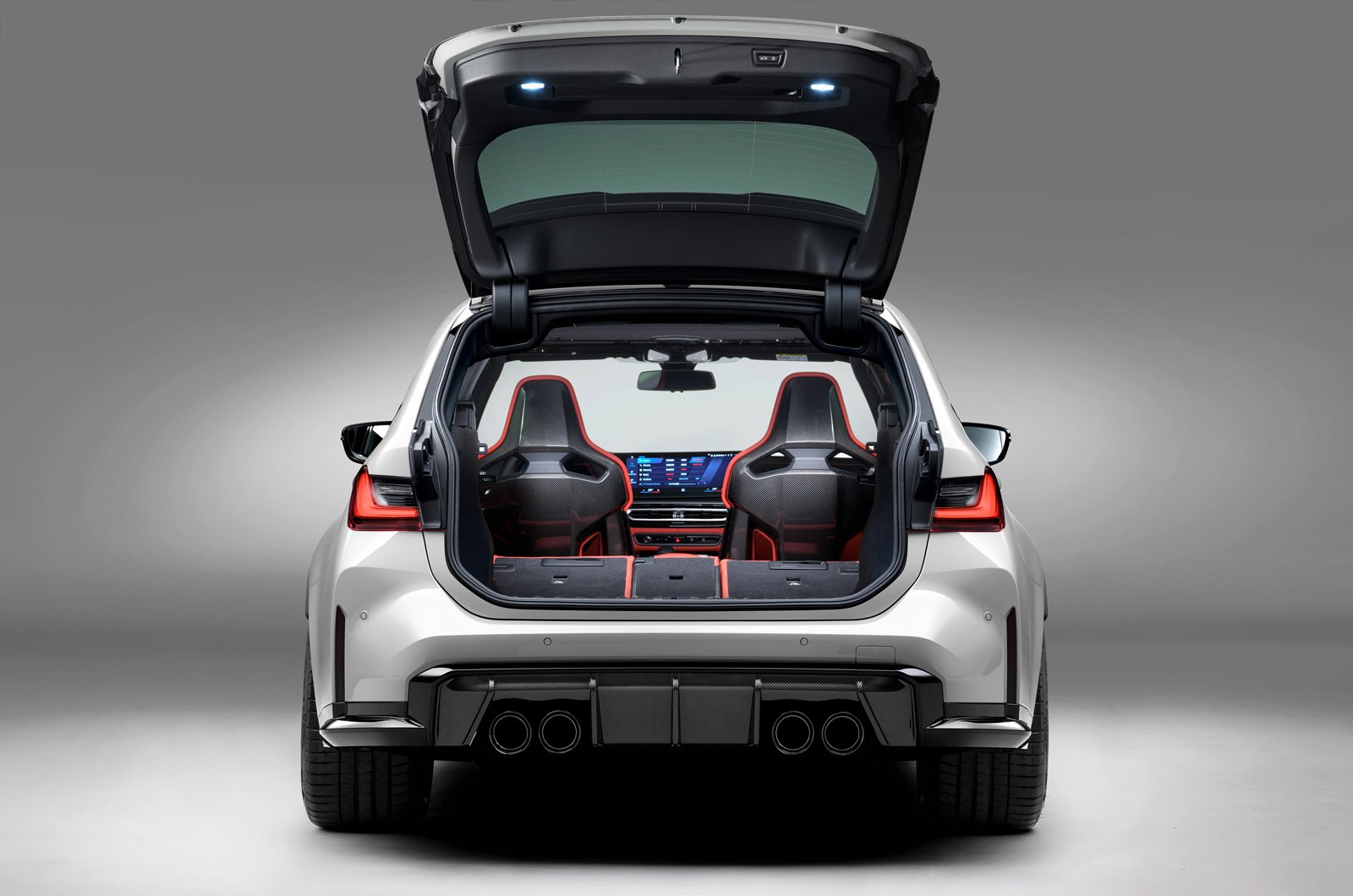 More positively, owners can use the screen to change everything from the loudness of the M3’s exhaust to the firmness of its suspension and the sensitivity of its brakes.

With the seats and luggage cover in place, the boot of the M3 Touring has a 500-litre capacity, which is fractionally smaller than the RS4’s. But handy details include 40/20/40 split-folding rear seats, a powered tailgate with a rear window that can be opened independently, and rubber strips on the floor to prevent luggage sliding around.